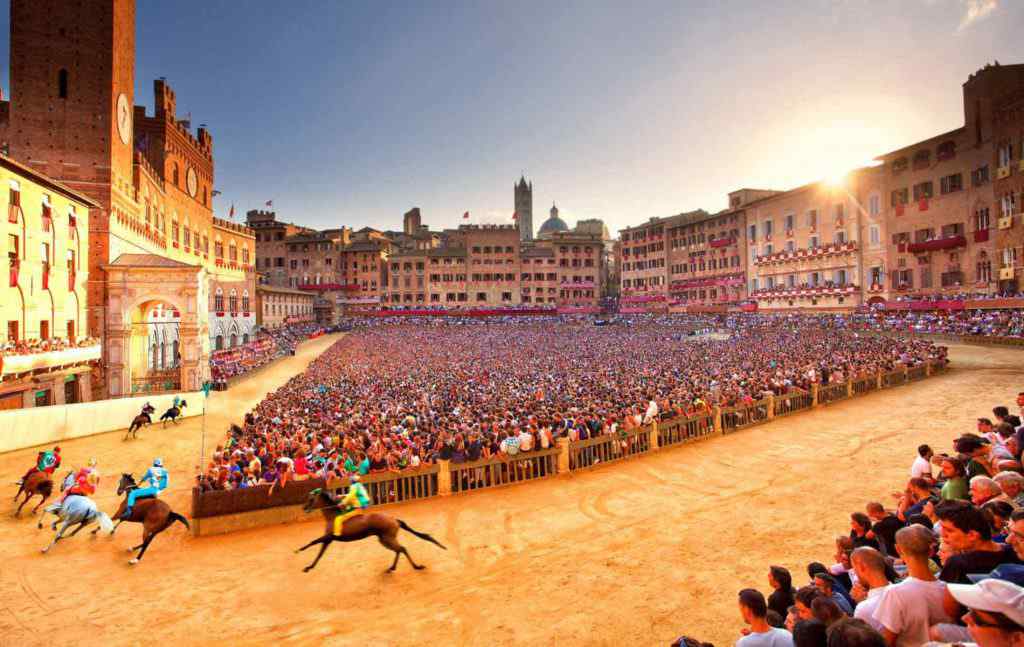 Prior to the race’s start, a spectacular pageant known as the Corteo Storico occurs, attracting visitors and spectators from around the world. Just before the pageant, a squad of carabinieri on horseback, wielding swords, demonstrate a mounted charge around the track, foreshadowing the excitement of the race to come. 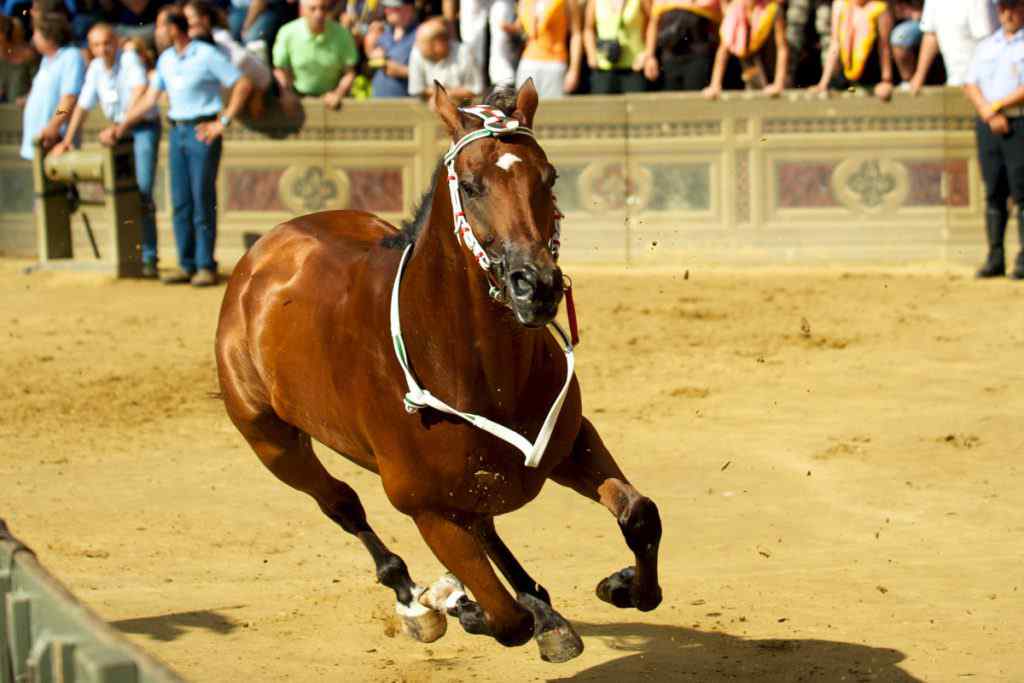 The race itself sees jockeys circle the Piazza del Campo three times, the whole event usually lasting no longer than ninety seconds. The jockeys actually ride the horses bareback, and it is common for a few to be thrown off their horses while making the treacherous turns in the piazza. The winner is the first horse to cross the finish line and hence a horse who has lost its jockey can still be crowned the winner. The loser in the race is considered to be the contrada whose horse came second, not last. The winner is awarded a banner of hand-painted silk.

Il Palio is more than just a horse race. It is the culmination of ongoing rivalry and competition between the contrade. The lead-up and the day of the race are invested with great passion and pride. Formal and informal rituals take place as the day proceeds, with each contrada navigating a strategy of horsemanship, alliances and animosities.

This looks like a lot of fun don’t you think Globetrotters? Anyone care to give it a go?