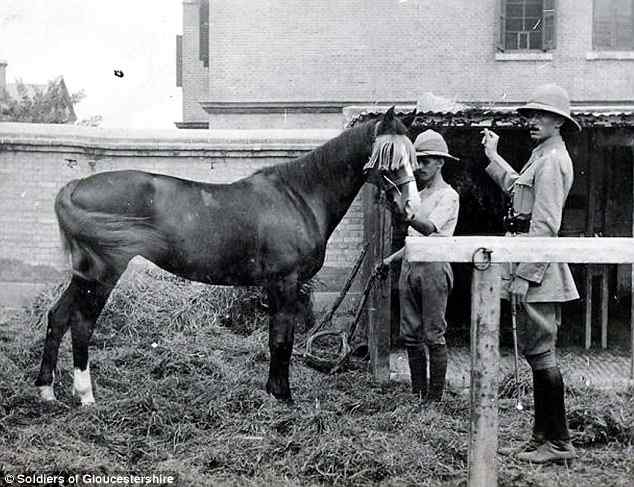 There are many remarkable stories of horses who survived the Great War against insurmountable odds, carrying wounded soldiers from the bloody battlefields to the hospital tents day in and day out. Yet no two stories are ever the same and the story of The Sikh can attest to that.

The Sikh was a British war horse who served for four years during WWI, dodging shellfire and grenades as she delivered supplies to bloodied and battered troops in the trenches. But what makes this story unique is what happened after the war – The Sikh walked all the way back home from southern Russia to Devon, England.

Bred in Australia, The Sikh spent time in India before later being transferred to North China with the 36th Sikh Regiment. In 1913, Lieutenant Alexander Craven Vicary claimed her as his own and when Vicary was called to The Front in 1914 he received special permission to take the mare with him. After a treacherous 8-week sea voyage, once they reached Europe, The Sikh travelled with Vicary’s regiment through Serbia and Bulgaria, delivering supplies to troops on the front lines. Many of the men the mare encountered on the Western Front viewed her as an omen of good luck. The Sikh and Vicary spent time in the trenches of Flanders and France before moving on to southern Russia.

When the war ended in 1918, The Sikh marched through Turkey, Greece, Italy and France on her way to her new home in England where she lived out the rest of her days in peaceful retirement. And thank goodness she had the strength to make it to England, since it would have been a tragedy for such a hero to end up on a dinner plate in Russia!

Plans are underway to honor The Sikh’s legacy at the Soldiers of Gloucestershire Museum, putting a rare name and face to a generation of animals whose brave acts may never truly be known.