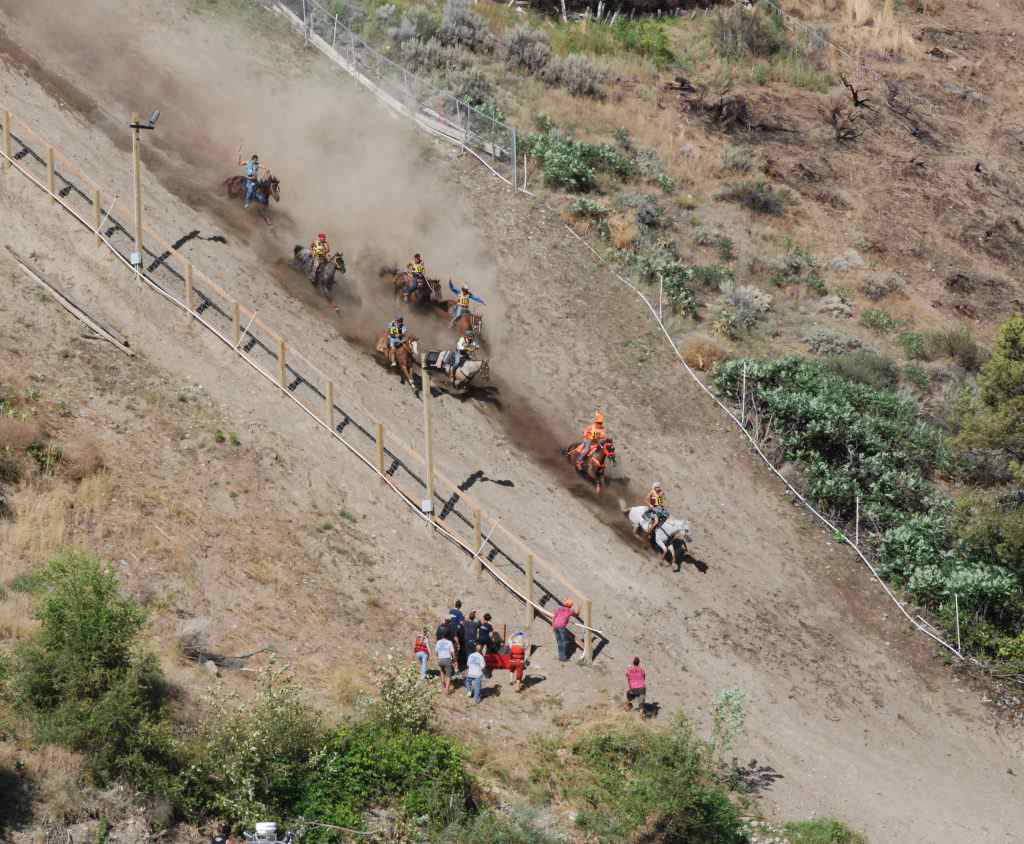 Since 1935, the small town of Omak, Washington has played host to the World Famous Suicide Race. Held every year during the second week of August and as part of the Omak Stampede rodeo, the Suicide Race sees horses and riders run down Suicide Hill – a steep 62-degree slope that runs for 70 metres to the Okanogan River.

The Suicide Race used to be a tradition on many local Native American reservations, but Omak is the only place in America where it is still run. The course starts at the top of Suicide Hill, where riders have around 15 metres to get their horses up to full speed before charging down the hill and into the Okanogan River where they swim across to the other side, then sprint a further 460m to the rodeo arena where a huge crown waits in anticipation.

Around 80% of the riders are Native Americans, who each train themselves and their horses year-round for this grueling competition where winning the $1,000 first place prize money means very little compared to the amount of respect they earn for themselves and their families. Horses and riders have to pass three tests to demonstrate their ability to run in the race and navigate the river – an initial vet exam makes sure the horses are physically healthy and fit; a swim test to ensure horses can cross the river; and the hill test where riders ride their horses off the hill at a controlled pace to prove the animals won’t give way to fear at the edge and possibly cause a dangerous pile-up.

The race is not without controversy and has received a fair amount of criticism in recent years. Although it was boycotted and subsequently cancelled in 1999, this annual event still attracts around 8,000 people.

Now I may be an adrenaline junkie, but I don’t think my nerves would hold up for this Globetrotters, the name alone has me feeling queasy. What do you think? Would you be willing to give it a go?