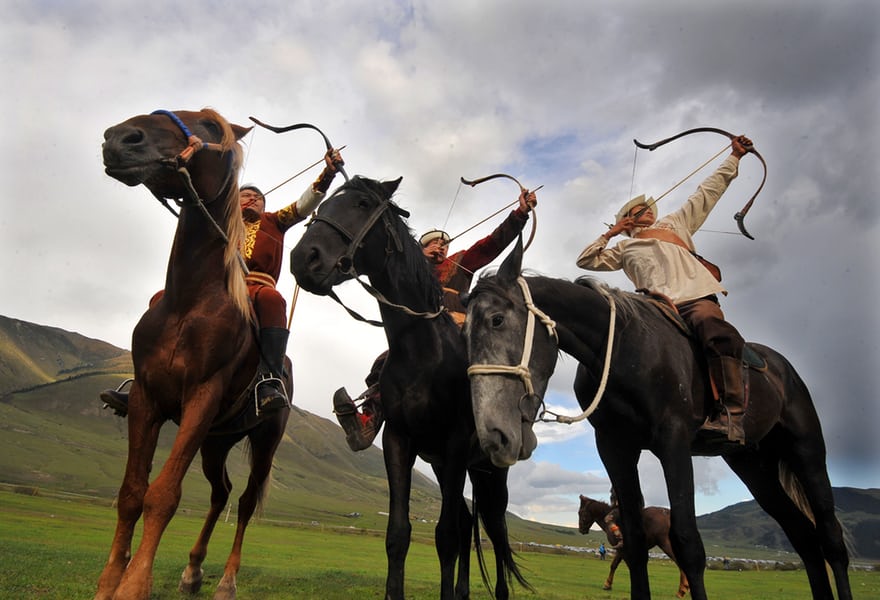 Let’s get real for a moment. Where else can you see sports involving horseback wrestling, mounted archery, long-distance racing and eagle hunting all in the one place? You can’t! Unless of course you attend the World Nomad Games, a biennial event showcasing nomadic sports, culture and lifestyle. With promises of all the epic nomadic action you’ve only ever seen on National Geographic, they sound freaking awesome – a crazy, colourful and cultural experience, what’s not to love? #yurtlife

The mission of the Games is to revive and preserve the historical and cultural heritage of nomadic people from different civilisations around the world, particularly those from Central Asia, through a series of traditional events. It offers spectators the chance to see nomadic sports in their original form, and the 23 sports at the games seriously sound like they’re straight out of a Harry Potter book! We’ve got eagle hunting, horseback archery, Er enish (wrestling on horseback), Jereed (equestrian javelin), bone throwing, Toguz (an intellectual board game), mas-wrestling (two competitors attempt to wrest control of a small stick), Kok-boru (a horseback competition where competitors score goals with a dead goat…not something we support here at Globetrotting) and HEAPS more. 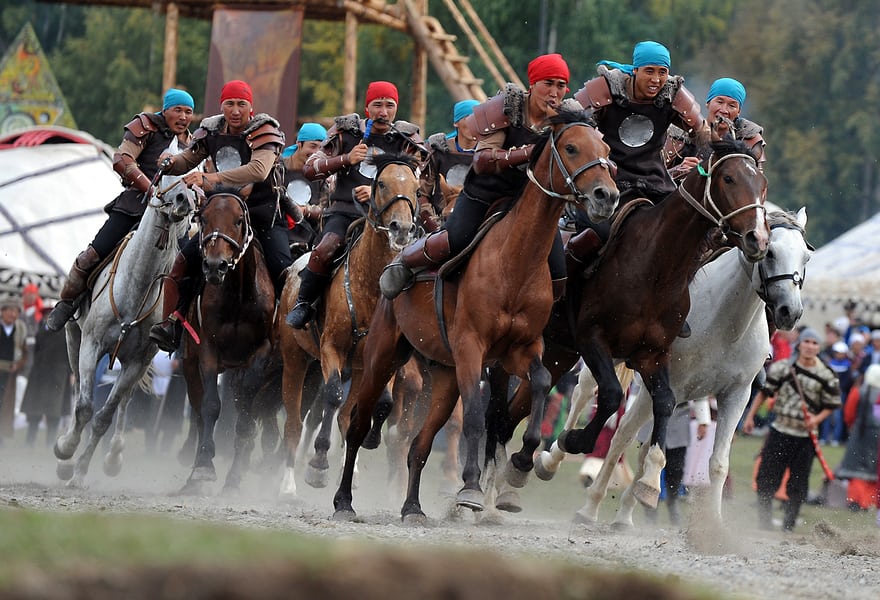 The announcer at the opening ceremony of the 2016 World Nomad Games held in Kyrgyzstan exclaimed, “If Genghis Khan were alive, he’d want to be here!” And we have to say we agree with him. Over sixty countries participated in the games in 2016 including Mongolia, India, Italy, Brazil, Finland, Iran, Russia and the US. All approached it with various levels of seriousness – some were there for the fun and games, while other were there to showcase their culture and win their respective competitions.

Alongside the action a yurt village is set up where spectators and visitors can wander through and witness performances of traditional drama and music. There was even a nomad catwalk complete with burly men in felt gowns and ladies in embroidered shawls and oversized hats, strutting their stuff at the 2016 games. 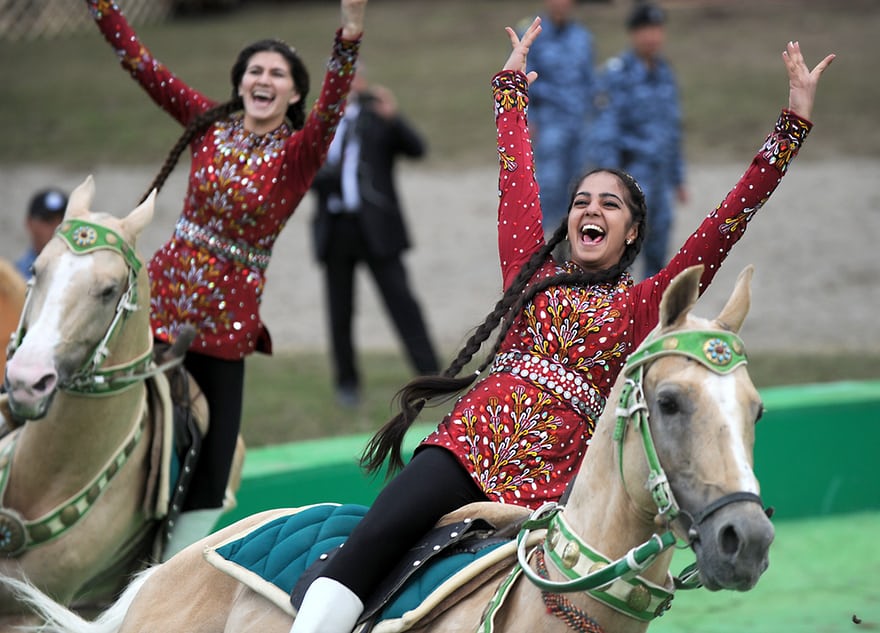 Did someone say EPIC? Yep, I think so too! With masterful stunts on horseback and both spectators and performers alike excited to show off their cultures, I can only imagine the incredible sight to behold. Whether you’re a backpacker having the time of your life, an older traveller looking for the next big adventure, or a family with children, the World Nomad Games have something for everyone! The next games are scheduled to be held in 2018 so make sure you block out your calendar to enjoy some awesome nomadic living!

Don’t forget, you can actually see some of these sports and competitions on our riding holiday in Mongolia when you attend a Naadam Festival in the countryside!

Images via The Guardian