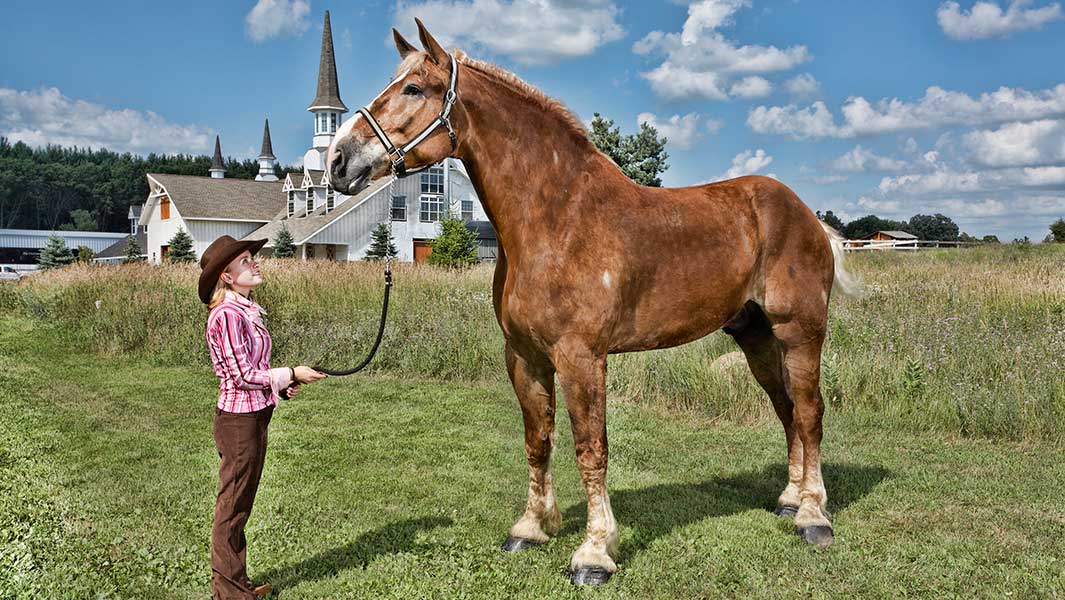 On the 19th of January 2010, Big Jake officially became the world record holder for ‘Tallest Horse Living’. Standing a whopping 20.2 hands high (82 inches, or 210 centimetres), Big Jake is a Belgian Draught Horse gelding. He was born to two average-sized Belgian horses, but by the time he came to his current owners as a three-year-old, it was clear that Big Jake was exceptionally huge.

Jerry Gilbert of Smokey Hollow Farm, Wisconsin, kept his suspicions about Big Jake’s record-holding status to himself until after Jake was retired from the show ring at age nine. Then, after going through all the formalities, Big Jake finally took the title of tallest living horse.

Now seventeen, Big Jake lives a life of luxury relaxing in his 20 x 20 foot stable, greeting fans at events and helping raise money for the Ronald Mcdonald House Charity. He eats two full buckets of grain and a bale of hay every day and stays in shape by pulling his weight as a farm horse.