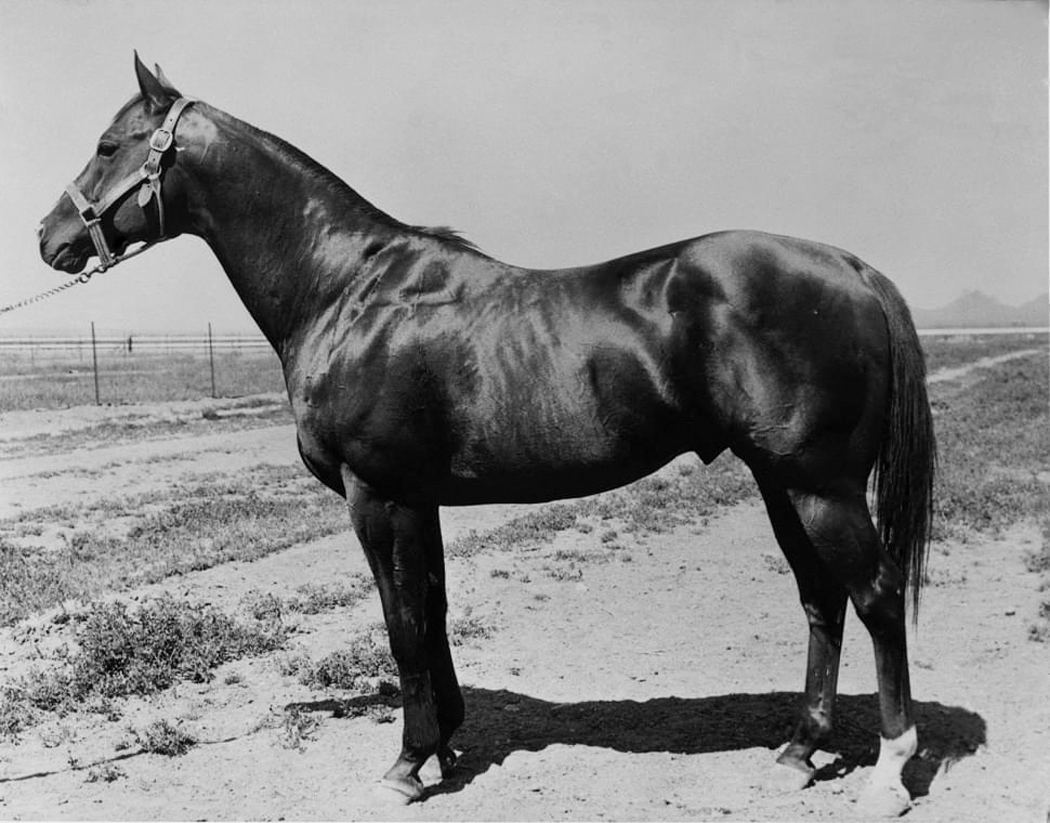 The first time you hear it, it comes as a bit of a shock: a Thoroughbred stallion shaped the Quarter Horse as we know it today.

Three Bars was born in 1940, a full-blooded Thoroughbred with champion sprinters on both sides of his pedigree. ‘You know when you hit the jackpot [on a slot machine] how three bars come up? That’s how he got his name,’ recalled his owner, Jack Goode. But Three Bars’ racing career got off to a slow start due to recurring leg problems, and he passed through many hands before finally having some success on the track.

In 1945, Three Bars caught the eye of Sid Vail, who emptied his pockets to buy the horse. Three Bars continued to race as well as covering various Thoroughbred mares, building up a reputation as both a sprinter and a sire. When he retired at age 7, his earnings totalled $20,830 US dollars. His stud fee rose from $100 to $300, and Sid, whose passion was quarter mile racing, switched from Thoroughbred to Quarter Horse mares. The Quarter Horse registry was only formed in 1940, so back then, the term ‘quarter horse’ referred more loosely to the type of horse used in sprint races. Sid considered Three Bars a perfect sire: fast, with excellent conformation and an even temperament. Evidently, so did other breeders: his stud fee continued to rise, reaching its peak between 1963-66, when Three Bars stood for $10,000 – the same price Sid bought him for! Three Bars by name and by nature, it seems! It was actually a man called Walter Merrick who commanded this price for the horse’s services, having leased him for some of these years, taken him to Oklahoma and bred him to a huge number of mares. Merrick was so enamoured with Three Bars that even when Sid and Three Bars moved to California, he would send his mares over to be covered.

In the sixties, the strength of Three Bars’ genetics became blatantly obvious, with third and fourth generation descendants dominating in roping, halter classes and on the racecourse. In the 1965 Pacific Coast Quarter Horse Futurity, the first five horses to cross the finish line were all his grandsons! And so it was that Three Bars truly transformed the Quarter Horse breed. The legendary stallion died of a heart attack two days before his 28th birthday while stabled with Walter Merrick in Oklahoma.

An article published in Horseman Magazine immediately after Three Bars’ death in 1968 describes the incredible influence of this horse: ‘Three Bars proved that a race horse could be an outstanding conformation horse. Largely through the influence of this one horse, the Quarter Horse world today is breeding a taller, faster, more streamlined animal […] Three Bars change[d] the concepts of the 1960s.’