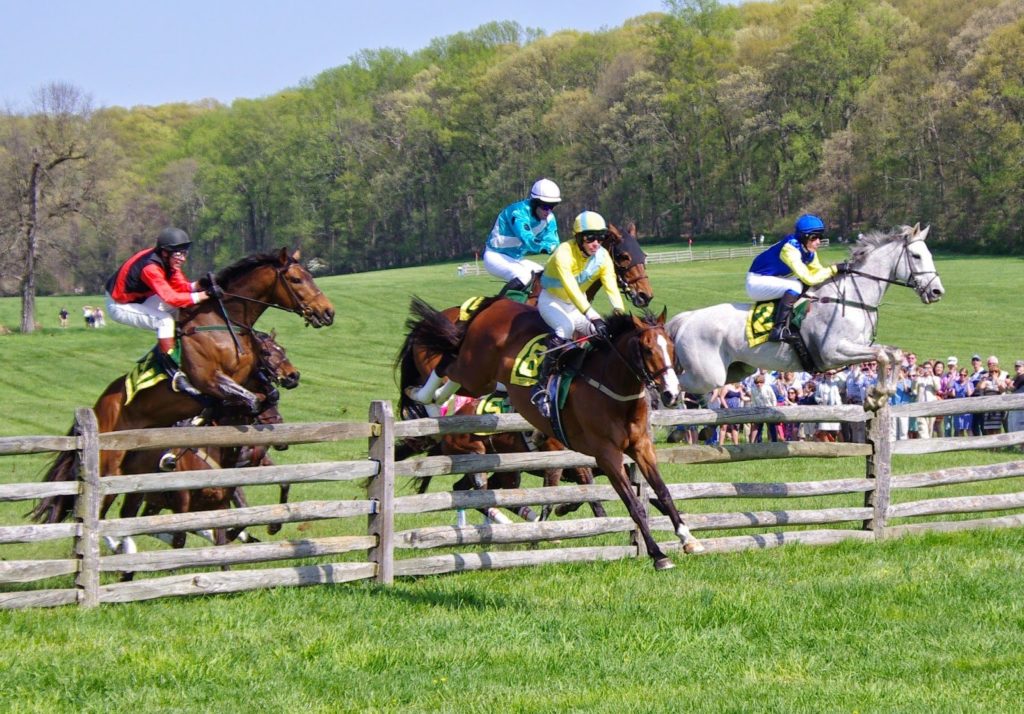 Described as “America’s version of the steeplechase” in a US 60 Minutes feature, timber racing is a distinctly blue-blooded pursuit. The sport originated in Ireland 250 years ago when horsemen raced through the countryside jumping hedges along the way. Sound like a steeplechase? You bet. But there’s one significant twist. Instead of navigating over large brush hurdles, competitors have to jump fixed wooden rail fences. If you’re thinking, “Oh, that doesn’t sound so bad,” think again! Timber fences are a hell of a lot more intimidating and require significant skill and ability if you don’t want to tip over.

The Maryland Hunt Cup in the USA is the most demanding event in timber racing, a gruelling 4-mile (6 and ½ kilometre) course featuring 22 timber fences standing as high as 1.5 metres! Held each year on the last Saturday in April, it’s tough, it’s challenging and it requires a whole heap of guts just to tackle the course. Naturally, the thoroughbred horses who take on this task are some of the fittest and most willing sport horses in the universe! And the competitors? Well let’s just say they’re a special blend of ‘horseman’ and ‘adrenaline junky’.

Paddy Neilson is a legendary figure in the sport of timber racing, his family having been involved since the 19th century. He’s won the Maryland Hunt Cup three times, and now 75 years old, has passed the adrenaline junky racing gene onto his daughters. 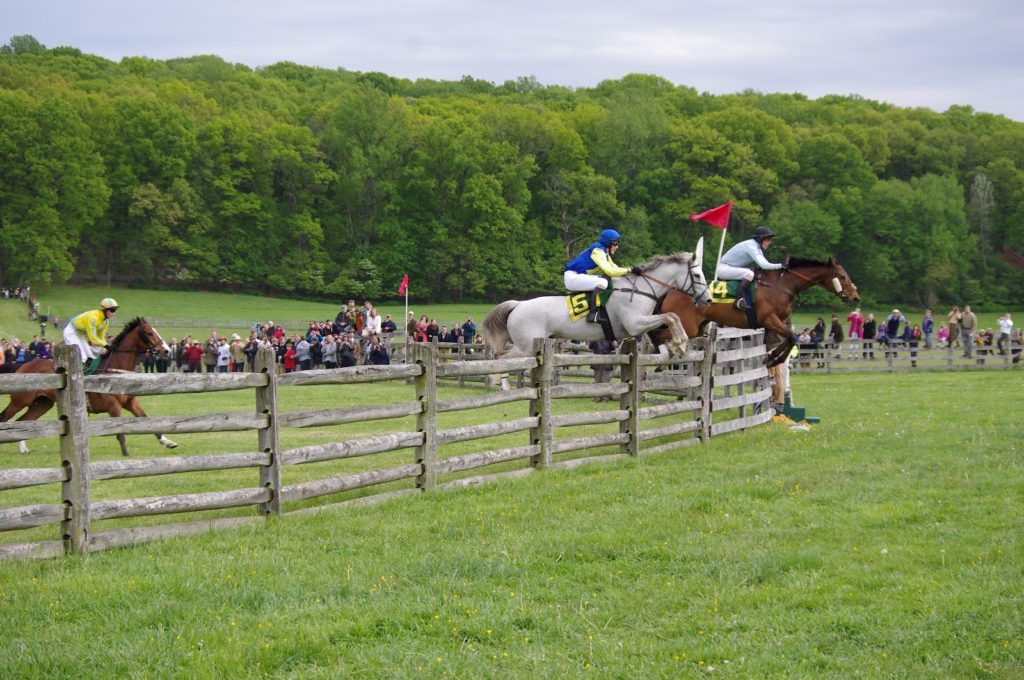 Interviewed for the 60 Minutes feature he said, “There’s just some magic about the power of that animal underneath of you…And then when you ask him for everything he’s got the last quarter a mile or something like that and there it is, it is a marvellous feeling that only comes from doing it really. It is great.”

Like all high-intensity equine endeavours, galloping over 1.5 metre solid timber fences poses plenty of risk to both horse and rider, but for those who live and breathe the sport of timber racing, it’s an ultimate test of ability, trust and guts.

Anyone care to give this one a try? After watching the 2017 Badminton cross-country course, an eventing competition not timber racing, but one that featured many a timber-railed fence, I have a new appreciation for horse and rider combinations brave enough to tackle timber racing.

Image credits: The Life of an Anglo-American (blog)