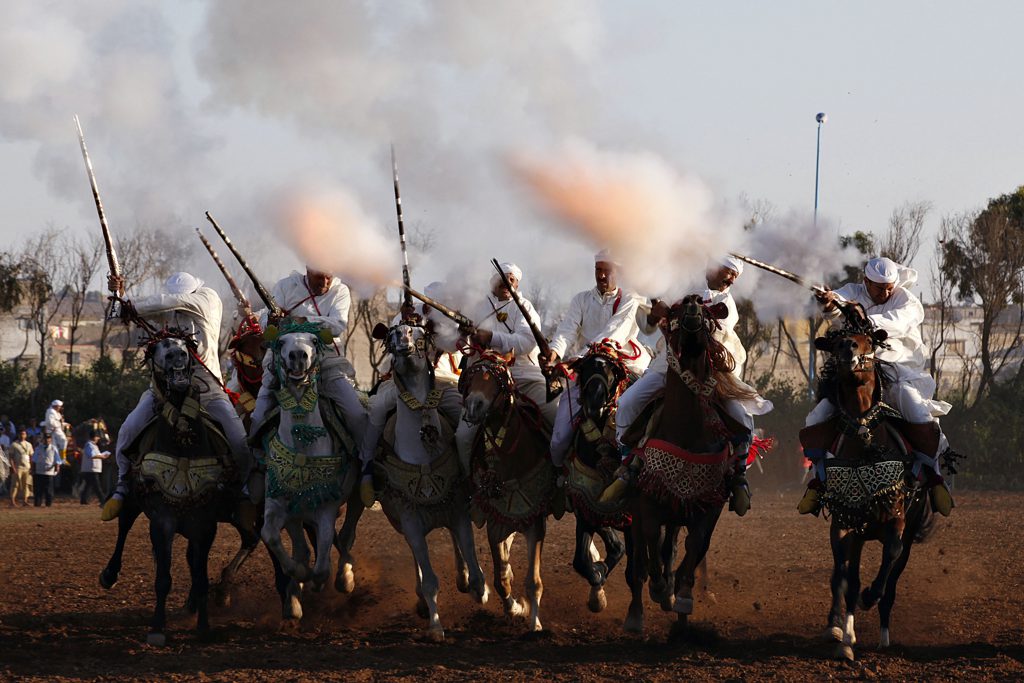 The Tissa Horse Festival in Morocco is held each year in October in honour of a 15th century local saint, Sidi Muhammed ben Lahcen and attracts hundreds of horse breeders and owners who come to show off their beautifully groomed horses. These horses are some of the finest of their breeds and range from Arab-Berbers to Arab stallions to Barbary mares. It is also an opportunity for Berber horse breeders from around the region to show their Arab-Barb horses to potential buyers, and most importantly, compete in the spectacular Fantasia competitions that are held here.

In Tissa the traditions die hard – horses have been bred here for centuries and during the festival, the town could be a scene straight out of the movie ‘A Thousand and One Nights’! Men in spotless white robes mill around discussing business while drummers and pipers march behind teams of horsemen like medieval troubadours. Raggedy children run and dance excitedly behind these drummers and all the while the riders are adorned in elaborate costumes and showcasing their horses to the crowds.

The main action happens in a rectangular arena that is enclosed by tents, each flying the Moroccan national flag. The tension escalates as the crowds gather to watch the horsemen prepare to test their cavalry skills in the Fantasia, which includes hair-raising displays of martial arts that are a symbolic re-enactment of the Berber tribes’ allegiance to the King. The riders charge simultaneously with thundering hooves, kicking up a great cloud of dust, suddenly pulling up and shooting a volley of gunfire from ancient rifles so that the air grows thick with the smell of cordite. The teams are judged on the fitness of the horses and the riders’ costumes, as well as speed and coordination. Prize money is awarded and the show comes to an end with a huge parade. 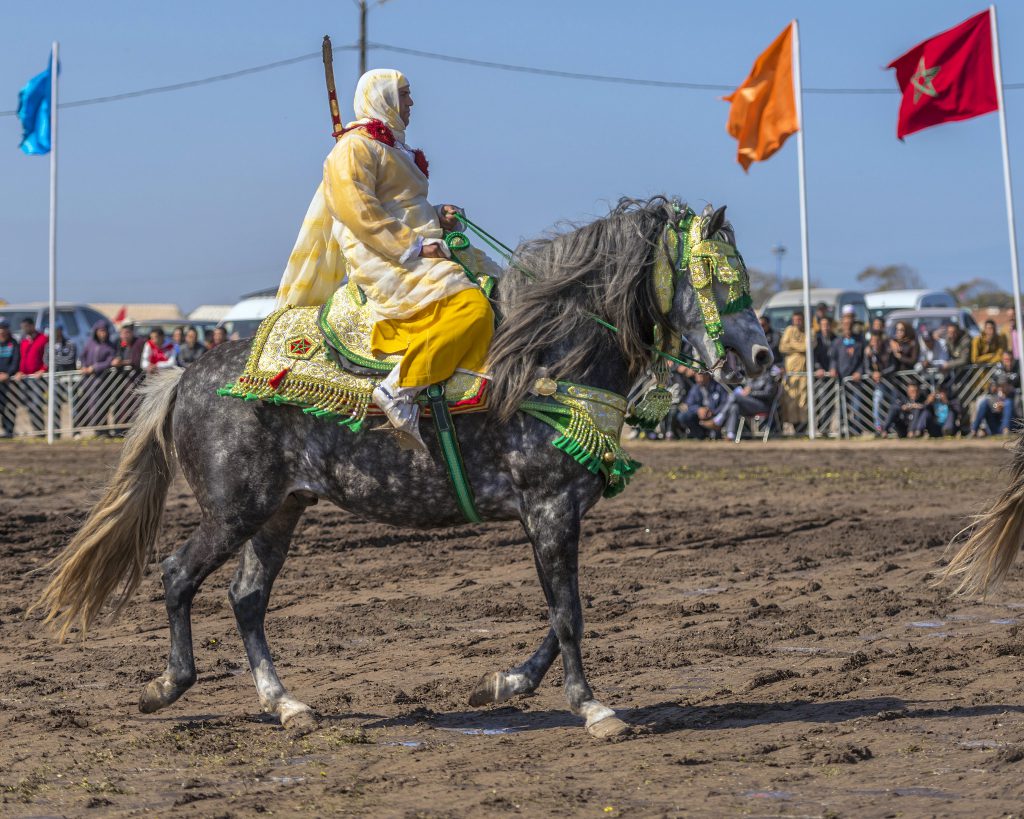 So if you’re travelling to Morocco we recommend joining in the celebrations of this festival, which combines the excitement and jubilant atmosphere of celebration with the culture and tradition that has always been synonymous with the region.

What do you think, globetrotters? Would you kick up your heels in the dust of Morocco and join in the Tissa Horse Festival?

P.S. if Morocco is on your Globetrotting bucket list, you can’t go past The Sahara Ride!