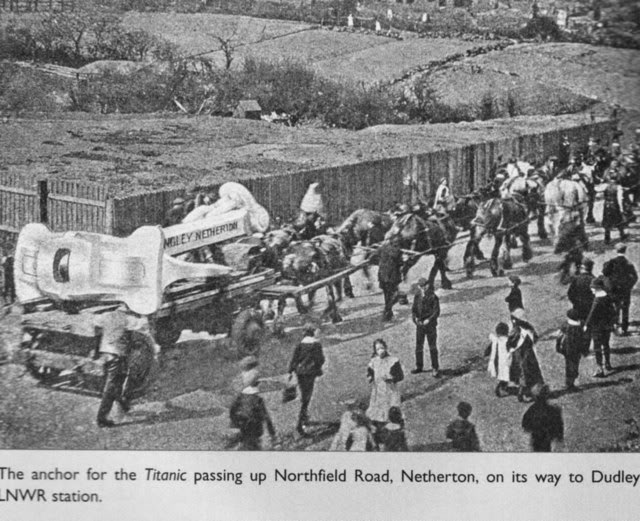 A ship the size of the Titanic needed some serious stopping gear!
The anchor commissioned for the vessel weighed a whopping 16 tonnes, and was forged at Noah Hingley & Sons ironworks in Netherton, in England’s Midlands. In order to get the anchor to the Titanic, it needed to be transported from the Netherton ironworks to Dudley Railway Station, where it was taken by train to Lancashire before being loaded on a cargo steamer for the voyage to the Titanic‘s shipyard in Belfast, Northern Ireland. All well and good for the train and the boat; but how could the anchor reach the train in the first place?
The answer came in the form of twenty Shire horses, each capable of pulling about two tonnes. On the 30th of April, 1911, the town trams were stopped and the townsfolk lined the roads to watch the horses haul the anchor 3.2km to the goods yard at Dudley Railway Station. 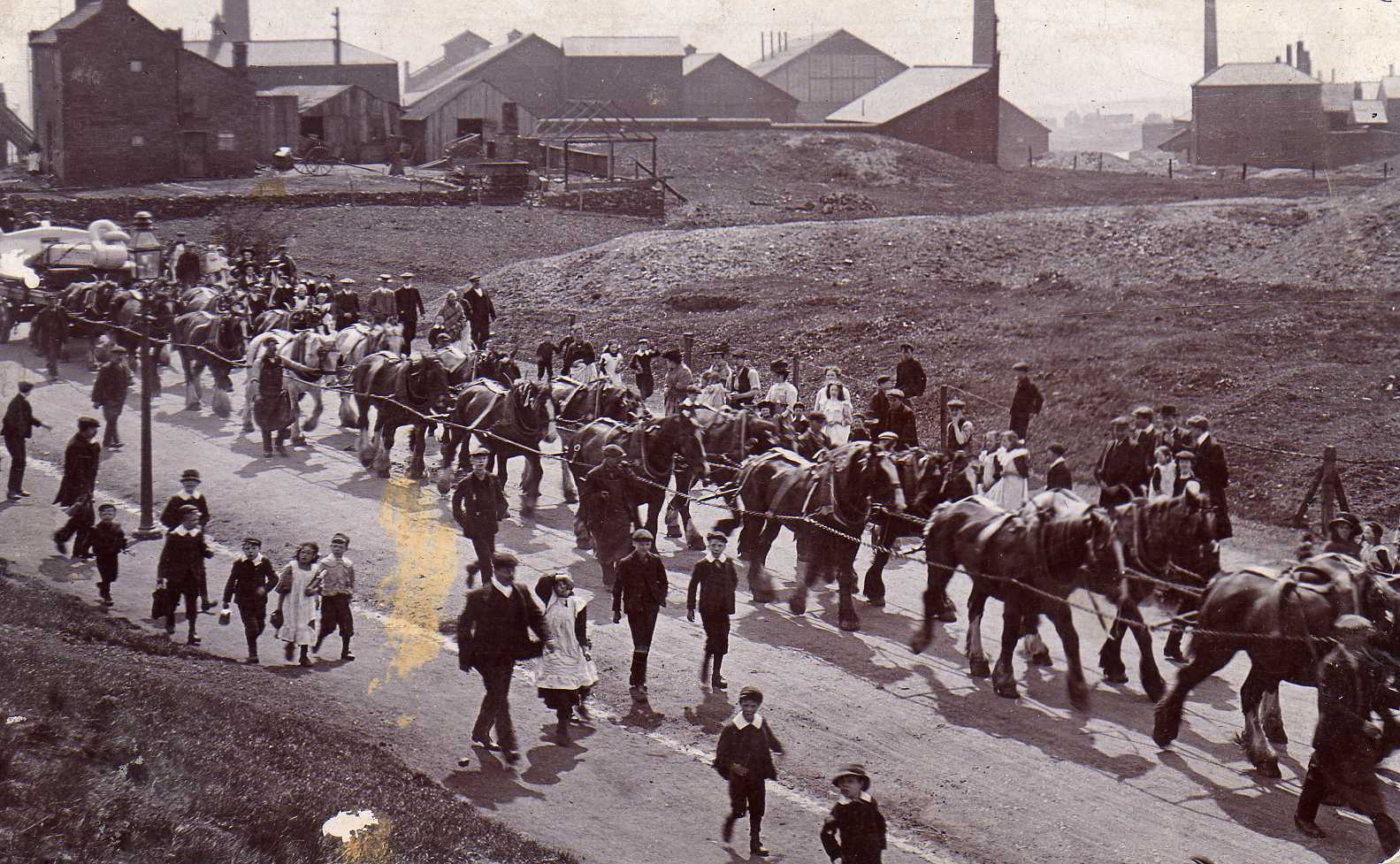 Down dirt tracks, across cobblestones and up and down hills the team went, before finally delivering their cargo to the LNWR goods yard.
What a sight that must’ve been!