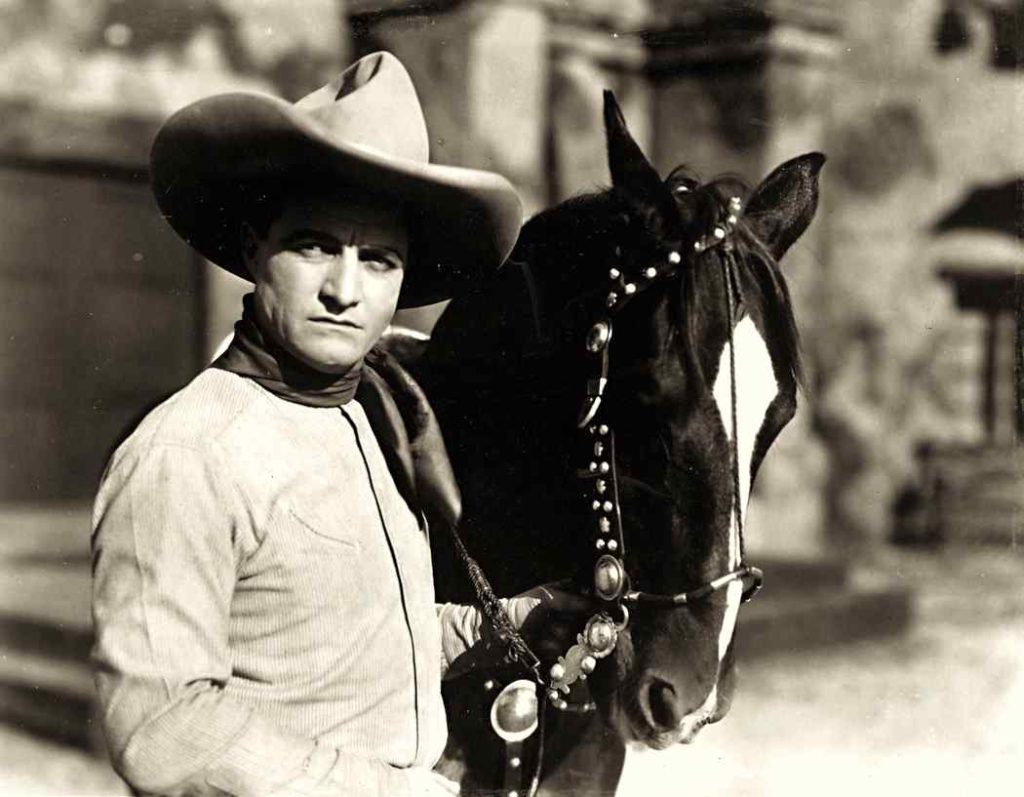 Tony the Wonder Horse was a equine movie star of epic proportions. Silent film actor Tom Mix purchased the horse for $600 after his mainstay horse, Old Blue, died, and Tony had his screen debut in the 1917 film, ‘The Heart of Texas Ryan’. Tony took to the screen well with his bold blaze and white socks, and Mix developed a very close bond with him.

Hollywood’s first ‘Wonder Horse’, Tony became the most popular horse in the world, receiving thousands of fan letters from children around the world. ‘Wonder Horse’ was the name given to the equine co-stars of cowboy heroes in Western films. Wonder Horses were not just unnamed companions, but screen personalities in their own right. Tony was the first horse to wear this badge of honour. 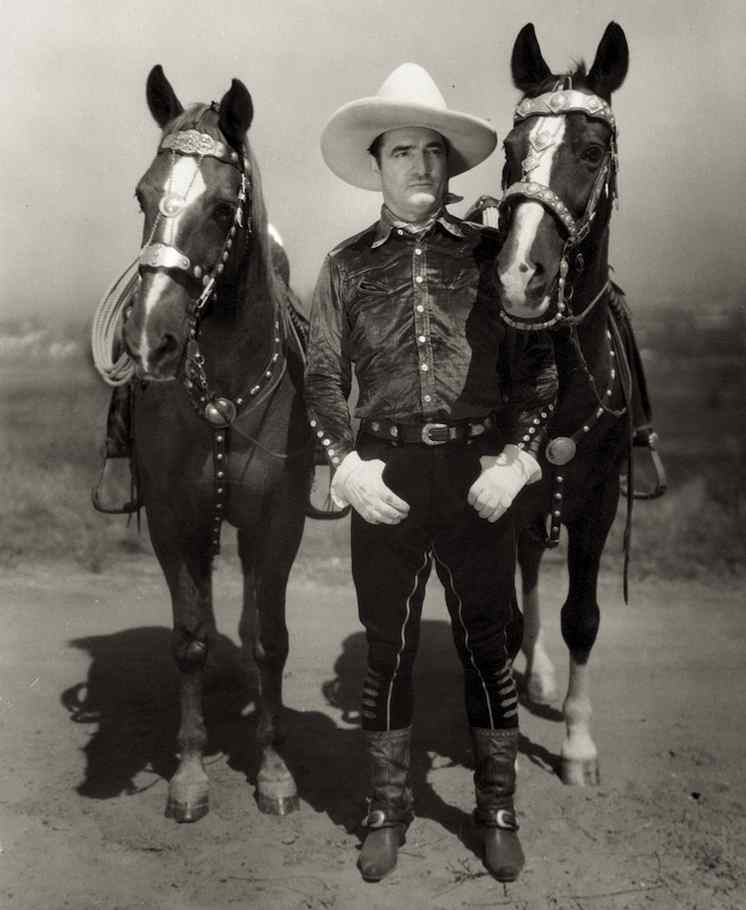 At the peak of his fame, Tony (pictured on the right in the above photo) had three movies made exclusively about him, with Mix riding and directing him. The two movie stars travelled all over the world, from Mexico to Canada to Europe, where Tony even performed for royalty. Tony was a phenomenal trick horse and would perform remarkable stunts, many of which wouldn’t be allowed today. These included untying Mix’s hands, opening gates, rescuing Mix from fires, jumping from one cliff to another and chasing trains. Mix claimed that he only had to show Tony a trick once before the horse learnt it for life.

In total, Tom Mix and Tony made a impressive 181 movies together, most silent but with some ‘talkies’ later in their career. Tony retired to Mix’s ranch at age 22 after injuring his hip during the filming of ‘Hidden Gold’. Ten years later, as a 32-year-old, Tony was humanely euthanised two years to the day after his co-star Mix was killed in a car accident. At the site of Mix’s accident stands a statue of Tony, ears pricked forward but head and tail lowered, forlorn at the emptiness of his saddle.