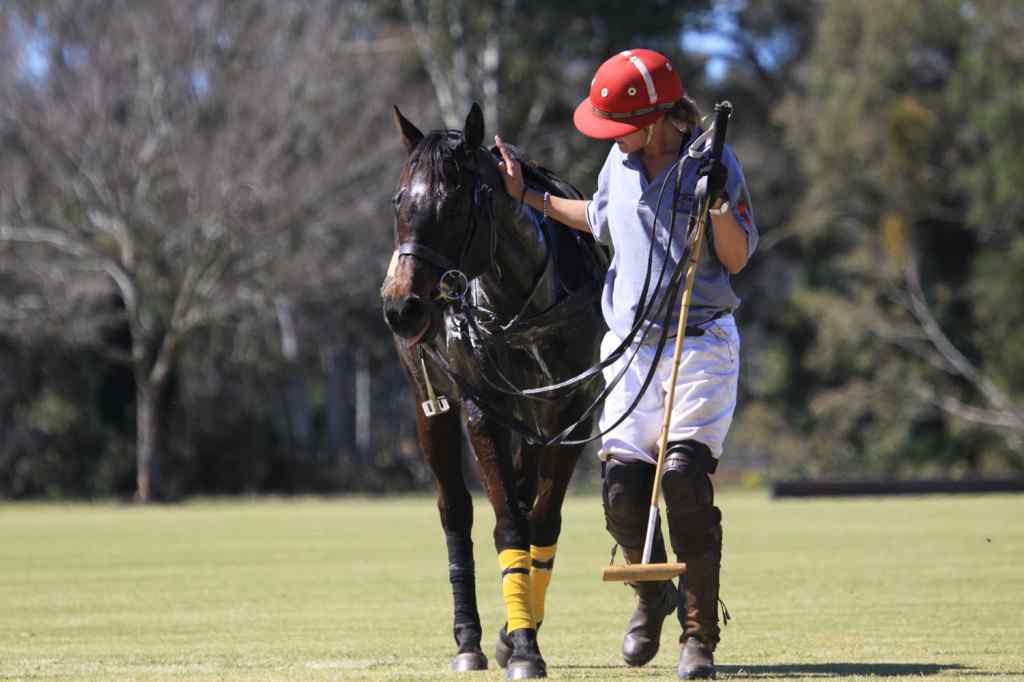 “I’m not going to lie to you Kate, this doesn’t look good.”

These words hit me like a punch to the stomach. My vet, Tom Duggan, is a realist and at the time I was thankful for his honesty but completely taken by surprise that the situation was so grim. I was standing in a summer dress and sandals at 9 at night with my little polo mare, Harusi. She was dripping with sweat, bottom lip dropped, shaky on her legs, sedated from pain relief.

You see, every afternoon after dinner, when the crickets start their night time chorus, our family quartet meander down our road in the halo of dusk. Finn may climb a tree, Birdie may swing on the gate, or we throw Harry Noodle a ball. I saw Harusi – {her name means wedding in Swahili named after one of my favourite safari horses in Kenya} – lying down in the distance. I didn’t think anything of it, the day had been a scorcher, she was tired. Out of the corner of my eye, she stood up and I thought nothing more. Moments later she was lying down again and that’s when the alarm bells started to ring.

I walked down to see her and she was a lather of sweat even though the cool of the night was sweeping in. She was uncomfortable and didnt’ stand when I approached. My instinct told me it was the early stages of colic. I raced up to the house for some oral Bute (which I later found out takes 1 hour to work) and ran down to administer it. Thankfully, my amazing agistee, Nat, had already haltered her and got her up walking.

She was cranky and in discomfort. We walked her – begrudgingly- down to our front paddock to be with my other two mares. I was on the phone straight away to my local vet, Kirsten, who was busy with a calving and was very apologetic that she couldn’t make it. I then rang every vet, with no luck, either they weren’t picking up or couldn’t come. Side note: my horses are Hendra vaccinated. I know for a fact if my mare wasn’t Hendra vaccinated, I would never of had a vet visit. And I understand why.

Harusi was getting worse by the second, thrashing, and poring the ground trying to roll. She would only stand to hose her and then it was like pulling a truck around the paddock, she was sluggish and aggressive. I knew at this stage it was colic, but I was confused as she had poo’ed three times. Isn’t that a good sign?

By this stage, my other agistee Meagan had arrived, and she had a halter rope, swinging it and slapping Harusi on the rump to get her to walk. With no vet arriving, I was so incredibly scared I was going to lose her any moment. I rang Kirsten (the vet) again while trying to push Harusi on, in tears that I couldn’t get a vet.

“I’ll ring you back Kate – I’ll try Tom Duggan.” I know Tom, he’s a brilliant and well respected vet in our region but I had no idea he was working. Tom had put down our Sapphire a couple of years ago. Kirsten rang me back and said Tom will be there in half an hour.

It was the longest half an hour in my life. We were leading Harusi, who was sweating profusely, slapping her with a lunging whip and a rope. Every time we would push her on she would kick. We were heaving with exertion and running out of energy. I would yell at Harusi when she would try and go down.

Tom arrived. Instantly I felt relieved believing he could fix her, she’s safe. In mid-stride under the cover of darkness, Tom found a vein and gave Harusi pain relief. It didn’t touch the sides, she was still visibly in pain.

Another injection of pain relief and a sedative, Harusi stood, shaky and cloudy eyed. This is when Tom gave me the prognosis – there was no gut sound. Severe colic.  As Tom explained, “the pain is that bad for the horse they would prefer to throw themselves on the ground and hit their head on a rock!”

Tom administered a stomach tube with epsom salts and a rush of stomach gas came out of her stomach. She soon went into shock, the tips of her ears were freezing and her muzzle. We rugged her and waited. It could go either way.

Thankfully her heart rate hadn’t changed, this was a good sign said Tom. A glimmer of hope. Her head heavy in my arms, my tears slipping down my cheek into her mane, I whispered “you can’t leave me now, Harusi.” I felt sick with desperation.

Slowly, over the course of half an hour gut noise came back. We yipped with excitement when we heard a stomach bubble reverberate from her gut. When six of the eight gut sounds returned, Tom left me with a intra-muscular pain relief to administer if she got another spasm and to call Kirsten.

I sent Nat and Meagan home and Buster came down with dinner and a hot cup of tea. Under a canopy of stars, Harusi started to eat. I waited patiently for that first poo. I was completely exhausted emotionally and physically.

It’s been a week since that crazy Saturday night and the little minx has pulled through totally unaware of the grey hair she caused. Horses, hey, I know you can relate globetrotters, they can have your heart on a chopping block in an instant. This little mare has given me SO much over the years, the least I could do was fight for her. She would do it for me.

Thank you to Tom Duggan for treating my girl, and Kirsten for pulling in the favour.