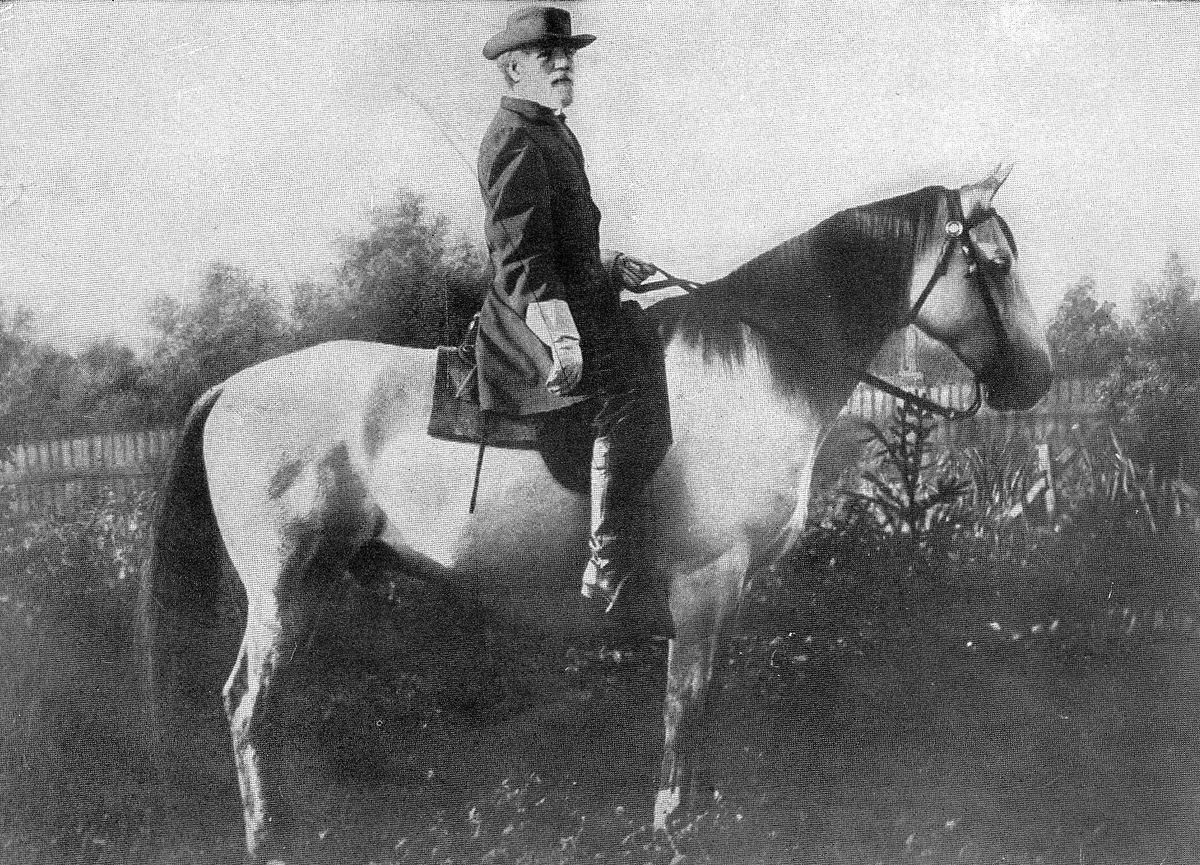 Like all violence and wars, the American Civil War was a horrific time for both man and horse. General Robert E. Lee was a major figure in the war and one of the most memorable horses that he rode on was a grey American Saddlebred called “Traveller”. FUN FACT! Even though “Traveller” was an American-bred horse, his name was spelt in the English way with two ‘l’s and not one! He stood at 16 hands and was known for his speed, strength and courage in combat while with the general.

But “Traveller” was also known to be a bit naughty; he was known to be unruly, high-strung and even difficult most of the time! But what he lacked in manners he made up for in presence. His courage on the battlefield was memorable and he went into battle more than any other Civil War horse! There are even several accounts of “Traveller” being pushed back into line as the horse wanted to be at the front of the troops!

“Traveller” outlived Lee by only a few months but at the time that the General and “Traveller” rode together, they would make history! He was purchased off a farm in Virginia in 1861 when the Captain of the 3rd Regiment was looking for a good serviceable horse of the best Greenbrier stock for the upcoming war for another captain’s son. When “Traveller” was once again sold on, he was sold to Robert E. Lee who referred to him as his ‘colt’. They would go on to ride together throughout the war.

After the War, the dynamic duo ended up in Washington DC where fans of the famous horse and General would crowd around to catch a glimpse of them; some even grabbed hairs from “Traveller’s” tail! Not long after the visit to DC, Lee passed on and not long after his beloved horse followed after developing tetanus.

How about that for a dynamic pair! This horse was part of a major part of American history and will be remembered forever.

Reference: Wikipedia and Horse and Man