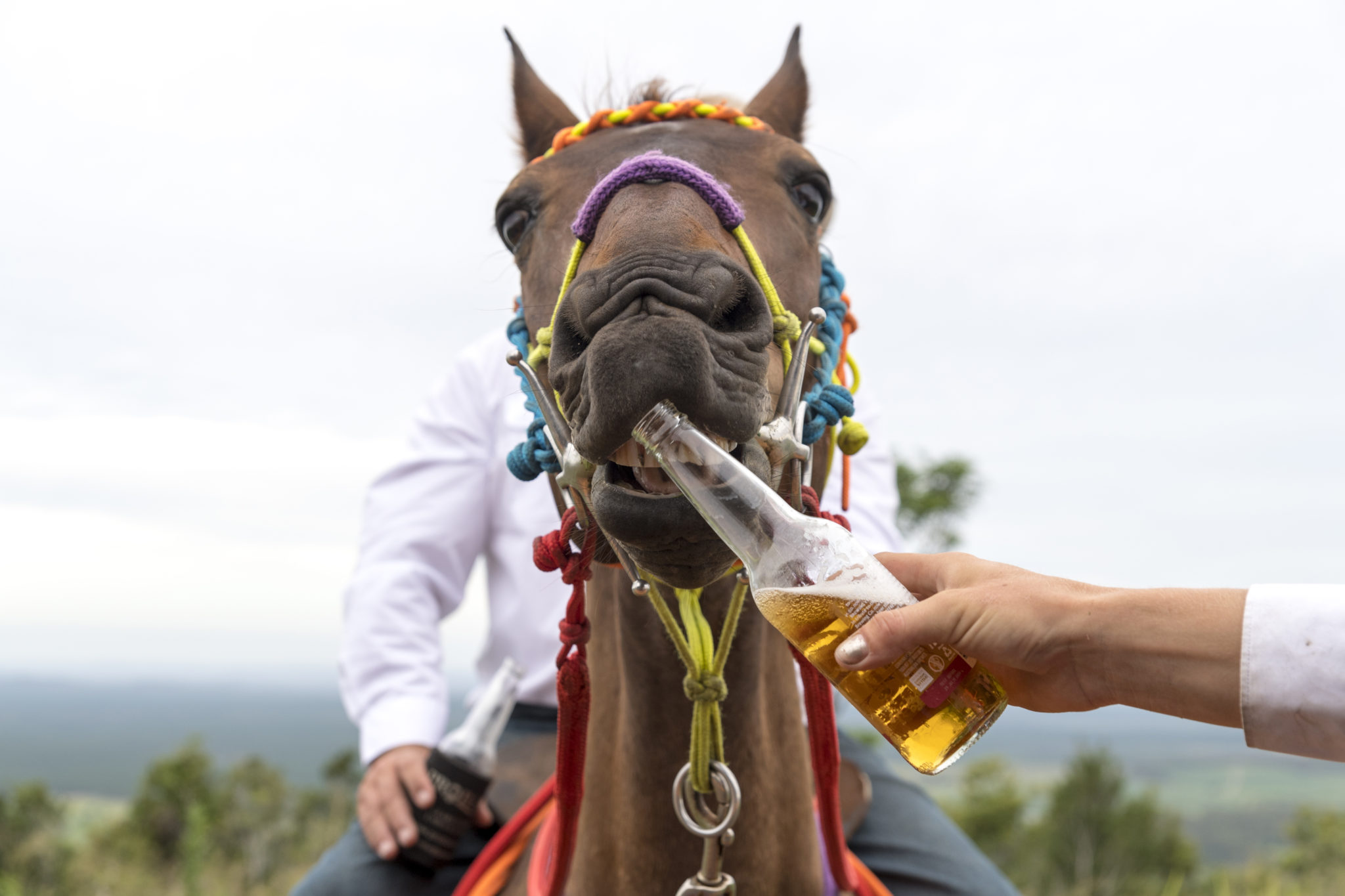 If you’ve nabbed a spot on The Rainbow Beach, Bush & Cattle Ride in southern Queensland, Australia, you might just be lucky enough to round up cattle, traverse mountainsides and learn to campdraft from the back of one of Andrew McCarthy’s favourite horses, Flint. Keep reading to find out what makes him so special!

Breed: Flint is an Australian Stock Horse, registration number 169338. He was born on the 30th of October, 2003. His Grandfather is the legendary Acres Destiny. Acres Destiny single-handedly changed the face of campdrafting in Australia.

When and how did you find Flint?
I bought him at the end of 2005 as a two-year-old from a friend of mine, Scott Burnett. Scott has since reached the highest levels of reining competition in Australia and is often featured on the front cover of various publications. I actually swapped him for some steel portable panels, would you believe!! I have since been offered $10,000 and $15,000 cash for him, both of which I declined.

What do riding guests most love about this horse?
I think it is his ability to switch on and off. I often tell guests that a caterpillar, a monkey or a plastic bag can make a horse go fast. There is no skill in that. But to get a horse that can switch off as fast as it can switch on is the key. Add to that his incredible athleticism, which allows him to complete his turns correctly, and his ability to read a beast. When you are mustering cattle or campdrafting, leave him alone and he will do it for you.
Flint is also one of the safest horses I have. I have had a number of leg amputees ride Flint on both country rides and beach rides. So guests can simply walk along calmly, with Flint’s nose almost on the ground, or fasten their seatbelt and try to stay with him during his turns.

As guides, what do you most love about this horse?
I like the fact that you can do absolutely anything on him.  If there is an obstacle that every horse is too scared to walk past, he is the one that you’ll take up front.  100% reliable as a guide horse, every day of the year. Flint is one of the horses that I use when I am leading the ANZAC Day parade through the middle of town.  Fighter jets flying overhead, sirens, flags, everything.

What are some of Flint’s idiosyncrasies?
Well, he has walked into a number of pubs and bars around the area.  He has had his photo taken at the bar of several establishments within about a 300 km radius.

Is there a stand-out story, or anything else we should know about the horse?
One of them would probably have to be one day when I was doing cattle work in the yards at home. Probably about 10 or 12 years ago now, I suppose. I was sorting out cattle on Flint and drafting them off. There was this one particular cow that was a very tricky little thing.  I thought that she had beaten me and I gave up.  With that, Flint put in one last turn that almost dislodged me, and drafted the cow off.
On another occasion, I drafted cattle out of a mob on him in the yards at home for a television camera. I had no saddle, no bridle, no halter or anything else on him.  I was riding him totally ‘at liberty’. Not even a rope around his neck. The cameraman got to select the beast by the ear tag number to prove that I wasn’t picking out a favourite that was nice and quiet. I would then go in and draft off the beast that he selected. We did it twice that day.

Experience Flint’s magic for yourself on The Rainbow Beach, Bush & Cattle Ride!

You can also meet one of Flint’s herd mates, Destiny, and learn more about owner and guide, Andrew McCarthy.