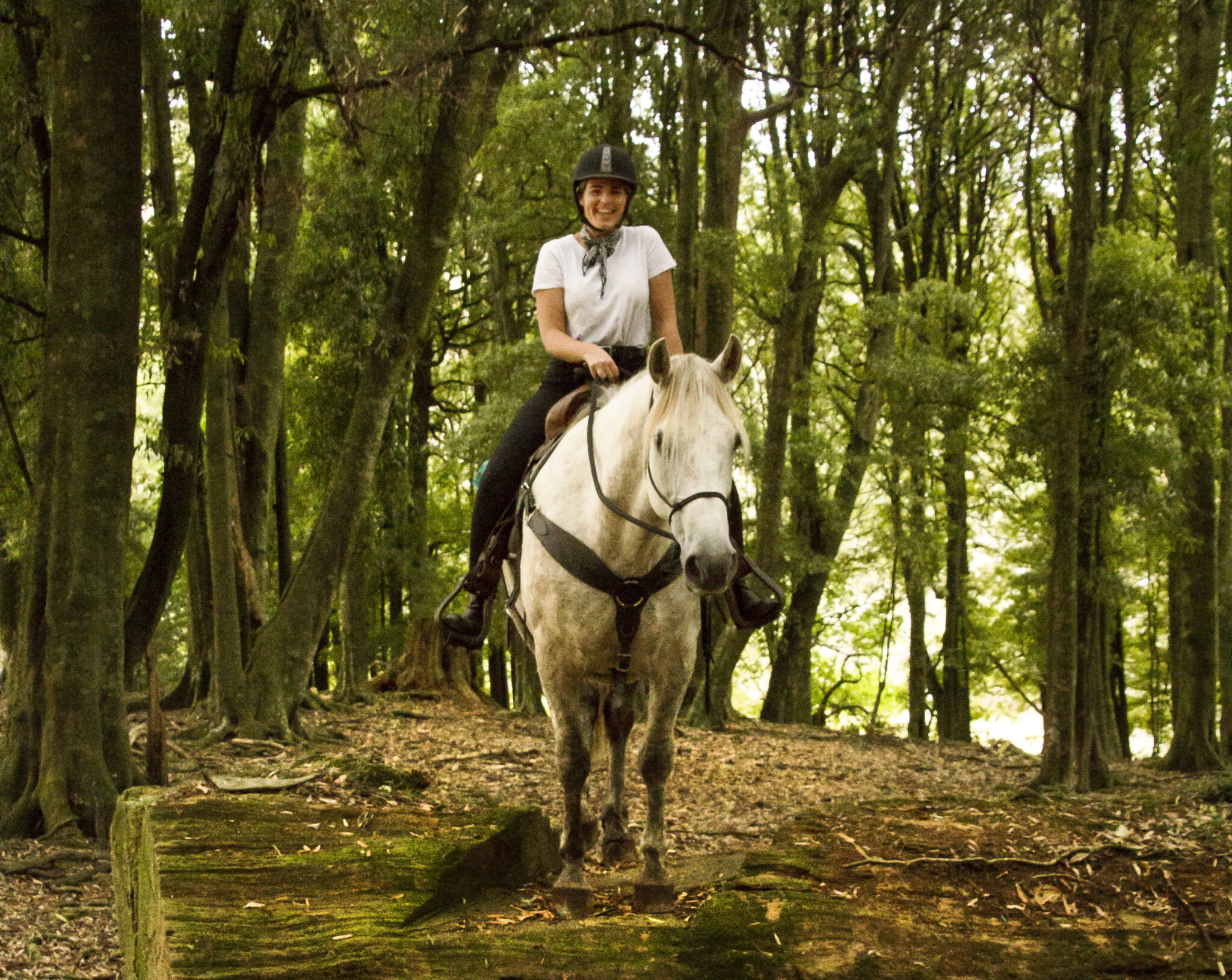 When we asked Nicola, one of the amazing guides on our epic River Valley Ride in New Zealand, if she would help us profile a guest horse, she knew just the steed for the job! Te One is a Kaimanawa horse and once roamed wild in the Kaimanawa Ranges before he was captured in the biennial muster. But we’ll let Nicola tell the rest of Te One’s story!

Horse’s Name:  Tommy Waara, his trainer, gave him the regal name Te One Tapu Waara.  Te One, as he is affectionately known, is Maori for Scared Lands, and refers to the region he comes from. His name sounds a little bit like Tawny, and many guests have thought this is what we’ve said when they have asked us his name. It is pronounced Tee Awnee.

When and how did you find Te One?
In the winter of 2014, one of the charitable welfare organisations dedicated to homing New Zealand’s wild horses (Kaimanawa Heritage Horses) set up a challenge to showcase the trainability of the wild stallions from the Kaimanawa Ranges. Tommy was the wild card entry, having never participated in such an event. The challenge involved training two wild stallions, and Te One was one. He was the first wild horse Tommy trained. Both of Tommy’s horses did extremely well in the challenge and Te One became an honoured member of our herd. I [Nicola] even entered him in an endurance ride once! More on that later…

How does Te One fit in with your herd?
Te One’s calling under saddle is to roam the countryside. We don’t ride him in an arena much, that’s the torture pen for him! His place is in the hills, where he is a happy trekking horse with the rest of the herd.

What do ride guests most love about him?
His trustworthy nature, his personality, his spirit… and his ability to have come from being a five-year-old wild stallion to one of the most dependable horses on a ride is amazing to experience.

As guides, what do you most love about him?
We could put anyone on Te One and know he would look after them and they would have a safe ride.

What are some of Te One’s idiosyncrasies?
From roaming wild to becoming a calm, domesticated horse, he is very cool, calm and clever! He will exert the least amount of energy that is required for whatever task he needs to do. He’s been taught to lie down so you need to be mindful when pulling on that right-hand rein, as that’s the cue – you could end up sitting on the ground with him!

Is there a stand-out story, or anything else we should know about Te One?
There are a few that come to mind, but the most relevant is proving to us he could go beyond his natural lazy/keep-the-comfort tendencies when we challenged him to complete an endurance ride of 43 kilometres. Te One is not built like a typical endurance horse! He did not let us down; he was the first non-purpose bred endurance horse to cross the line. He finished, had a feed, went home and said he was never going to do that again! Oh, and another accomplishment was finishing in the top 10 at the finals of the National Stallion Challenge.

Wowee, what a horse!

If you’re keen to see all the details on The River Valley Ride, click here.

Or if you’d like to learn more about our amazing guides, Nicola and Janey, you can read all about them here.