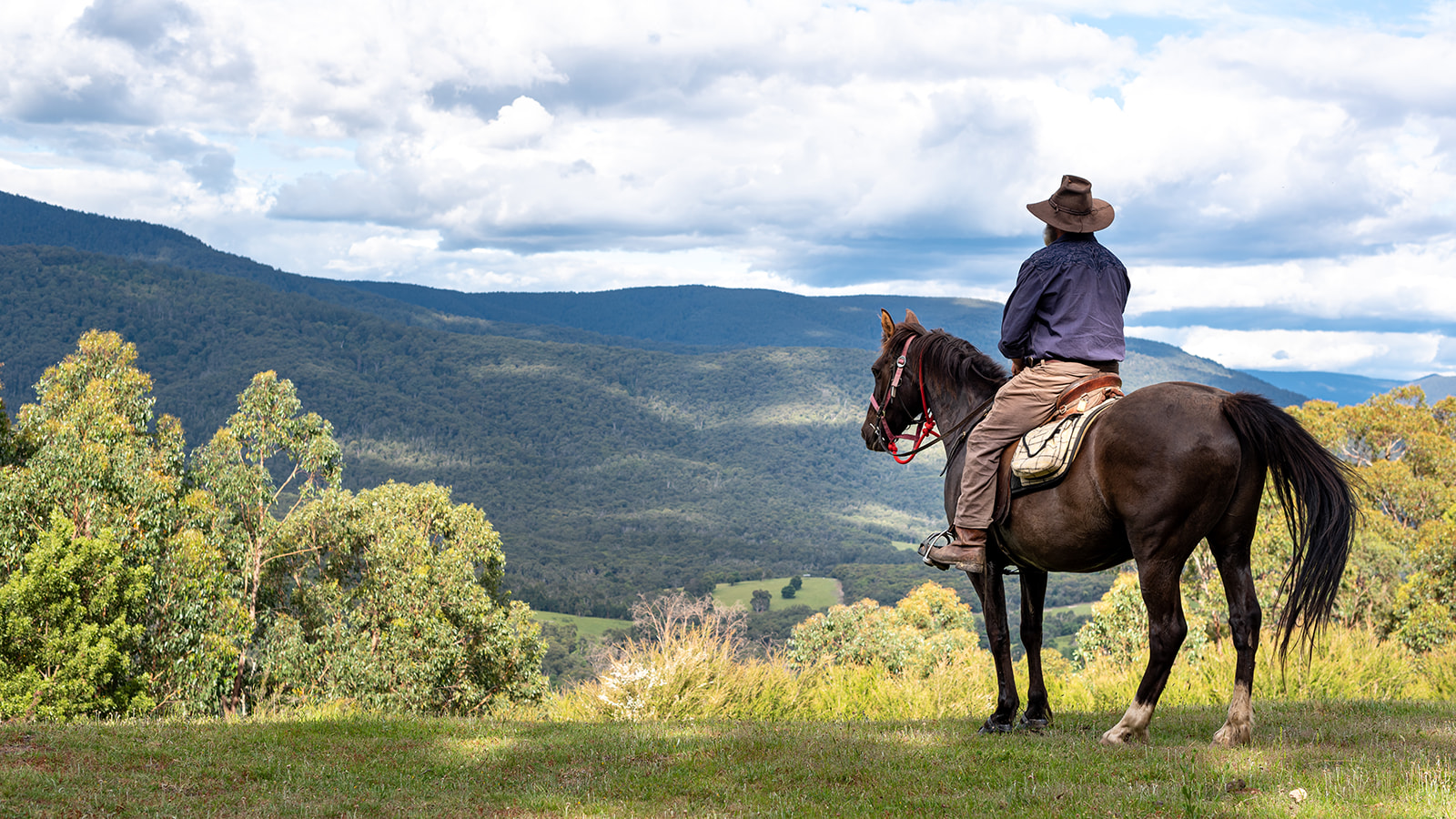 Ever wondered what makes the perfect guide horse? Meet Fudge, a dark dun gelding who leads the way on the Yarra Valley Ride with our guide Clancy at the helm.

When and how did you find Fudge?
I’ve had him for about five years, and he was a local purchase from someone in the Yarra Valley.

How does he fit in with your herd?
He’s number two in the pecking order, below a big bay bay Quarter Horse. What happens is that when you get the team of horses right, they regard me as the leader and respect whichever horse I’m riding. And I ride Fudge a lot!

What do ride guests most love about Fudge?
Fudge does like being at the front, but he’ll also happily follow. He’s very responsive, but happy to school, too, so I can put anybody on him.

As guides, what do you most love about him?
There are two reasons I ride him quite a lot. One is that he’s not a tall horse, which is a priority for me because I’m jumping on and off so much! The other reason is that he’s a real push-button horse, which is what you need as a guide.

What are some of Fudge’s idiosyncrasies?
Sometimes when you’re saddling him up, he suddenly behaves like a brumby, as though he’s never seen a saddle before. But a few seconds later he remembers this is his job and he’s back to his normal self!
Even though he’s a ringleader, sometimes when you go to catch him he’ll take two big giant steps to get out of your way, and then he’ll stop. I think that’s his way of saying ‘You know what? I’m still my own person. It’s my choice to be caught.’

Is there a stand-out story, or anything else we should know about Fudge?
On a day ride recently, I let a guest ride Fudge all day. Then at the end of the day, when we were riding at the top of the property, we decided to swap horses. I didn’t notice at the time, but my riding guests told me that when I got on Fudge, he almost smiled. They reckoned that he just immediately got happier – and so did I! I do lots and lots of riding on Fudge, but no one had ever said that before. We’ve spent so much time together that there’s a real friendship and a bond between us.

Clancy and Fudge – a match made in heaven, don’t you think, globetrotters?

And to learn more about the Yarra Valley Ride, click here.