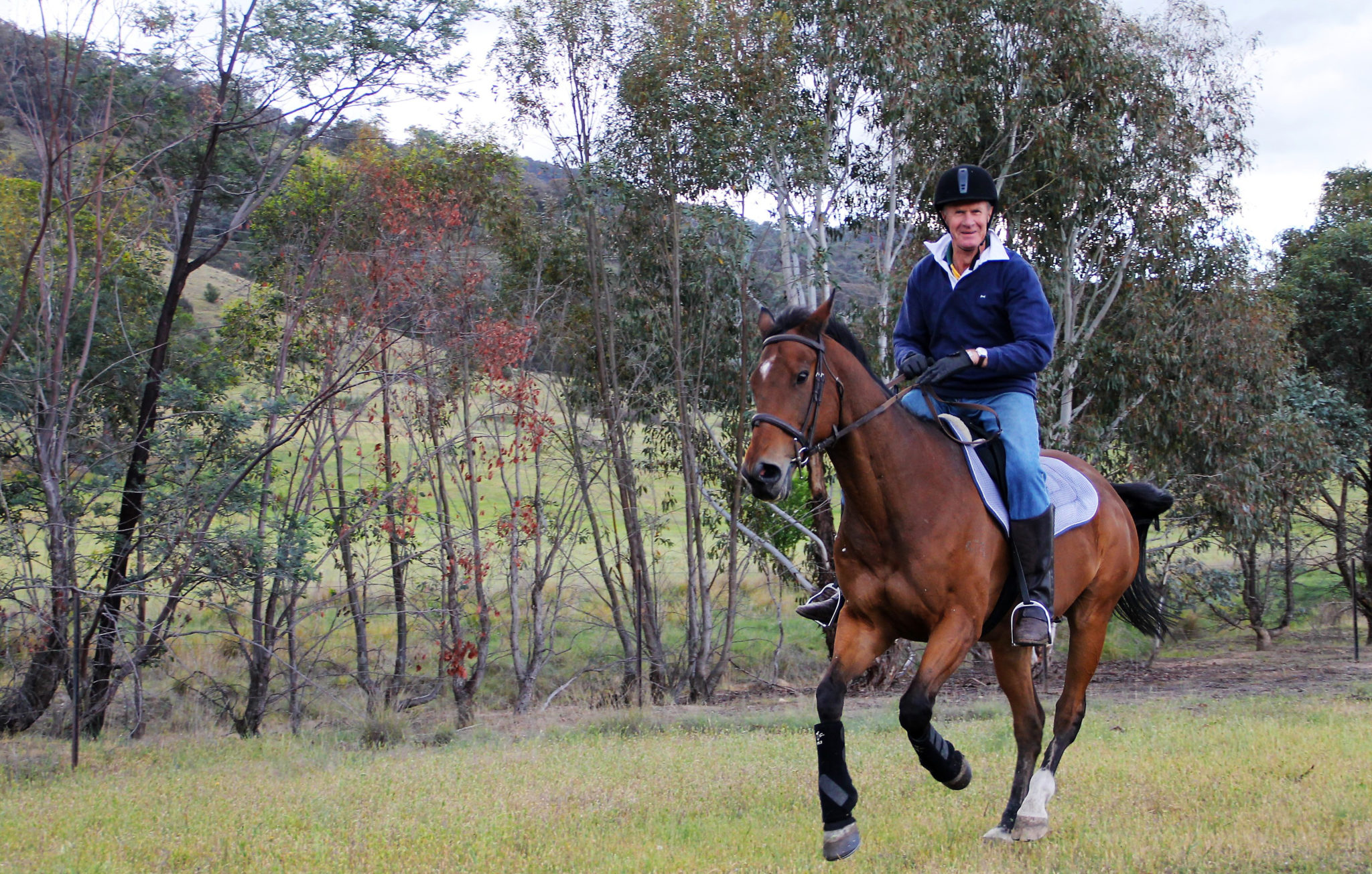 When globetrotter Erin Harriott was joined by her father on the Craig’s Hut & High Country Ride, we realised the apple doesn’t fall far from the tree! As it turns out, John learned to ride on the horse he bought Erin for her 13th birthday, a big grey gelding who sparked a love of eventing in both Erin and John. Although he began riding later in life, John has wasted no time in pursuing equestrian thrills, whether on the cross country course or on holiday! Read on to get to know him.

What is your day job?
I am semi-retired from project management and marketing, but I like to work a couple of days a week to keep active, stay engaged and pay for horse feed.

How have horses influenced or changed your life?
My daughter introduced me to eventing. What was initially an interesting pastime became an important lifestyle for us both. The courage and discipline displayed by elite eventers has been an inspiration, whilst the association with the horses is one of friendship and respect.

What is your earliest memory of horses?
I don’t remember the event, but in the year I was born a great uncle’s horse called ‘Royal Pageant’ won the Adelaide Cup. When I was about eight, I asked a relative who had a horse, ‘What is so special about horses?’ She responded with, ‘The special thing about horses is that there is something new to learn every day.’ Almost 60 years later, those words are still true.

What was your childhood pony called?
I never had a childhood pony, but I lived near the racing stables of George Daniels north of Bendigo and each morning as I walked to school I would often see the race horses being lead back from Epsom Racecourse after their track work. At eight years old I was probably already too tall to be a jockey!

What does riding or being with horses mean to you?
The ability to ride and care for a horse is a link to a time when I fancy life was perhaps a little slower, and probably less complex.
I was privileged to learn to ride on one of my daughter’s eventers, Jai, a 16.2 hand high dappled grey school master. He is alleged to have known the preliminary dressage tests off by heart! Hero, another grey, was my own first horse and my current horse is a 17 hand off the track Thoroughbred called Limes. 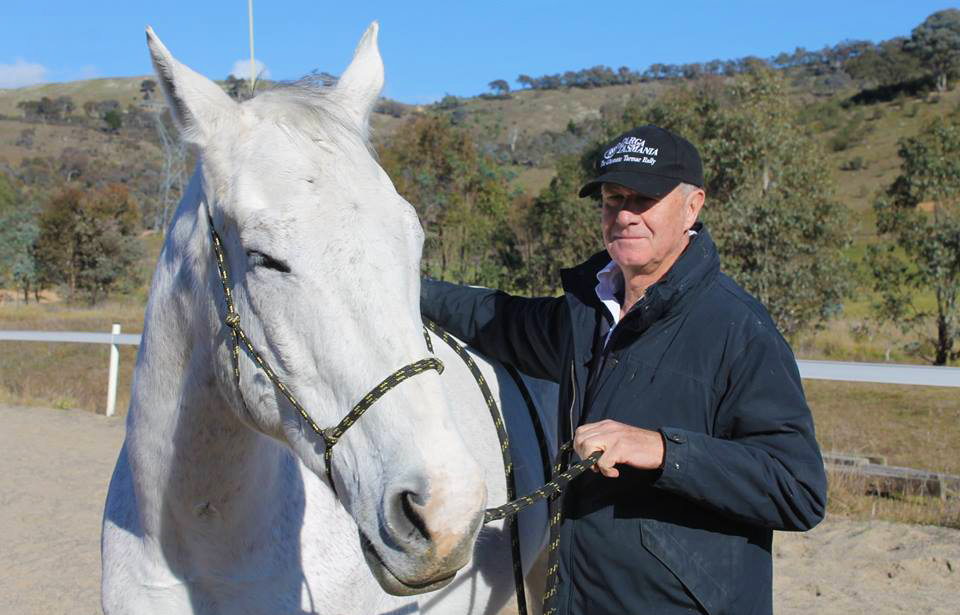 What have horses taught you the most?
In competition, sometimes you learn more from your mistakes than your success.

What was your first Globetrotting ride? The Craig’s Hut & High Country Ride. I’ll be back.

What made you take the plunge and sign up for a Globetrotting holiday?
The experiences of my youngest daughter, Erin, on Globetrotting rides in New Zealand and Botswana sparked an  interest in a Globetrotting holiday. I had previously walked, climbed, abseiled, skied and canoed throughout the region of the Howqua Valley and Mount Stirling. The six day riding trek through the same terrain was a great adventure.

Were any of your Globetrotting rides celebrating or marking a significant moment/milestone/achievement in your life? And if so, would you mind sharing?
I was invited on the Craig’s Hut & High Country Ride by my daughter and her partner. My GP suggested that such an offer was too good to refuse!

Which Globetrotting rides have you since completed/planned/dreamed about?
I would like to do the Glenorchy Back Country Ride in New Zealand.

Why choose this type of travel? As in exploring new places from the back of a horse?
I enjoy participation experiences rather than spectating, and I have no expectation to be entertained. I learned so much from this experience, which at times enabled me to ride beyond the limits of my expectations. I had anticipated that cantering up the rise to Craig’s Hut would be the climax of the ride, but steep descents, panoramic views, multiple river crossings and extended canters made for a new adventure every day.

What is your most memorable Globetrotting moment?
Six days in the Victorian High Country was one memorable moment after another, but riding the high trail above the Howqua River on George was very special.

Who is your favourite trail horse of all time and why?
George. Such a patient and most capable mount with an exciting turn of speed when given the aid. 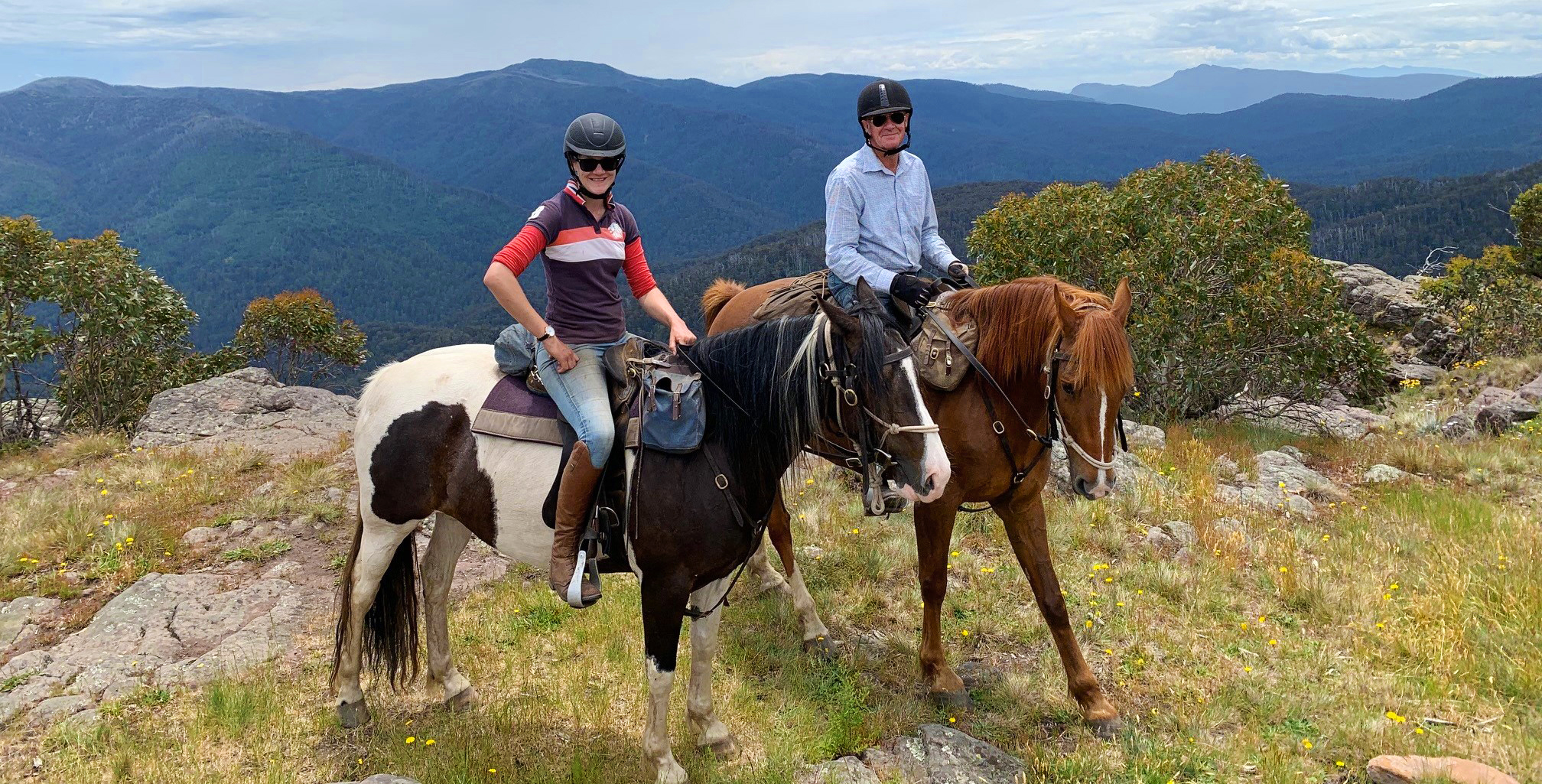 A tip that every globetrotter should know before going on a ride…
Be riding fit and physically fit. Despite a broken toe in August and an involuntary dismount injury in October, I was determined to be fit for the ride in early December.

Finish this sentence: Don’t leave home without…
A paper map, a compass and a whistle! So the sign says when you enter the Alpine National Park. I bore the brunt of some jokes because of my paper map (Mansfield-Mt Howitt, Rooftop’s Fifth Edition, 2013) but I like to know where I am and where I am going.