The Royal Windsor Horse Show was scheduled to take over the grounds of Windsor Castle from the 13th to the 17th of May, but due to COVID-19, it had to be cancelled.

It’s a familiar story to equestrians all over the globe, with competitions and shows cancelled across all disciplines and horses and riders left literally chafing at the bit for their beloved sports to resume.

But Windsor Castle has weathered many worse storms in its history, and it wasn’t about to be defeated by a pandemic. Nope – instead, the organisers took the event online!

Competitors were encouraged to submit photo entries for many of the classes that would normally be seen at the Royal Windsor, with sections including heavy horse, show hunter, driven, sidesaddle, polo pony and of course breed sections.

Then, from the 13th to the 17th, Virtual Windsor was broadcast live over Facebook and YouTube with a full program of interviews, competition judging (based on the photo entries!) and reruns of the most epic moments of the 2019 Royal Windsor. One of our favourite moments was watching the King’s Cup – now that was some real edge-of-your-seat showjumping. 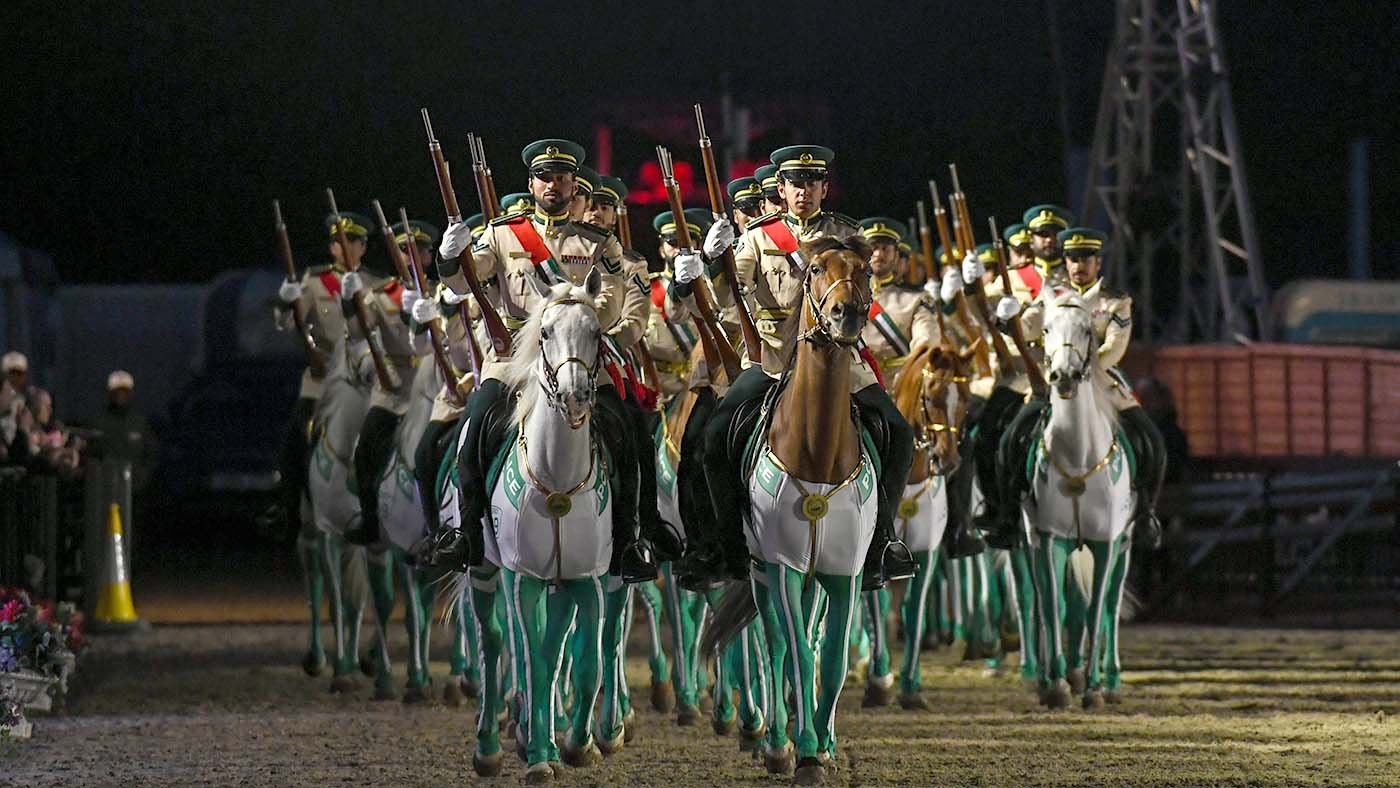 BUT without a doubt, the highlight was The Pageant! For the first time ever, footage from the Royal Windsor Pageant was released to the general public. This show is put on for the Queen, who is always in attendance as the show’s patron, and with the 2020 Pageant cancelled, the time was right to share last year’s show with the world. It’s a musical, theatrical, military and equestrian extravaganza with performances by troupes from near and far. We LOVED the Hungarian Csikós, whipcracking horsemen who performed incredible stunts including high-speed horseback archery! Other highlights include the Household Cavalry riding in all their splendour; the King’s Troop Royal Horse Artillery re-enacting a battle scene with what to my count was around FIFTY horses, most of them harnessed in teams of six; and of course the Shetland Pony Grand National!

Check it out on YouTube here. There’s a bit of preamble, so just FYI, the show begins at the 13 minute mark; the Queen arrives 34 minutes in; and the equestrian performances kick off with the Shetland Pony Grand National at 38:30.

Oh, and you can watch the live streams from every day of Virtual Windsor via Royal Windsor’s YouTube channel.