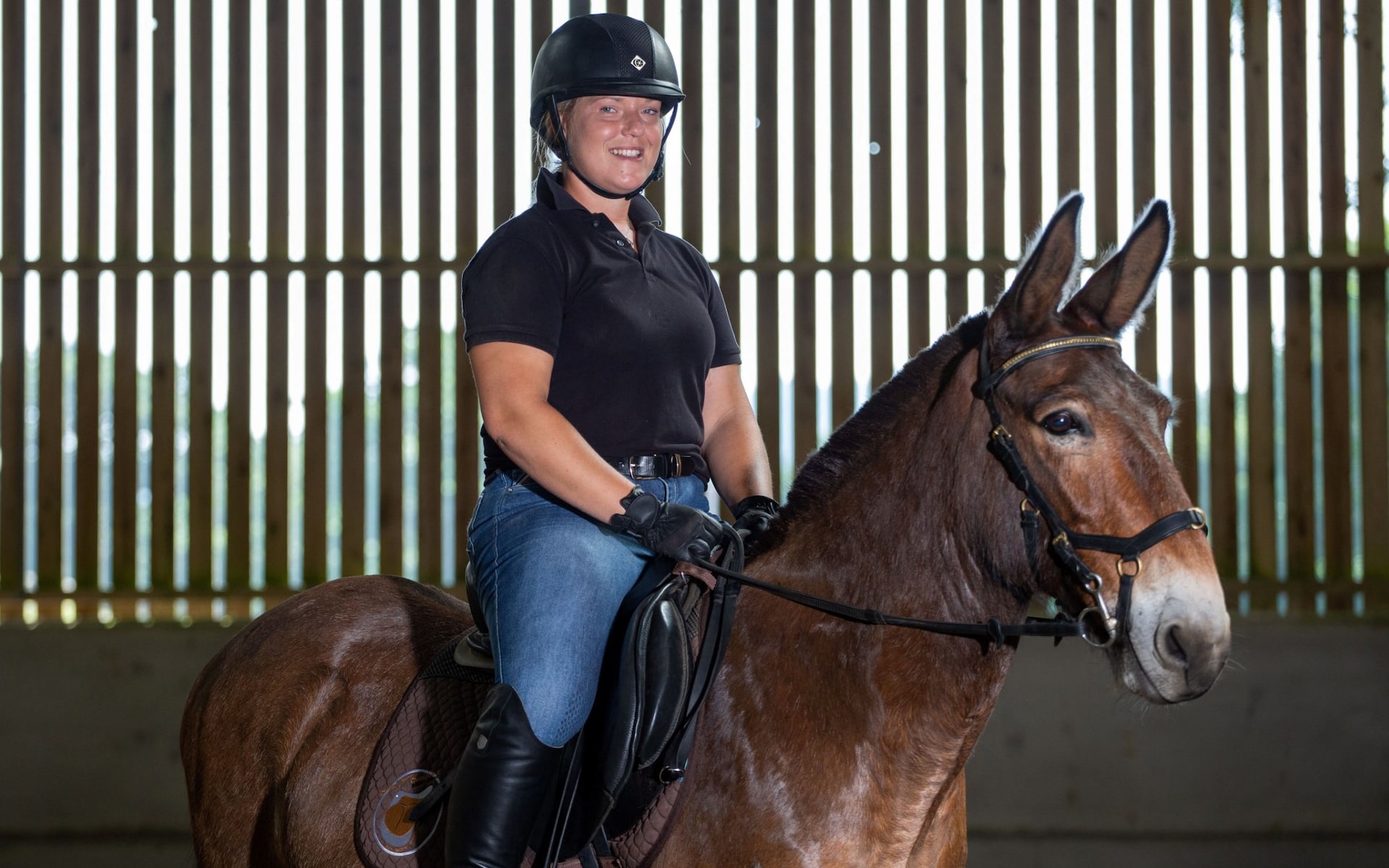 Meet Wallace, a mule who has triumphed against the odds to beat horses at their own game – dressage!

Wallace’s origins are a mystery, but as a six year old, he was found wandering a village in County Antrim, Northern Ireland, eating the locals’ flower displays. The locals and Wallace reached a compromise, converting a bus shelter into a stable where he could spend the winter in comfort, dining on hay and oats. From there, Wallace was taken to a local animal refuge, then transported to The Donkey Sanctuary’s pastures in Devon, England. It was there that he met and wooed Lesley Radcliffe, a lifelong mule lover, who took him home to join her herd.

Wallace lived a quiet life until Lesley brought him to a demonstration by the ‘horse whisperer’, Monty Roberts, who worked with Wallace and declared him very intelligent and ready to be ridden. Unable to ride herself, Lesley enlisted her friend Christie Mclean, and soon enough Christie and Wallace were unstoppable. The mule proved a natural at dressage, and after competing in various local events, he gained quite a following!

‘Horse: Refers also to a pony or other member of the genus equus unless the context requires otherwise. A horse shall be born from a mare.’

Mules are the product of a male donkey and a mare, so this change meant that ‘mulescrimination’ was at an end!

With British Dressage and Wallace’s adoring fans behind them, Wallace and Christie geared up for their first official British Dressage test at a competition in Gloucester. And when the moment came, Wallace absolutely shone, scoring 67.6% and beating eight horses and ponies to take out first prize! Wallace’s win is a triumph for mules and shows just how intelligent, sensitive and capable they really are.

You can keep up with Wallace’s adventures on his Facebook page, Wallace the Great.