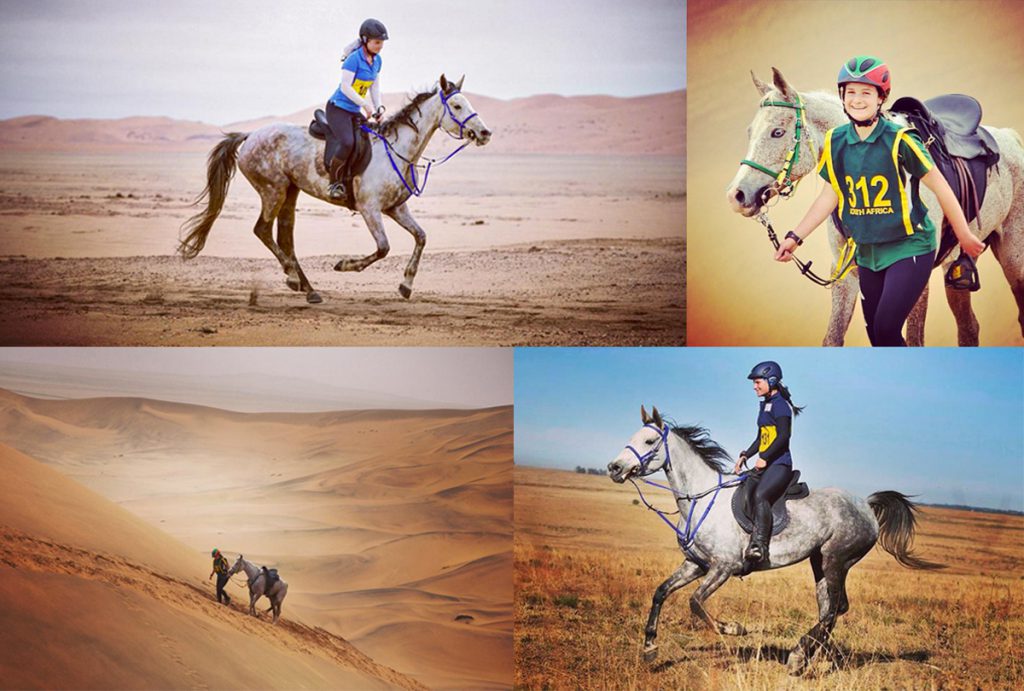 Each year, in the harsh climate of one of the oldest deserts in the world, the African Endurance Championships take place. Welcome to Namibia globetrotters, or more specifically, Walvis Bay in the Namib Desert. The Walvis Bay Endurance Ride takes riders over some of the highest dunes in the world, and is not only one of the most spectacular in Africa, but also an endurance ride in the true sense of the word. Horse and rider have to endure all aspects of the vastness and solitude of the Namib Desert.

There are different distances over which riders can compete – 130km, 93.6km, 62.6km and 28.5km – and the ride is registered as an international FEI rider, meaning those who compete are able to qualify for an international ranking should the complete the course.

Like any endurance event, there are vet checks stationed after each leg and only after being found fit and healthy will the horse be allowed to continue on the next leg of the competition.

Walvis Bay is a popular endurance ride venue, with riders from South Africa and Botswana crossing the borders into Namibia to enter the competition. To keep things interesting, event organisers usually schedule a team competition between each country for both senior and junior riders. And it’s not only African competitors who take part in the race, in previous years riders from the Netherlands and Italy have joined, competing on local horses suited to the climate.

About 98% of the horses who participate in these events are Arabs or have Arabian bloodlines. Research suggests the original purpose of the Arab horse was as a desert warhorse. Over the centuries, the horses adapted to the harsh desert environment, making them a special and unique breed of horse as they required less feed than other horses of the same size.

Anyone care to give this one a try globetrotters? And don’t forget, it might not be a registered endurance race but you too can globe-trot through Namibia on our Namib Desert Safari – an adventure of EPIC proportions which covers a total of 400km in ten days!

Image credit: We Are Trail Riders