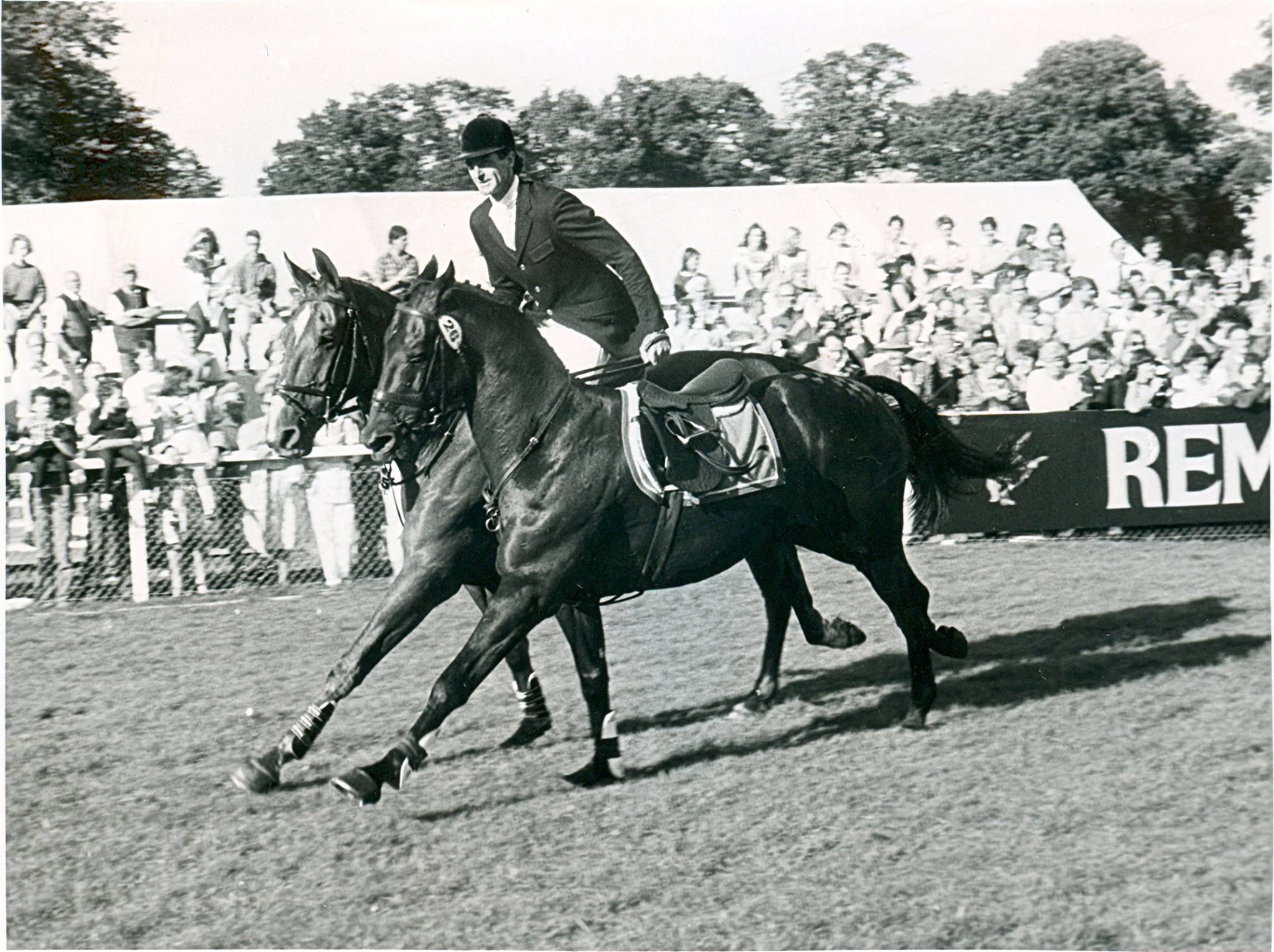 The Irish Sport Horse ‘Wilton Fair’ (also known as Wilbur) was born in Ireland in 1977. He was brought through the eventing ranks by Sir Mark Todd who would go on to win the Burghley CC14* in 1987. After this victory, Todd sold Wilbur over to Matt Firestone who unfortunately found him too big (and at 18 HANDS HIGH who wouldn’t??) so he was sent to Karen O’Connor to be sold on.

His size proved too much for most riders so he was passed to David O’Connor to ride to sell. At long last, Wilbur found a buyer (David Lenaburg) but was given back to O’Connor to ride but this time to compete. This was the start of the 15-year partner ownership between these two men and it all started with ‘Wilton Fair’.

The dynamic duo that became O’Connor and ‘Wilton Fair’ became legendary as they competed in the 1990 World Championships for eventing in Sweden with the U.S Team and came fourth. They even went on to win Rolex Kentucky in the same year! It was there that the term “Wilbur Weather” was born and it was because this pair just kept riding through rain, hail and shine LITERALLY! Halfway through running the course it started to hail but being the big, gutsy horse that he was, ‘Wilton Fair’ just kept going. Once O’Connor had gained the trust of big boy Wilbur, there was nothing that could stop this horse even when other eventers packed up.

Their last event together was the Fair Hill CC13* in 1993 and they cemented “Wilbur Weather” into the history books by riding a ‘fairy tale’ ride through the rain. Afterwards, Wilbur was retired and enjoyed 8 years of blissful retirement before he passed away in 2001. He will always be remembered for his gutsy attitude and trying heart.

What a superstar this horse was! Doesn’t he sound like the most awesome horse to ride?