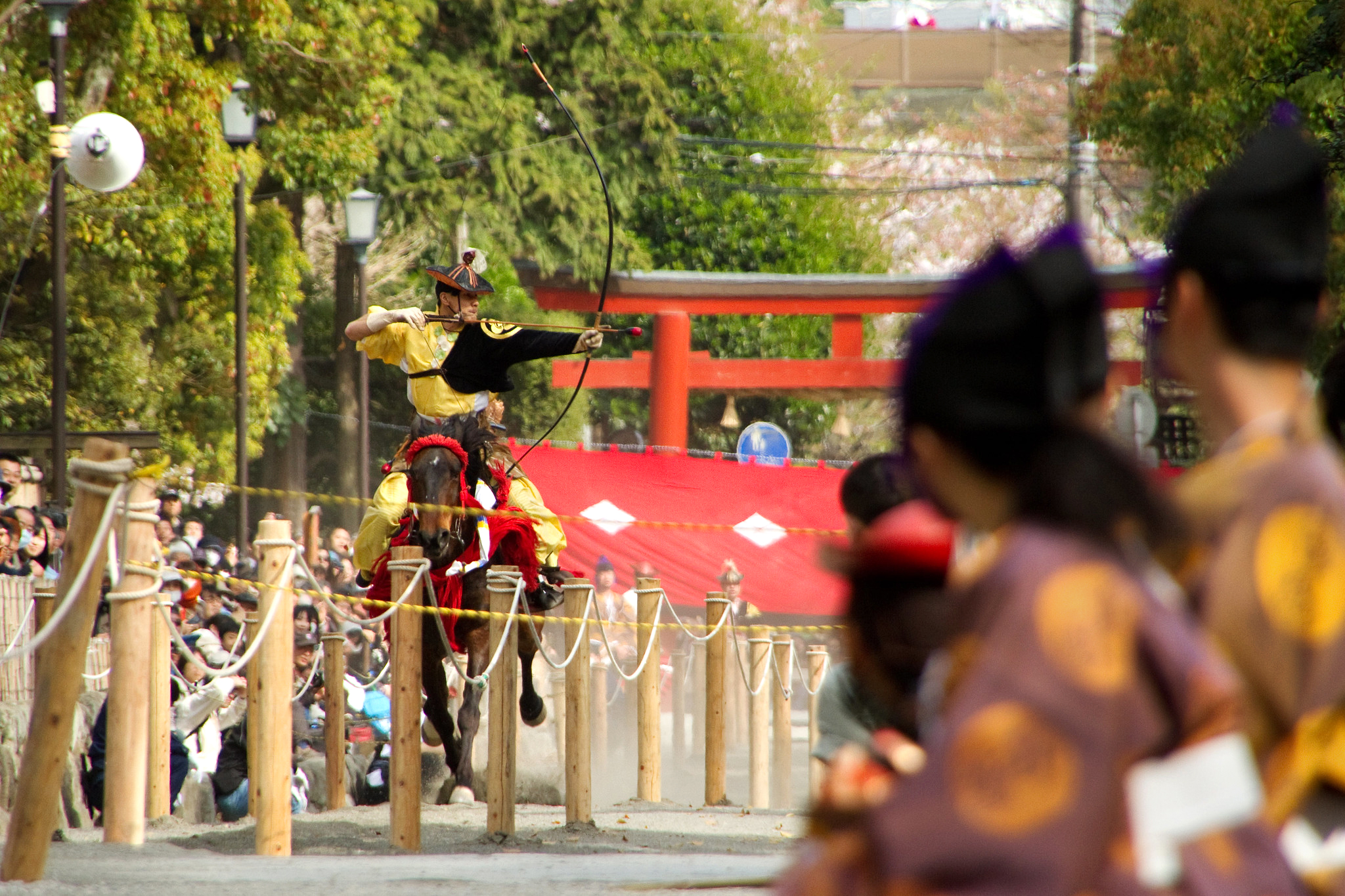 Yabusame is a type of mounted archery in Japan. An archer on a galloping horse shoots three arrows successively at three wooden targets. Think it sounds simple? Think again!

While Japanese bows date back to prehistoric times, this particular style of archery has its origins at the beginning of the Kamakura period (1192 – 1334). The shogun Minamoto no Yoritomo was dismayed at the lack of archery skills his samurai warriors displayed, so he organised yabusame as a form of practice – it helped a samurai learn concentration, discipline and refinement. To be able to calmly draw one’s bow, aim, and shoot in the heat of battle, and then repeat, was the mark of a true samurai who had mastered his training and his fear. Yabusame was also designed as a way to please and entertain the gods that watch over Japan, thus encouraging their blessings for the prosperity of the land, the people, and the harvest.

So how does it work? A yabusame archer gallops down a 255 metre-long track, controlling the horse with his knees (since he needs both hands to draw and shoot his bow). As he approaches a target, he brings the bow up, drawing the arrow before letting it fly with a deep shout of In-Yo-In-Yo (darkness and light). The arrows are topped with perforated bulbs of wood or deer horn so that they make a whistling noise when fired. This kind of arrow was originally used by samurai to alert the enemy before battle (unannounced attacks were not honourable), but nowadays they have the advantage of making the ritual less dangerous for spectators. 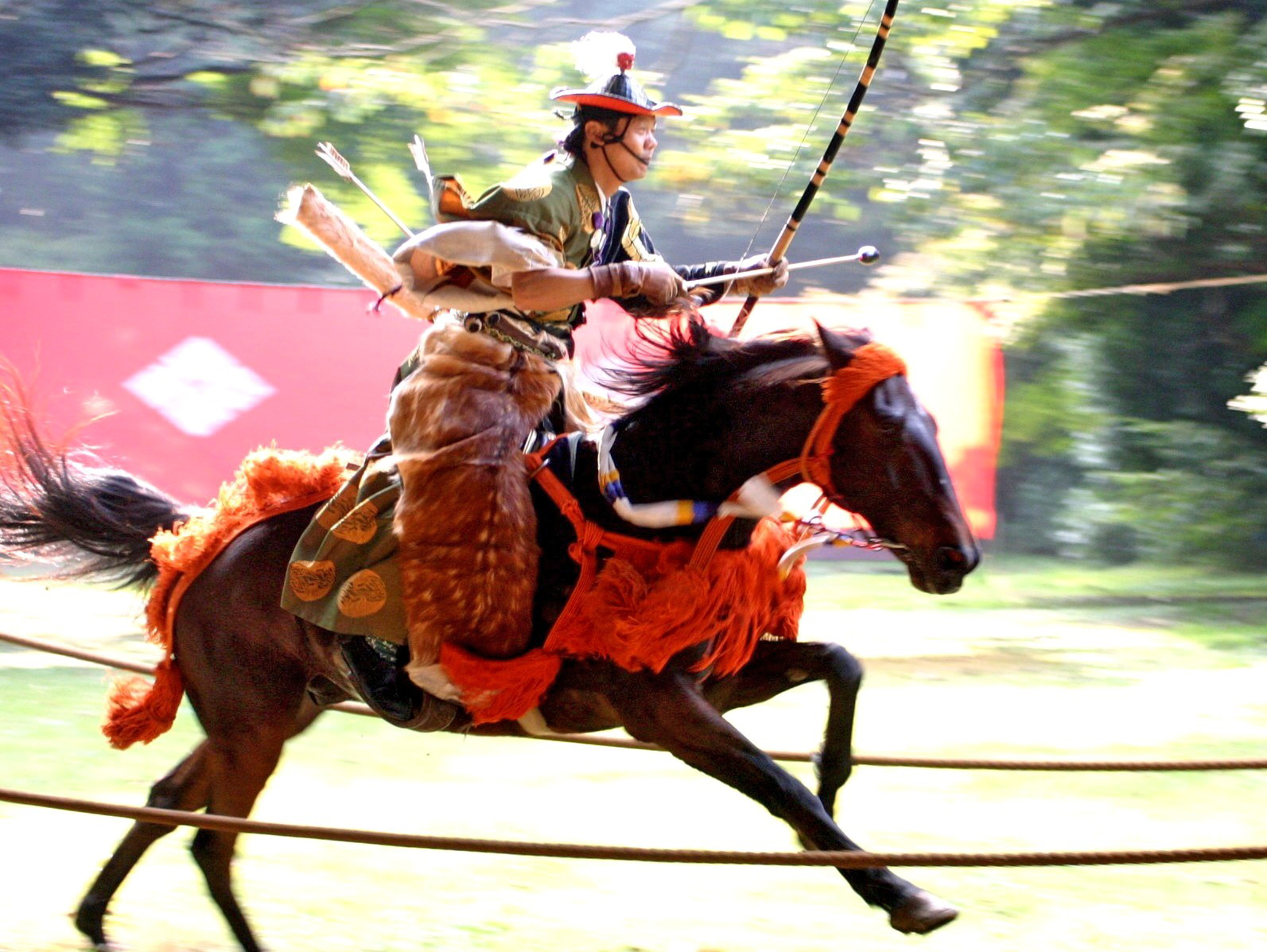 To hit all three targets is considered an admirable accomplishment. To be selected as a yabusame archer is a great honor and in the past, they were chosen from only the best warriors. The placement of the targets, and the targets themselves are designed to ritually replicate the optimum target for a lethal blow to an opponent wearing full traditional samurai armor, which left space just beneath the helmet visor bare.

Yabusame is characterized as a ritual rather than a sport because of its solemn style and various religious aspects. It is often performed for special ceremonies or official events, such as entertaining foreign dignitaries and heads of states. Yabusame demonstrations have been given for the formal visits of US Presidents Ronald Reagan and George W. Bush, and also to Prince Charles who reportedly was fascinated with the performance. It is also held at various times throughout the year, generally near Shinto shrines.

It certainly takes a great deal of skill to shoot a bow and arrow at a target off the back of a galloping horse… anyone care to give this a try?