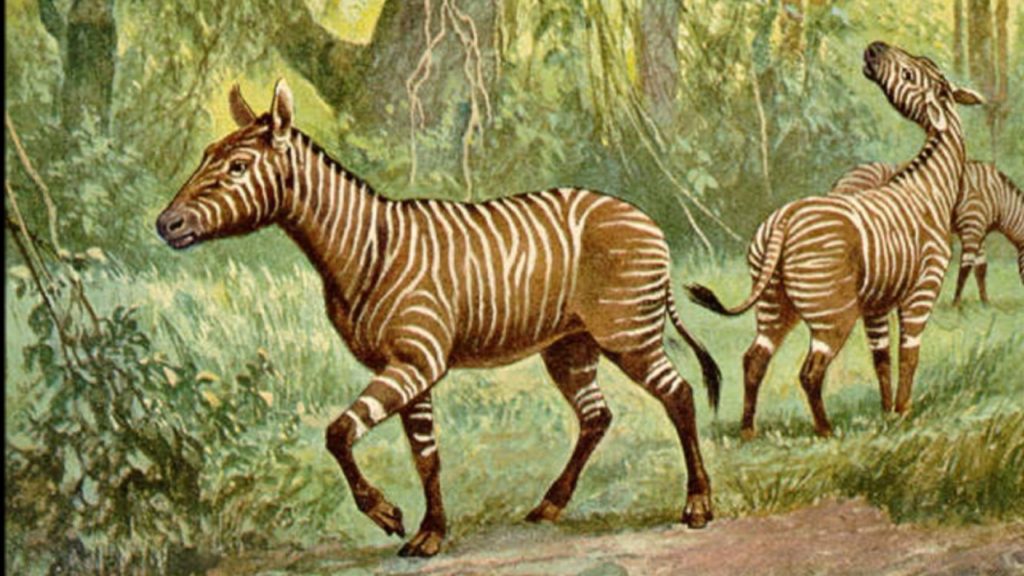 Today we are stepping back through history globetrotters and taking a peek at how horses have evolved over time. The modern horses that we are used to only represent one small branch of the HUGE family tree known as the Equidae. This tree spans over millions of years and all other branches are sadly extinct, but we do know that the earliest known horses evolved 55 million years ago.

One of the early ancestors of our modern horse walked on four spread-out toes, a feature which enabled them to walk on the soft, moist grounds of primeval forests. These horses were called the Eohippus and they were so small that they only weighed 45kg and were the size of a fox! One major difference between these little fellas and modern ponies is that all of the major leg bones were unfused, leaving the legs flexible and rotatable. They stayed this way for over half of their history but climate change started the rise of the modern horse. The equine tree continued to grow in different directions as the climate changed which created many new species of horse, each of whom had different characteristics to help them adapt, whether it be a change in body structure, preferred habitat, or their diet changing from foliage to grass. 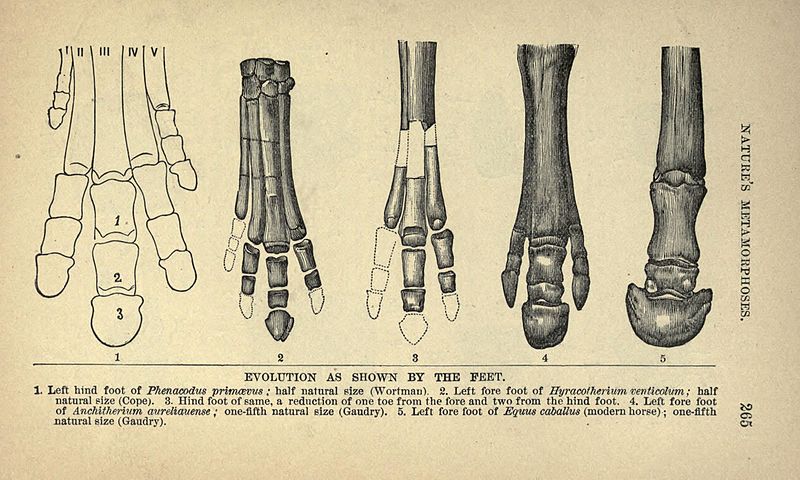 In particular, the change from leaves to grass in the horses’ diet led to the need for larger and more durable teeth to munch through grassy stalks in order to get the nutrition required to survive. The horses also had to be capable of running quickly away from predators and to do so their legs grew longer, and by lifting some their toes from the ground in such a way that the weight of the body was gradually placed on one of the longest toes, it allowed them to run over harder ground that wasn’t squishy underfoot. 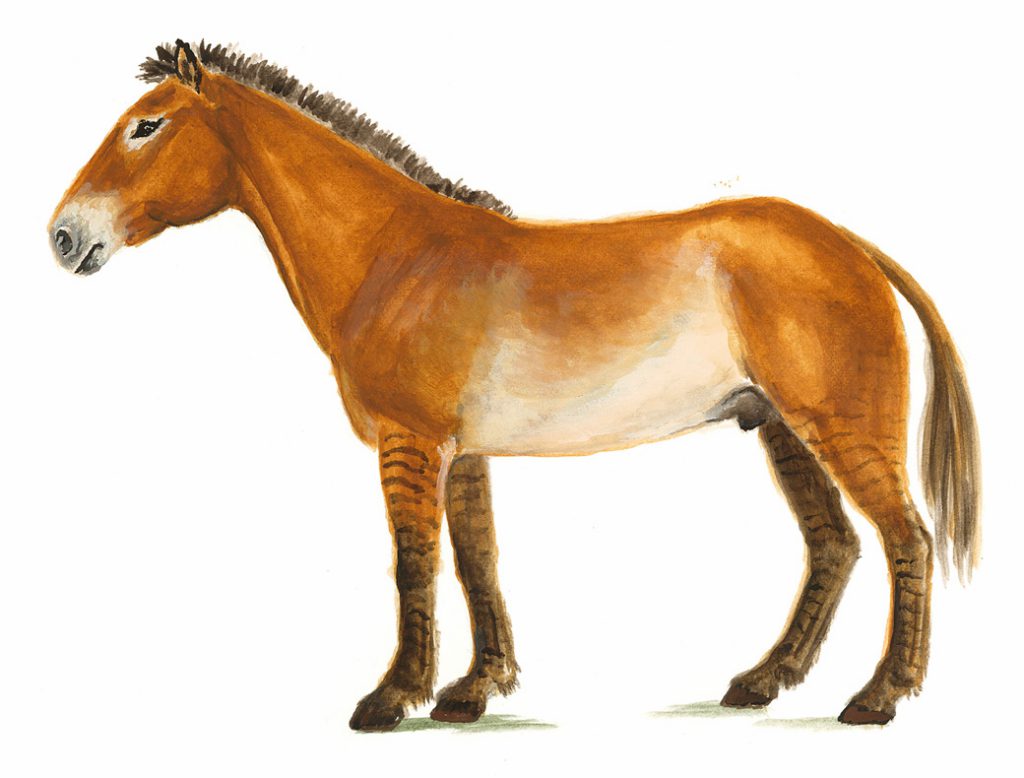 This is where the first true horse started to appear. Say hello to the Dinohippus who had a single hoof for a foot and ate grass. This equine lived 11 to 4 million years ago and is one of the closest relatives to the modern horse. When the Ice Age came around, lots of the horse species began to die out as food became scarce, but one who managed to survive was the Equus lambei, or the Yukon horse. A recent DNA analysis suggests that all of these various species of Ice Age horse, such as this one, likely represented regional populations of a single wide-ranging horse species.

The Yukon horse was small in size and only stood around 12 hands or 1.2 metres at the shoulder. These horses are so similar to the last true wild horse, the endangered Przewalski horse in Mongolia, that they are genetically related! The genetics of the modern horse, however, came from a Dinohippus-like ancestor around four to seven million years ago that rapidly spread and diversified into various species of Zebra and Asses.

And so there we have it globetrotters…the modern horse. Through millions of years of evolution, we have one branch left of the family tree of the horse we know and love today. Our equine buddies have been used for many purposes over the centuries since we first tamed the horse but that is another history lesson for another day!