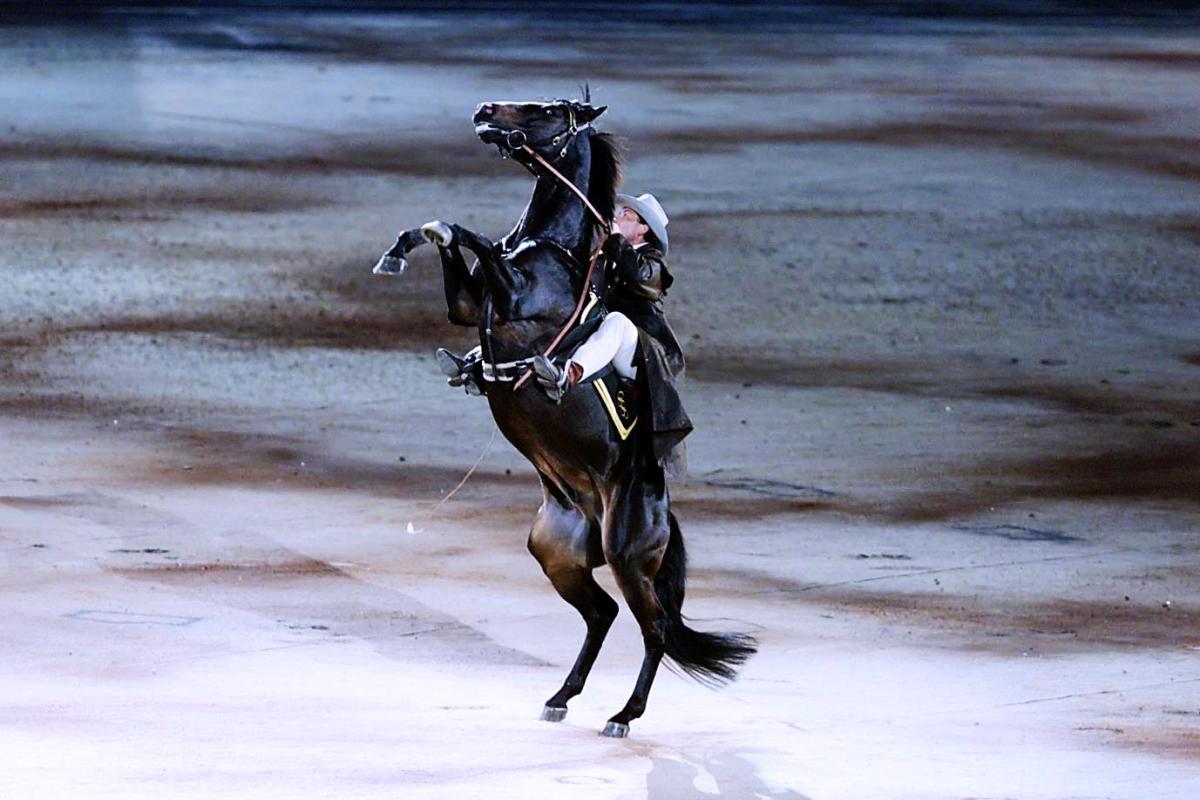 Time to meet an amazing horse named Ammo who was a true star of the Opening Ceremony at the Sydney Olympic Games in 2000. To ride into an arena with thousands and thousands of people roaring and rear TWICE while whips cracked to signal the start of the games is truly a feat of horsemanship and courage! The ‘Lone Rider’ tribute performed by Ammo and his owner Steven Jefferys was absolutely spectacular and finished with them galloping off the arena floor to be replaced by 120 other stockmen and their horses. This was definitely a show to be remembered!

Ammo and Steven faced the odds of so many things going wrong to complete one of the most hair-raising appearances and put this opening ceremony in the history books! Let us be real here- that was a young horse in front of thousands of people galloping, rearing and having a whip cracked off it: that’s what you call amazing horsemanship! 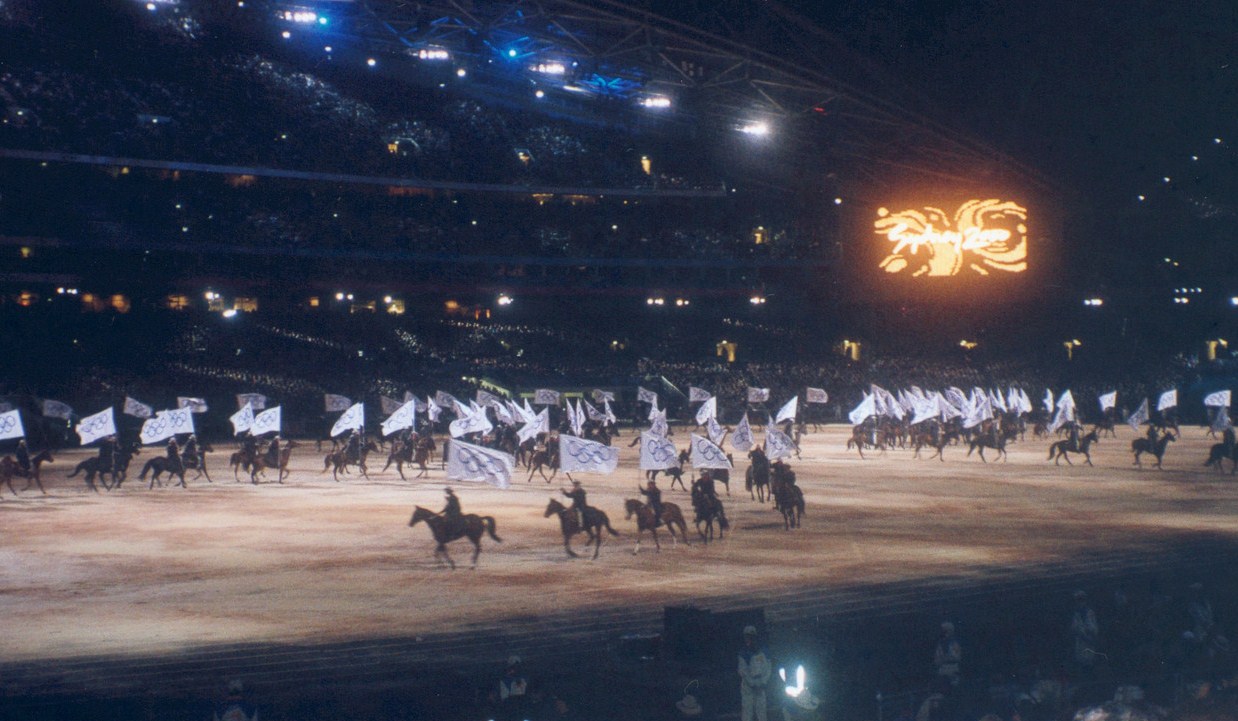 Steven Jefferys had been training horses for most of his life to be performance horses for television as well as your regular disciplines like dressage, show jumping, eventing and western riding! Jefferys was instrumental in creating the opening horse display at the Sydney Games; he hand-selected and trained the 120 riders that followed he and Ammo and emphasised the need for a safe and workable environment for the horses to perform in!

Here’s a peek at this amazing performance!

So how about that Globetrotters! Who was lucky enough to go watch this opening ceremony and did anyone attend the opening of the Commonwealth Games this year?