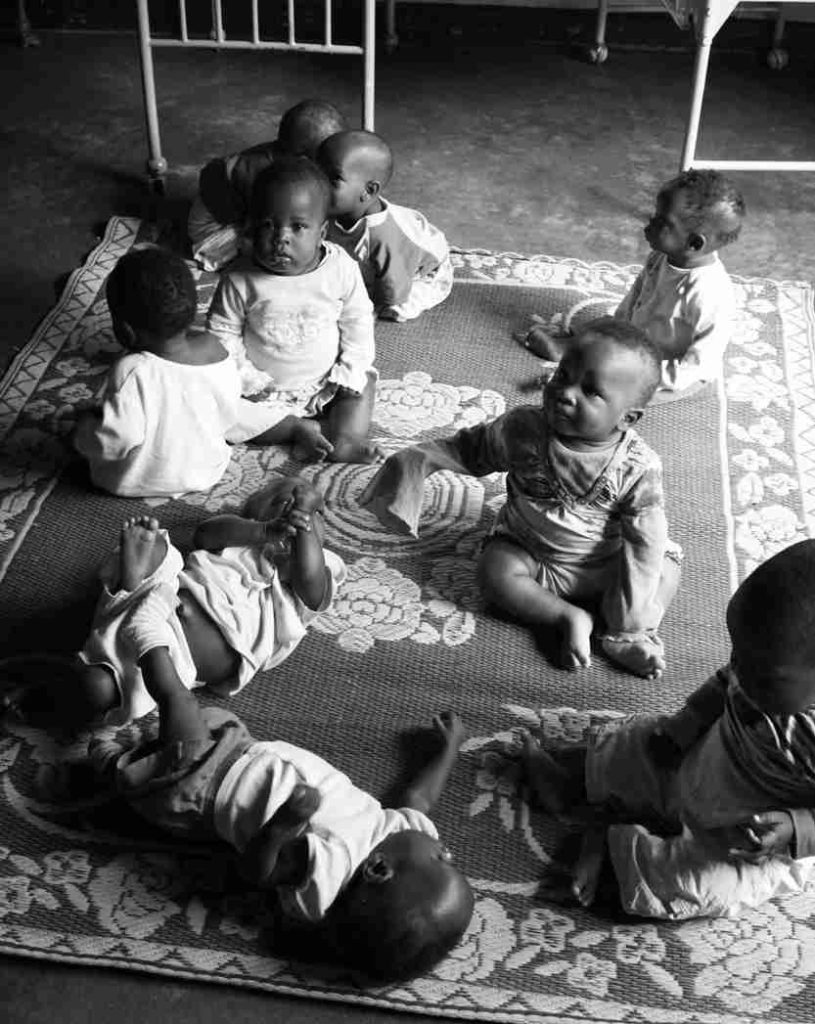 We went to the Sanyu Babies Home today in the heart of chaotic Kampala. Before we arrived we stopped at Nakumat to buy some baby supplies including nappies, wet wipes and formula before reaching the home at 4pm. At the orphanage they have fifty one orphans ranging in ages three months to four years of age. They’ve been abandoned by their families, left at churches or at the front of the home. 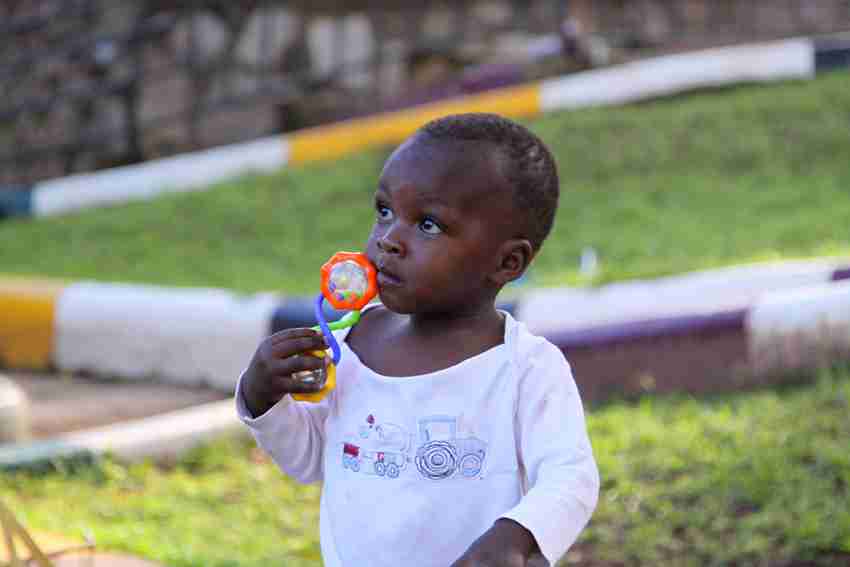 At the moment they’re at maximum capacity, preferring no more than fifty orphans at a time. The four of us, my husband and I and two globetrotting clients, walked into the dark, concrete building to a chorus of gurgling and crying children. Children were in high chairs others crawling on the cement floor or sitting on their bottoms staring up at us with their chocolate brown eyes. 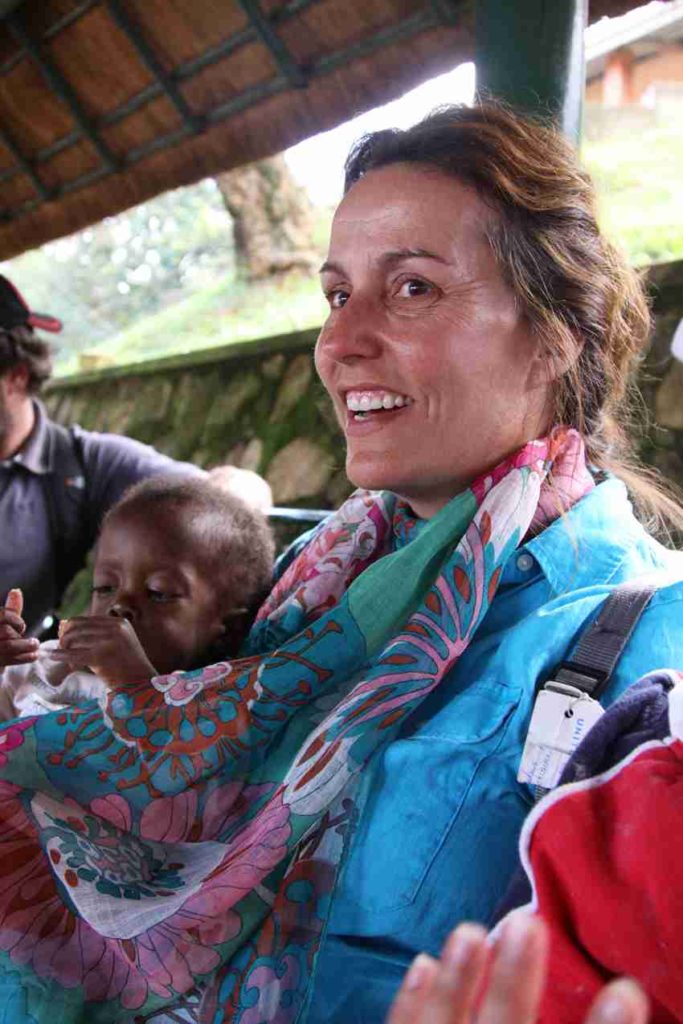 I found it impossible to tell the boys and girls apart with their fuzzy hair cropped short. Boys dressed in pink patterned clothing. My client Robyn, was the first to have a baby slung over her hip as soon as she walked through the door. It was only a matter of minutes and we all had happy, Buddha-bellied babies hanging off our hips as we were taken on a tour of the orphanage. 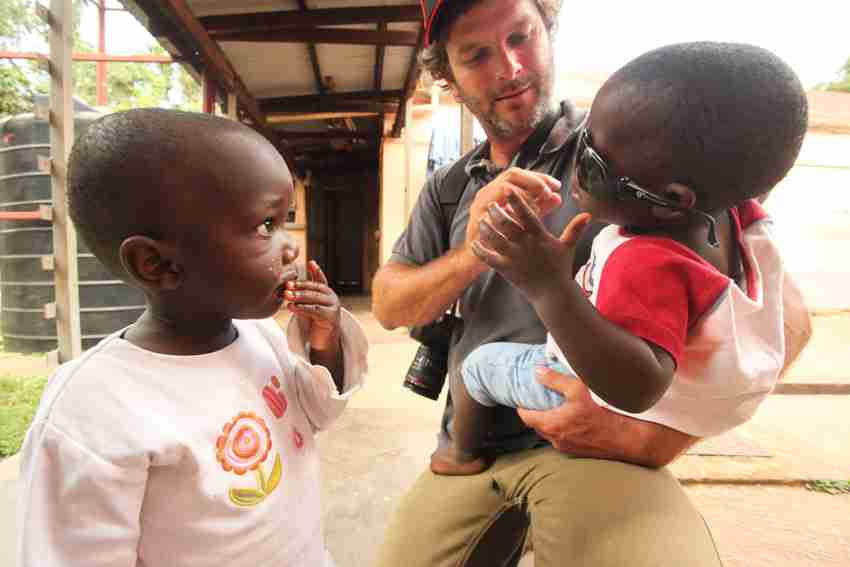 We had to be very careful of where we stepped, not due to stray toys but crawling babies. If you stood still for a moment you would have a baby tugging on your leg to be held. I was desperate to be able to nurse, hug and clutch them all. I had a three-year-old boy called Walter on my hip who had a fascination with my sunglasses. If I tried to put him down there was an explosion of tears before his feet would touch the ground. Does he realise the desperation of his situation? Is he old enough to realise that he doesn’t have a family and that I’m his ticket to a better life? I shudder to think. 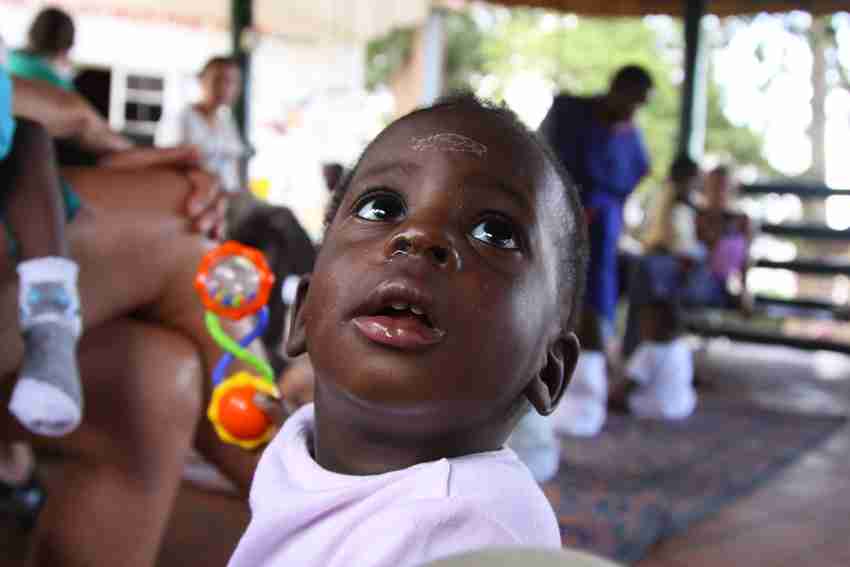 Life and death are friends in Uganda, they stand shoulder to shoulder.