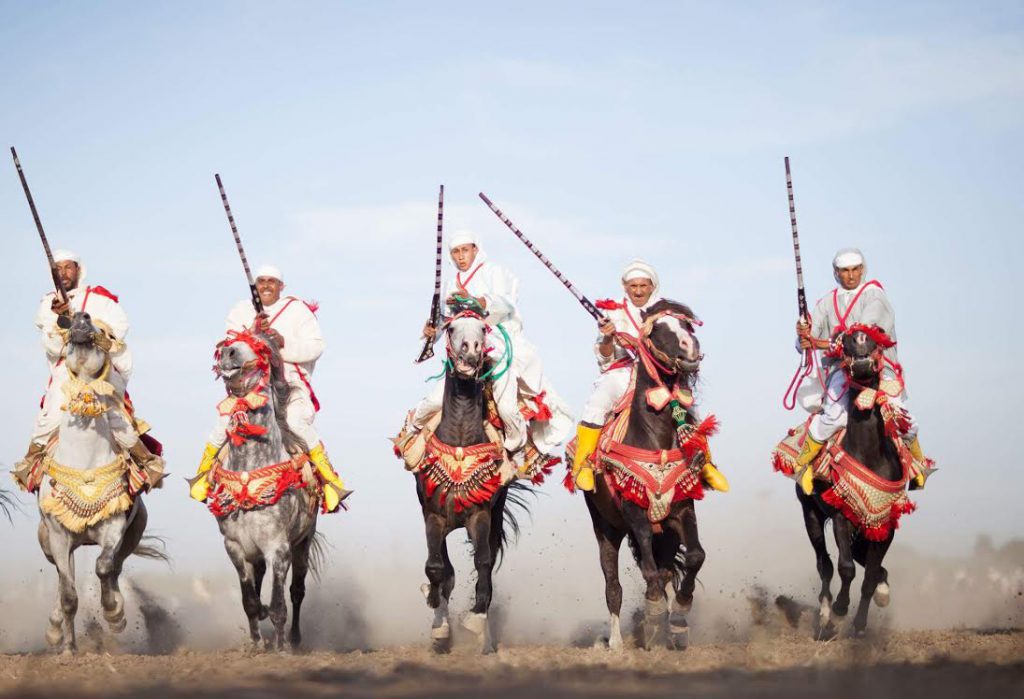 The Festival Fantasia is a centuries-old cultural performance in Morocco that combines history and storytelling, and celebrates the North African tradition of a close relationship with masculinity, horses and warfare. It is performed at weddings and holiday celebrations throughout Morocco, as well as annual festivals, and is an ever-present reminder of the country’s Berber cultural heritage.

Teams of riders representing different local villages take it in turn to sprint across a flat plain while holding, and firing, a traditional musket above their heads. It’s real, live ammunition globetrotters, and it’s serious business. At the end of the festival, points are awarded for synchronicity (both in the formation of the group as well as the firing of the gun) and presentation, with the winning village granted annual bragging rights and a cash prize. 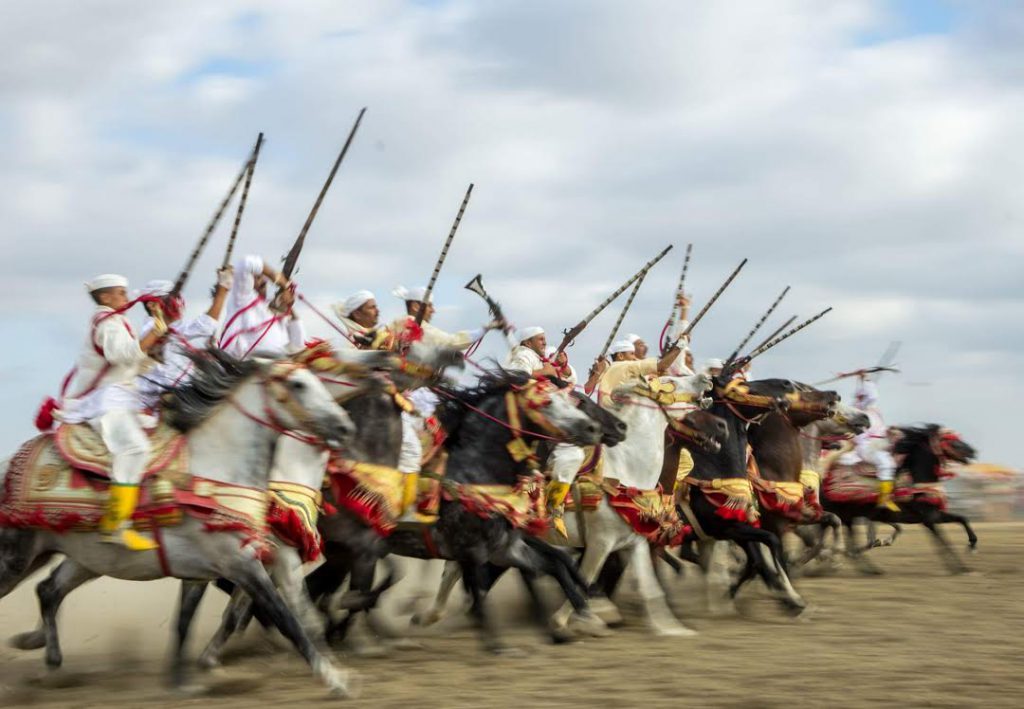 Inspired by historical wartime attacks of Berber and desert knights, today Fantasia is considered a cultural art as well as a form of martial art. In Arabic, the words used to describe the main events of Fantasia are ‘harrga’ meaning ‘a movement’, and ‘barood’ meaning ‘gunpowder’.

The horses bred for Fantasia are well-groomed stallions of Barb bloodlines whose bodies are complete muscle. No ordinary work horse is allowed, no siree! The entire performance reflects the strong relationship between man and horse as is perceived in Islam. It’s an exhibition of mastery, uniting man and horse. While originally a male-only demonstration, in more recent years women have been allowed to compete and ride in Fantasia festivals, with all-female troops often beating the men!

P.S. if you’re thinking of visiting Morocco, do youself a favour and check out The Sahara Ride!