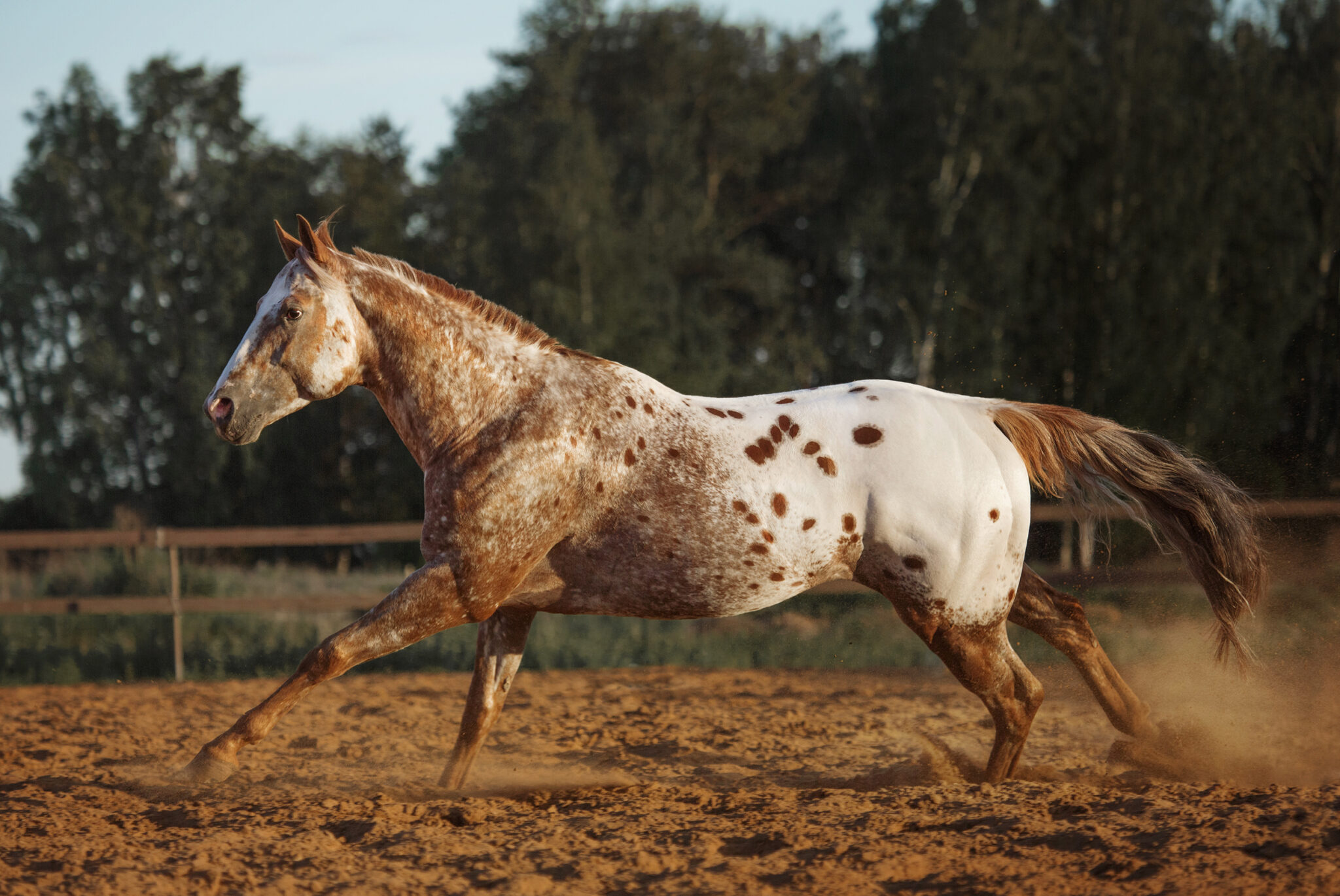 Breed origin: There have been several theories as to where the Appaloosa originated from as many thought that the Spanish Conquistadors brought the horse to the Americas in the late 15th or early 16th centuries. However, one theory suggests that they had already been there. The Appaloosa has been linked to the Nez Perce tribe from Oregon, eastern Washington and even Idaho. The land of this tribe included fertile valleys with one of them being the Palouse valley, from which the name Appaloosa was derived. The tribe was skilled horse breeders and not only valued the beauty in the colours of the horse but their hardiness and practicality for hunting and in times of war.

The breed was nearly wiped out in 1876-77 as US troops seized tribal lands but in 1938, the breed was lucky to have a few descendants left and the Appaloosa went under revival. Now the breed is strong and can be found all over the world!

The body of the Appaloosa is compact with strong legs, a long slender neck and defined withers. The head of the breed is very expressive with bold eyes and the muzzle can be mottled with irregular spotting. They have very little mane and tail but that doesn’t stop kids from playing with it!

Modern day Appaloosa: The Appaloosa these days is widely used for stock work and pleasure including jumping, racing, long-distance riding and hacking.