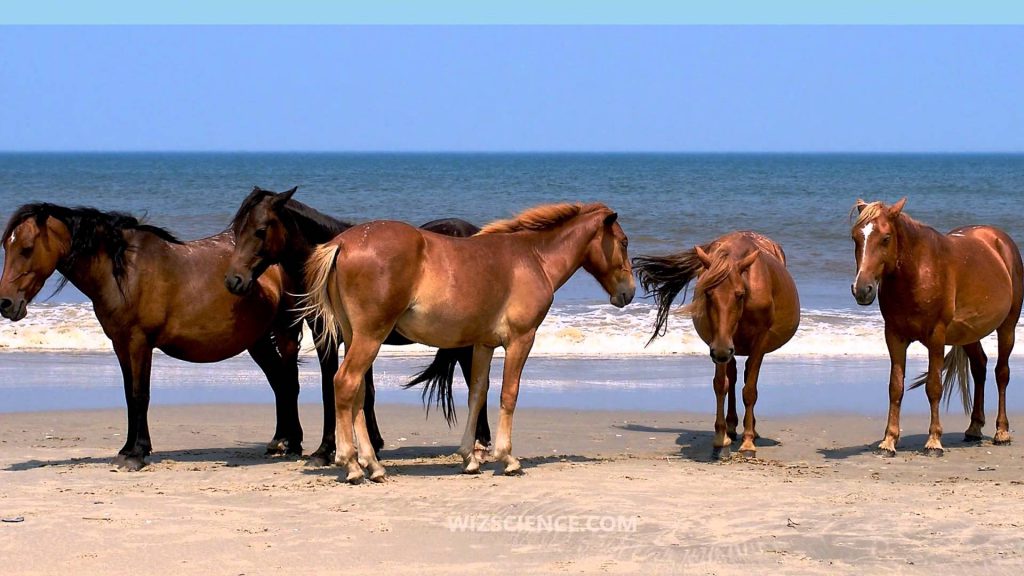 Breed origin: The Carolina Marsh Tack, or Marsh Tacky as it is also known, is a rare breed of horse, native to South Carolina. They developed from Spanish horses brought to the South Carolina coast by Spanish explorers, settlers and traders during the 16th century. The horses were used by the colonists during the American Revolution – the swamp savvy of the Marsh Tacky may have given Francis Marion’s forces an advantage, as British cavalry mounted on larger European breeds were not as easily able to maneuver in the dense lowland swamps. After the American Civil Way, they were commonly used by South Carolinians for farm work, herding cattle and hunting throughout the breed’s history.

The breed is considered to be critically endangered by both the Livestock Conservancy and the Equus Survival Trust, and there are only around 275 Marsh Tackies in existence today.

Distinguishing features: Generally standing at Galloway height, the Carolina Marsh Tacky comes in a wide variety of colours. Historically, mulit-coloured patterns such as pinto were found, but they were not selected for breeding and today are not seen in the breed. The Marsh Tacky exhibits a four-beat ambling gait, similar to the marcha batida of the Brazilian Mangalarga Marchador and the foxt trot of the Missouri Fox Trotter. However, the Marsh Tacky’s gait shows a period of quadrupedal support where all four feet are planted and diagonal foot pairings, whereas the Fox Trotter shows tripedal support and the Mangalarga Marchador lacks the diagonal foot pairings.

Known by owners for its stamina and ability to work in water and swamps without panicking, the Marsh Tacky tends to be sure-footed, sturdy, smart and able to survive in challenging coastal environments.

Modern day Carolina Marsh Tacky: Their small size and gentle nature made the Marsh Tacky breed the historically preferred mount for children and women, but they were also used as working animals due to their abilities in the field. Today, they are used in endurance riding, as well as continuing their traditional work assisting humans with hunting wild game and herding cattle.