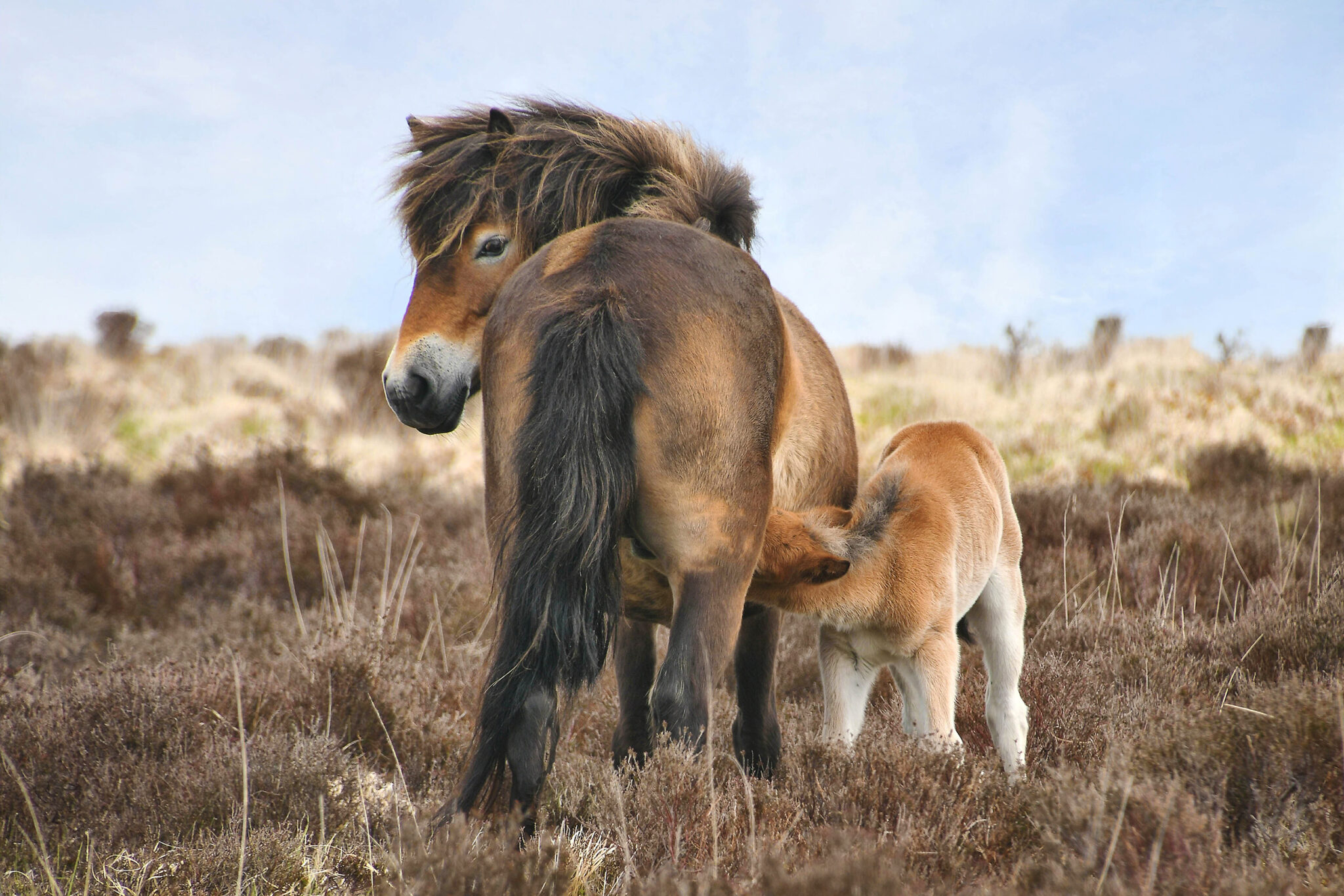 Breed origin: Horses have been present in Britain since 700,000 BC and fossil remains have been found in the area of Exmoor dating back to about 50,000 BC. Some people claim the Exmoor pony has been purebred since the last Ice Age, while others claim this is unsupported by modern DNA research. However, the breed bears a close resemblance to the primitive wild horse.

The Domesday Book records ponies on Exmoor in 1086, and descendants of ponies removed from the moor in 1818 form the foundation bloodstock of today’s Exmoor pony. The breed nearly became extinct after WWII due to soldiers using them for target practice and others killing them for meat.

Distinguishing features: Exmoor ponies are usually a dark bay or ‘brown’ colour with markings around the eyes, muzzle, flanks and underbelly. They usually stand between 11.1 to 12.3 hands high, but some have been known to reach 13.2hh. With a stocky, powerful build, the Exmoor pony is strong for its height and known for its hardiness and endurance. They have a deep chest and broad back, short legs and hard hooves. Exmoor ponies’ heads are somewhat larger than the proportion of their bodies, and have a unique feature called a ‘toad eye’ caused by extra fleshiness of the eyelids, which helps to deflect water and provide extra insulation.

To survive the cold winters in the UK, the Exmoor grows a winter coat consisting of a highly insulating woolly underlayer and a topcoat of longer, oily hairs that prevent the undercoat from becoming waterlogged by diverting water down the sides of their bodies to fall from just a few drip areas. The dock of their tail has coarse hairs, called a ‘frost cap’, that deflects rainwater away from the groin and underbelly areas to fall from the long hairs on the back of the hind legs.

Modern day Exmoor pony: Exmoor ponies are used for a variety of equestrian activities including showing, long distance riding, driving and agility. The breed’s hardiness makes it suitable for conservation grazing, and it contributes to the management of many natural pasture habitats and grasslands. In January 2015, a heard of 14 Exmoors from Exmoor National Park were moved to the former military base of Milovice, Czech Republic, in an effort to save biodiversity.