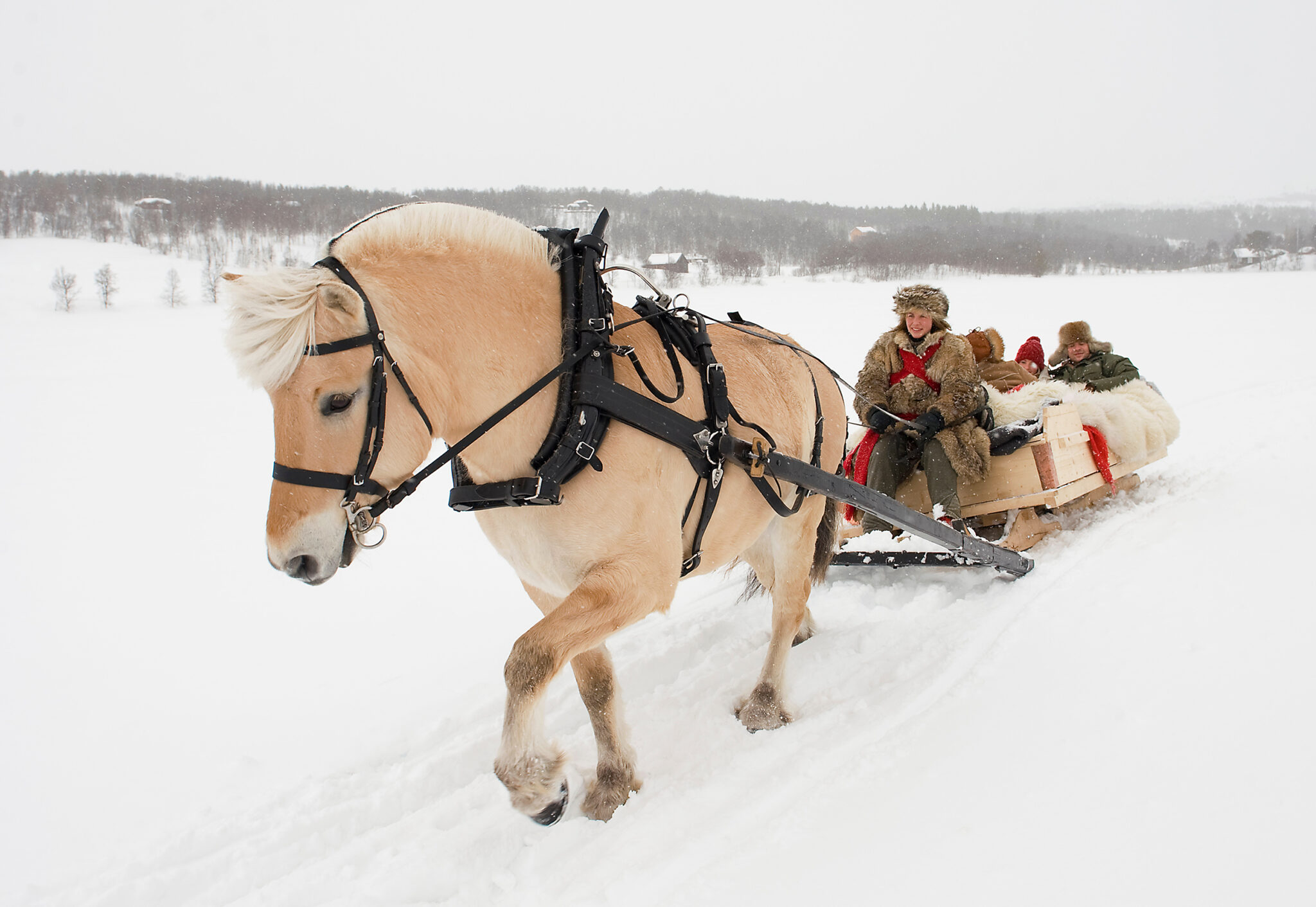 Breed origin: The Fjord horse is one of the world’s oldest and purest breeds. Horses were known to exist in Norway at the end of the last ice age. It is believed that the ancestors of the modern Fjord horse migrated to Norway and were domesticated over 4,000 years ago. The Fjord horse is featured as a charge on the coat of arms of the municipalities of Gloppen and Eld, both in Nordfjord.

Distinguishing features: An agile breed of draught horse, all Fjord horses are dun in colour, with five variations in shade recognised in the breed standard – brown dun (the most common shade), red dun, grey dun, yellow dun and white dun. The primitive markings associated with the dun gene are often quite vivid in the Fjord horse. These include the dorsal stripe, darker mane and tail, horizontal stripes on the back of the legs, and in rare cases, transverse striping across the withers. Some have small brown spots on the body or the head, known as Njal marks after one of the foundation sires of the breed. Fjord horses are also consistent for having pangare traits: lighter hair on the muzzle, belly, inside of legs, and over the eyes.

Modern day Fjord: The Fjord horse is strong and agile, and can be as much at home pulling timber as it can be as a riding or driving horse. They are a favourite breed at Norwegian riding and therapeutic schools, as its generally mild temperament and small size make it suitable for children and disabled individuals. They are considered very good driving horses, and are commonly used in everything from competitions to tourist transport in Norway.