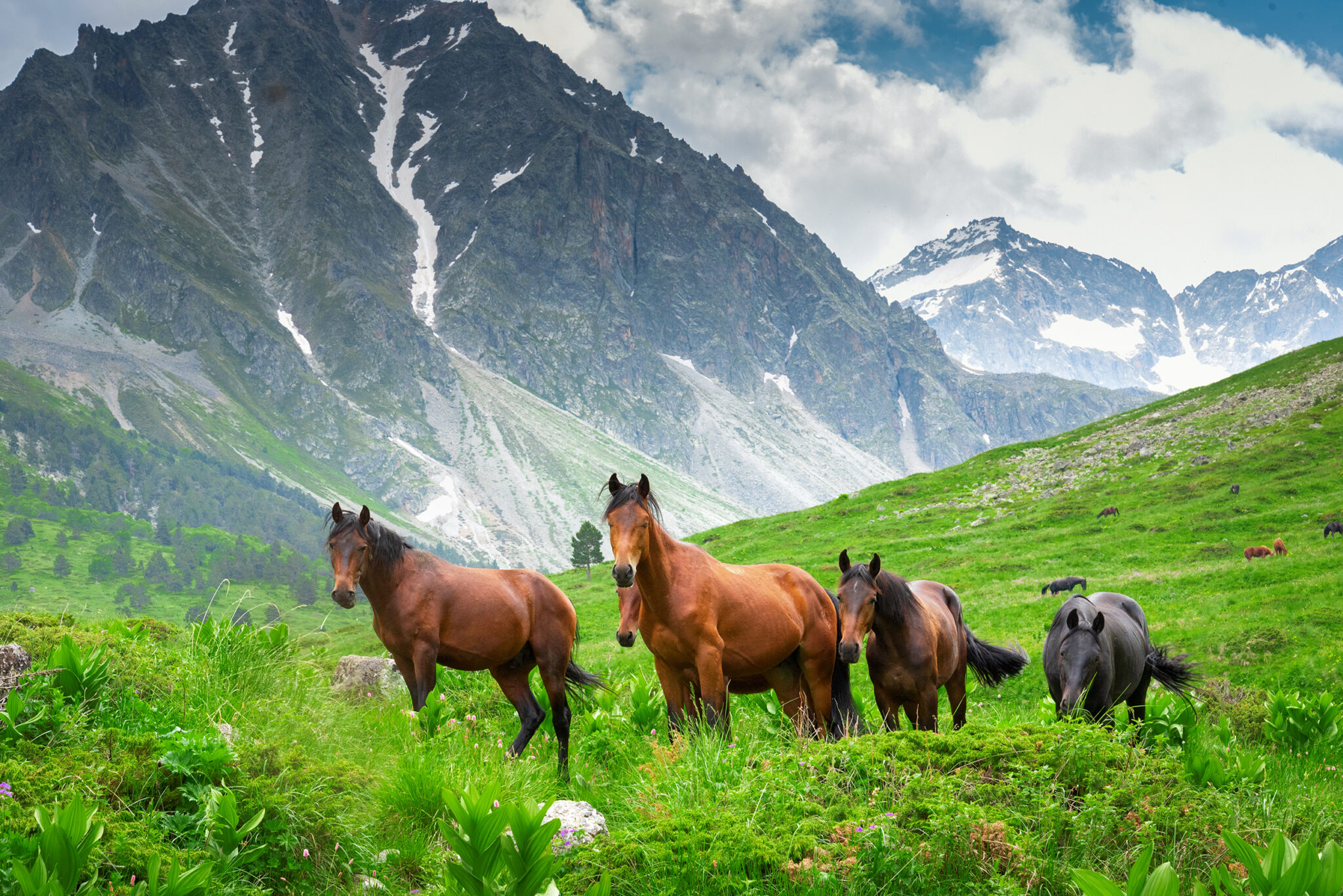 Breed origin: The Karachay horse has been bred for around seven centuries in the north-western Caucasus Mountains of Russia. It is named after the people who bred it, the Karachays, who lived in these mountains continuously until being deported to Central Asia in 1943. They have since been reinstated in their native territory (now called the Karachay-Cherkess Republic of Russia) and reunited with their horses, who play a significant role in their daily life. The environment and the needs of the people have created a horse that is strong, fast, sure-footed, obedient and extremely tough. By the end of the 19th century, some Karachay horse breeders had as many as 500 to 1,000 horses, with around 10,000 Karachay horses being sold to the military each year. These ideal cavalry mounts performed extraordinary feats of endurance and courage. After the Russo-Japanese war, three soldiers rode their Karachays over 10,000 kilometres to get back home!
In the early 20th century, Russia made multiple efforts to preserve and improve the breed, creating various state stud farms. But after the Karachay people were deported, the horses were grouped with another local breed, the Kabarda, and the name Karachay was forgotten. Thankfully, most of the breeding stallions available during this period were Karachays, so after the two breeds were officially separated once again in the 1980s, there was still only 2% Kabarda blood in Karachay horses’ bloodlines. Today the breed is celebrated not only in its native region, but in studs scattered all across Europe.

Distinguishing features: The Karachay horse is not the prettiest to look at, but it is a supreme working horse. It is level-headed, obedient, intelligent, brave, powerful, agile, fast, sure-footed and tough as old boots. It can survive the toughest of winters with minimal human intervention, has great resistance to illness and, in the right conditions, does not need to be shod. Most Karachay horses are black or brown, with minimal white markings, and stand around 14.3-15.3 hands high. The breed is known for its long head, often with a Roman nose, mid-length, muscular neck, fairly straight shoulders, low withers, straight back, strong limbs with good bone, and long, thick mane and tail.

Modern day Karachay: Today, Karachay horses are popular mounts for pleasure riding, horseback tourism and trekking, equestrian games, endurance riding, mountain races and showing. They are also still used in agriculture and as a form of transport in the Northern Caucasus.

If you’d like to see more of the Karachay breed, here is a spectacular collection of photographs of these horses in their native land.