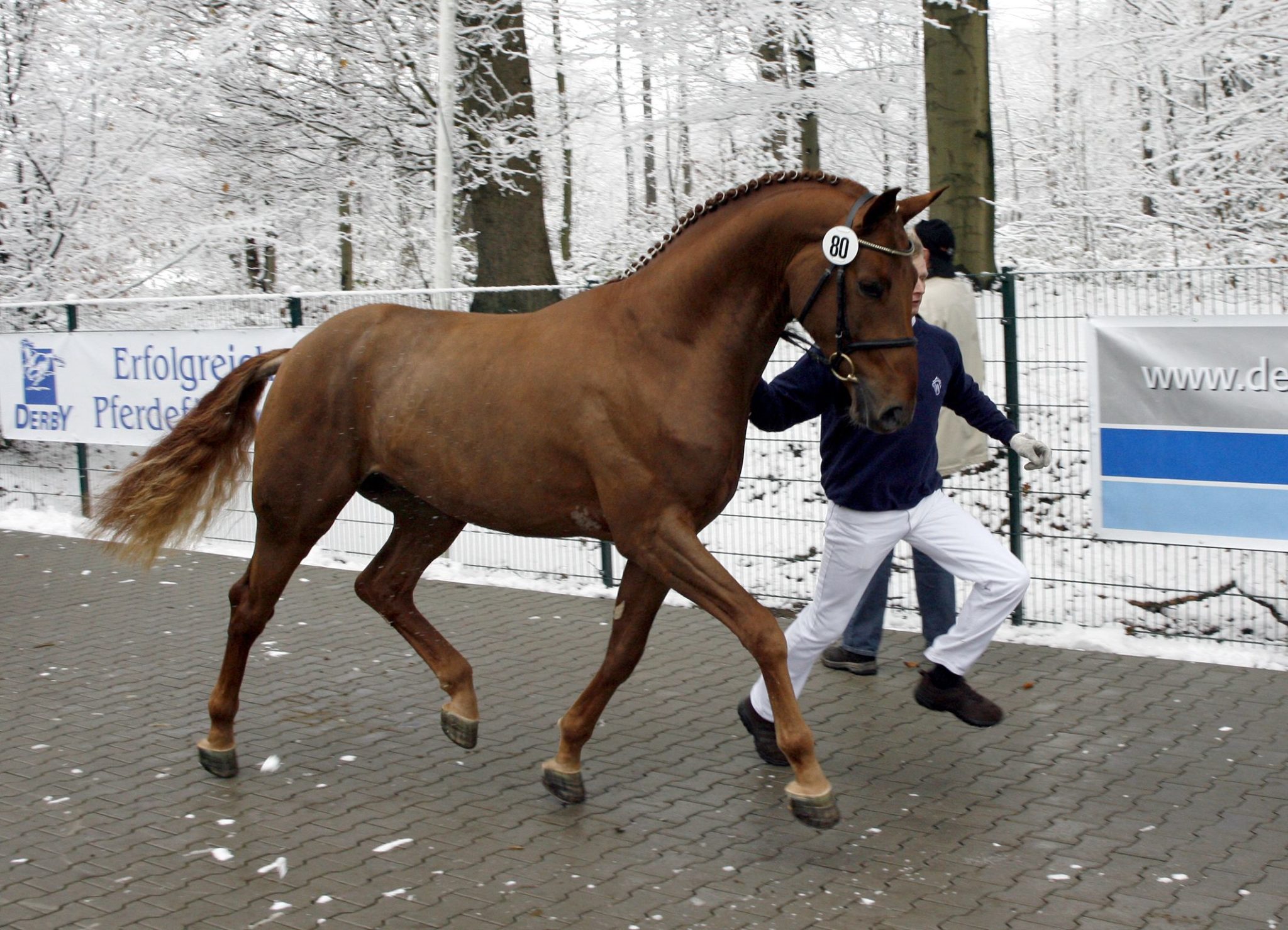 Breed origin: The Westphalian horse breed was bred at Warendorf Stud in 1826 and their mission was to produce a useful riding horse for all disciplines. Even though this breed is very similar to the Hanoverian, they have differences in their structure and temperament. The horses from this stud were provided to Prussian provinces and Westphalian, hence the name!

Although the aim was to make a more thoroughbred-type riding horse, the need for heavier built horses in agriculture was greater and thus heavier warmbloods were added to the lineage. The end of World War Two saw the focus on the breed turn once again to being lighter when machines were introduced into farming.

Distinguishing features: The Westphalian breed has a handsome profile with large eyes and nostrils which makes it easier to get a large lungful of air into their wide chests. They have a short but strong back with pronounced withers that leads to a long, curved neck.

They can stand from 15.2 hands to a HUGE 17.2 hands high! This horse doesn’t need any fancy colouring to stand out and they only have four coat colours (black, bay, chestnut or grey). What makes them different to other warmbloods such as the Hanoverian is their nature; they are calm, friendly and reliable, unlike the other sensitive warmbloods.

Modern-day Westphalian: This versatile horse breed is very successful in the competition world and has ranked high in both showjumping and dressage. Since the horse breed is an all-rounder with a calm nature, the Westphalian also makes an excellent pleasure hack for young and old.