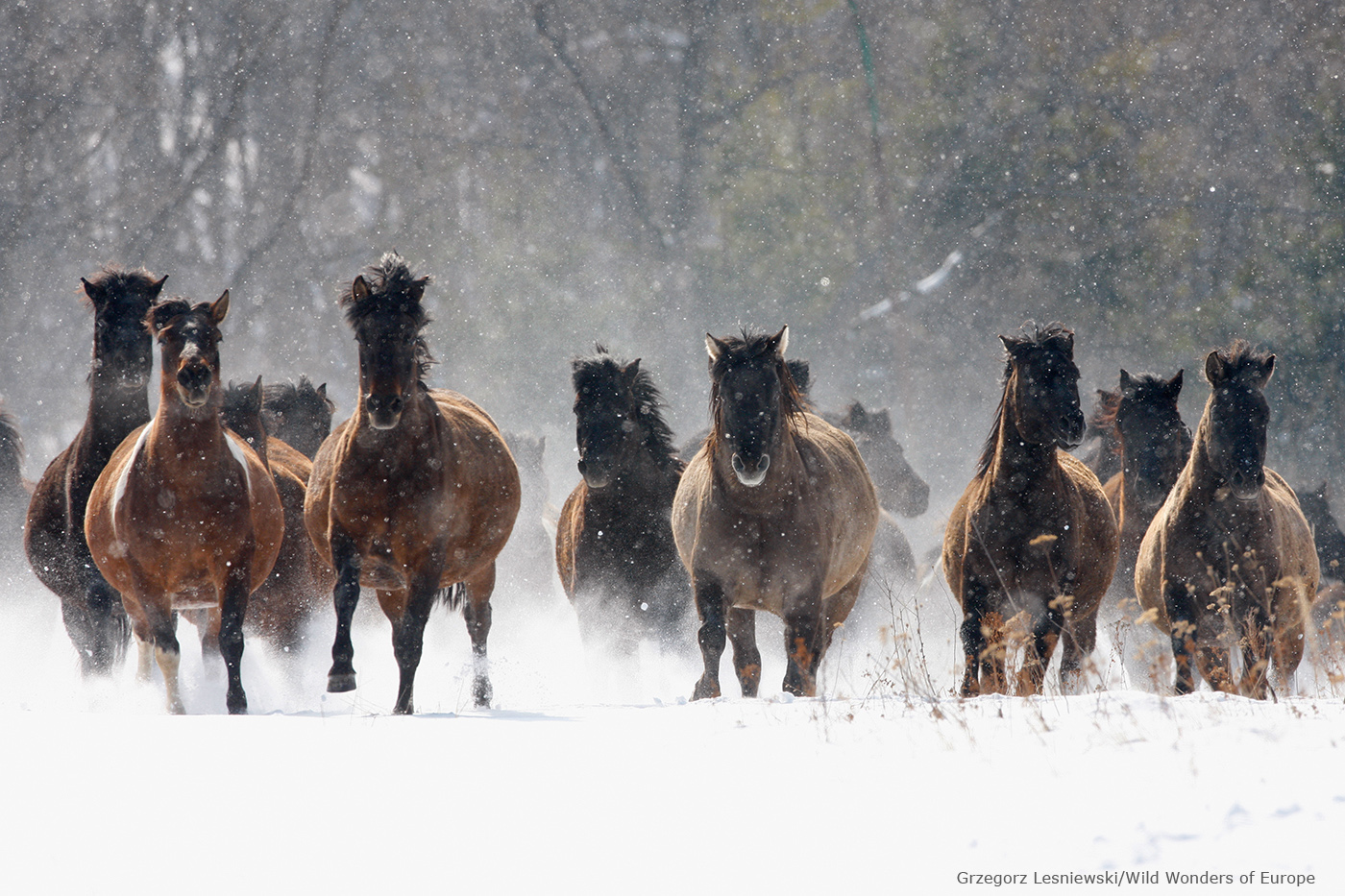 Country of origin: The Carpathian Mountains. In modern times, the area where they originated lies within Ukraine, Romania, Slovakia and Poland.

Breed origin: The Hucul pony is a very old breed, believed to have been developed in the 13th century by crossing the now-extinct wild Tarpan horse with Mongolian horses. Its name comes from the Hutsul people who live in the Carpathian Mountains. The pony’s semi-wild ancestors and the harsh alpine environment created an incredibly hardy breed, capable of surviving on its own year-round and carrying a rider over difficult terrain for days on end. The first stud farm was established in Romania in 1856. For several decades afterwards, Hucul ponies were used as cavalry mounts and became increasingly popular in eastern Europe, with a new line established in Czechoslovakia. But their success in the cavalry very nearly led to their downfall. World War I and II and instability in the countries covering their native habitat put a stop to breeding, and after World War II, only 300 Hucul ponies were left in Czechoslovakia. Numbers continued to decline, and the breed was on the brink of extinction when serious efforts were finally made to save it. Barely 100 mares were left in Poland when breeding programmes began, and only only 50 purebred animals were listed in the Hucul Club breed registry when it was established in 1982. But these and other efforts have had enormous support. Today, thousands of Hucul ponies live in Poland, the Czech Republic, Slovakia, Romania, Ukraine and Hungary. Some are domesticated, and some are wild!

Distinguishing features: Hucul ponies are trusting, brave, intelligent, sensible and willing. They can endure extremely harsh weather conditions and are very resistant to illness. They are sure-footed and capable of maintaining a good speed over difficult terrain for long periods of time. They have a short head with large, expressive eyes, a short, muscular neck, broad chest, strong back, short legs and small, hard hooves that do not usually require shoeing. Their coat is thick and coarse and displays most solid colours, with occasional dorsal and zebra stripes. They stand at around 13-14.2 hands high.