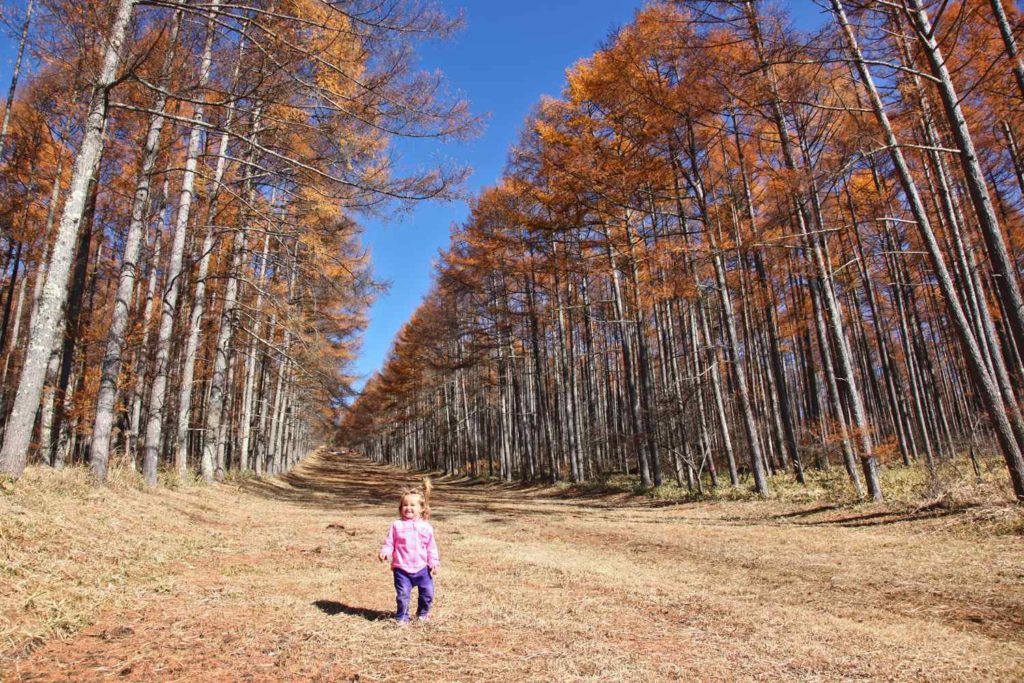 It’s hard to believe that this time last year we were in windswept Patagonia, Argentina with our globetrotter, Finn, who was seven months old. After returning home from a whirlwind seven-day trip to Japan I’m looking forward to a sultry, laid-back summer in Queensland. I’m looking forward to collecting the mangoes that drop abundantly from our backyard tree, to buying a kilo of wild-caught prawns and devouring them with family and friends to beach mornings spent with Finn, Buster and Harry Noodle (our pooch) and whoever is visiting at the time, licked in sunscreen and salty water with an afternoon siesta.

To tell you the truth, Japan wasn’t a horse riding destination that was on my radar. But our good friends, Jenny and Jeremy who host the Tassie Tiger Trail have a close connection with Mr Tanaka who is an endurance rider and horse riding holiday agent based in Japan. Every year Tanaka san brings a group of enthusiastic Japanese riders to the Apple Isle for a five-day riding holiday. It was suggested that I visit Japan to see if there was a potential ride for globetrotters. The plan was hatched and the next minute I was flying to Tokyo with Finn and my lovely mother in tow. My globetrotting wingman, Buster, had to stay at home due to the pre-xmas bottleneck of electrical and solar work. Tanaka san (pictured above) has a passion for his country, coupled with a love for endurance riding and a stable of well-tuned horses he’s contemplating the idea of hosting a group of globetrotters for a 5 day riding holiday based from the rural, equine village of Kobuchizawa in the Yamanashi province.

I specifically booked the Qantas flight from Sydney to Narita, Tokyo, as it’s a night flight. I wanted to give Finn every opportunity to sleep for the majority of the ten hour flight. We were so very lucky to get an entire four-seat row to ourselves on a packed to the rafters flight. What a relief for me that Finn had her own seats to sleep and then eat breakfast without actually paying for a designated seat. Bliss. 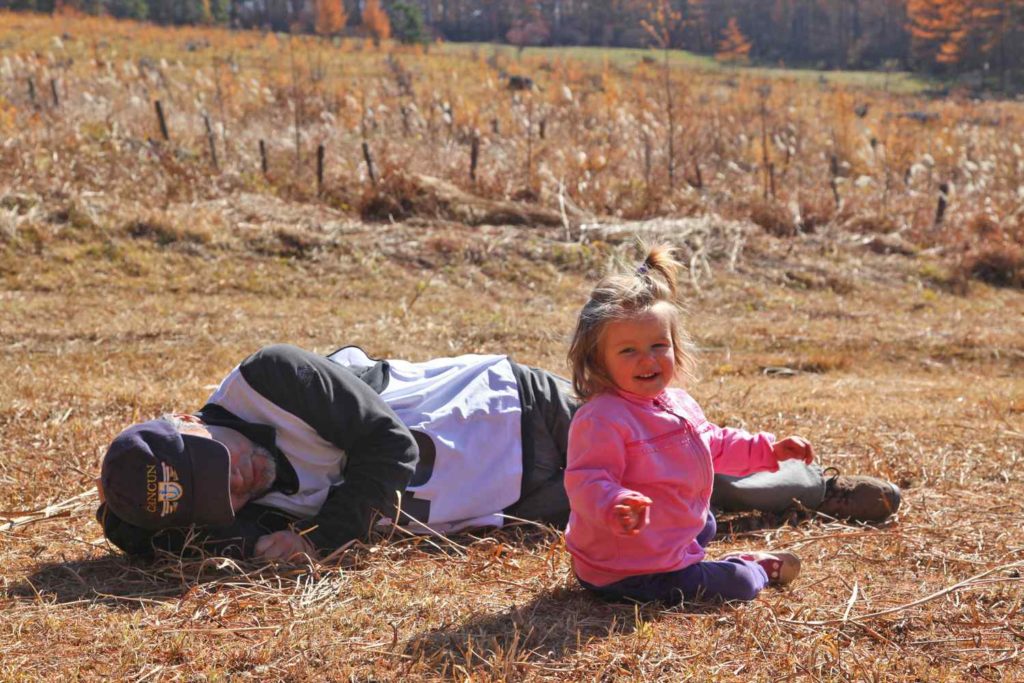 I can’t imagine trying to entertain a toddler on a ten hour flight during the day without a seat for them? I start to grow premature grey hair just thinking about it. Our little globetrotter slept for 8 out of the ten hour flight. As for me I slept for less than an hour, but I was thankful that I wasn’t dealing with an over-tired child upon landing. With Japan being an hour behind us, there was no jet-lag to complain of. A reason why Japan is  a great country to travel to with children.

We were collected by our host, Tanaka san, and drove west, our destination Kobuchizawa where we would be spending the next three nights. Once we conquered the bumper to bumper peak hour traffic in Tokyo, the highway opened up. I love the tingle of excitement that you get when flying into a new country for the first time. I get overwhelmed with eagerness at seeing a new culture, learning its history, tasting its cuisine (the best part!) and meeting the people. The two and a half hour car trip was the perfect introduction. I peered out the window and observed this country from a distance before diving headfirst into the chaos.

Half-way through the trip we made a pit-stop at a service centre on the side of the highway. Unlike the service centres at home in Australia, fresh flowers sprinkled the ladies public toilets and it was meticulously clean. The toilets were space age with a selection of buttons to choose from including a bottom spray and seat warming.

The shop included freshly baked goods (before visiting Japan I had no idea what wonderful bakers they were) and commendable coffee – surprising, I know. It ran with clock-like precision, few lines and very courteous staff. A far cry from some of the road-side toilet stops I’ve experienced in my past travels. 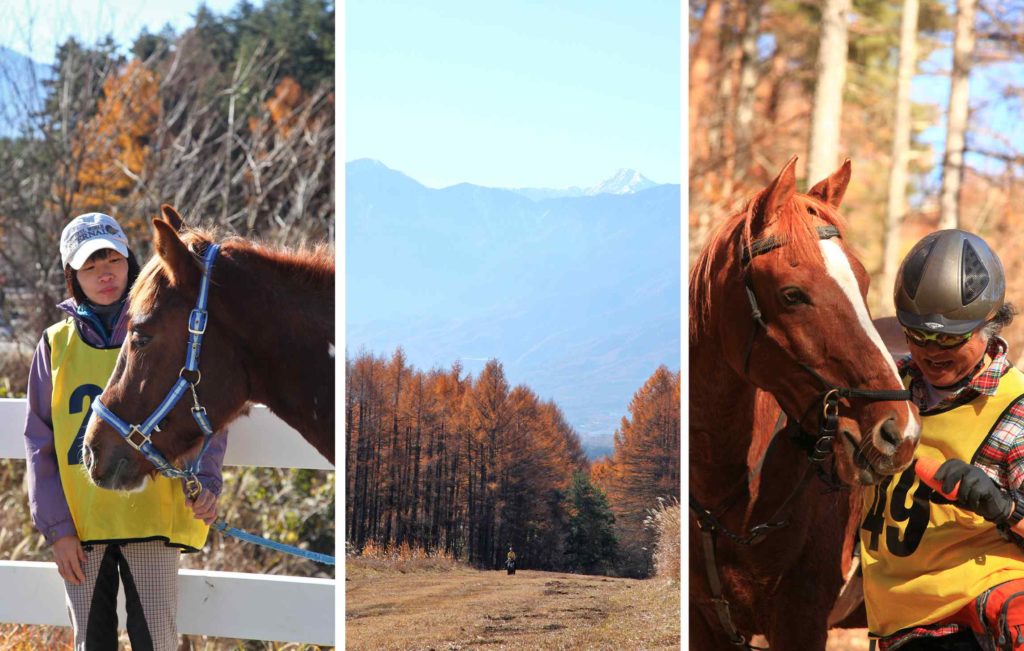 The rural village of Kobuchizawa is a equine-loving hub. Enthusiastic riders travel from their inner-city apartments in Tokyo to ride here on weekends renting mounts at extravagant prices. Our guide, Tanaka san pointed out numerous horse stables, top-notch show jumping facilities, 3 star cross country courses and designated horse trails run like cattle pads through the town. It’s a chocolate box village with family-owned Soba noodle and sushi restaurants tucked away in side streets and sweet residential homes that vary in architecture. The houses weren’t the traditional Japanese-style houses that I expected. They more resembled Cape Cod style American homes with hitch-pitched roofs.  With our visit in mid-November, Autumn was in full flame and the entire town was dusted in amber, blood red and butter yellow leaves from the shedding trees. 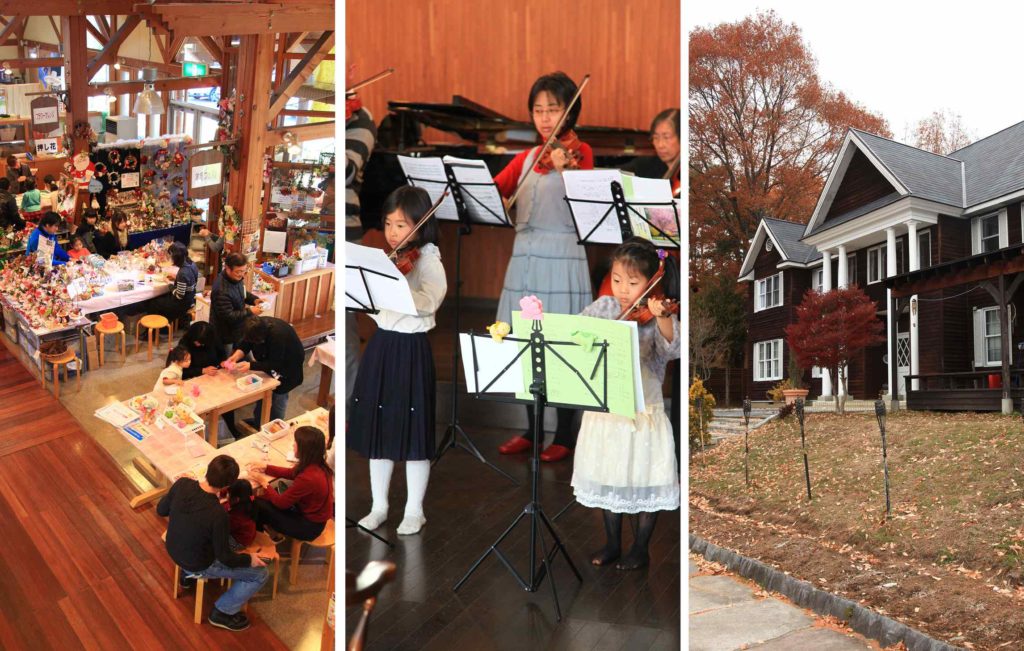 We stayed at a family-owned bed and breakfast hidden away within a grove of thick-trunked pine trees on the edge of the village. We were thrilled to meet Sakuya, who managed the lodge with her parents, and is married to Patryk, with whom she has a little boy called Oskar, a couple of months older than Finn. Now known as Finn’s Japanese boyfriend.

Now that Finn’s at this age, I find she’s the best ice-breaker when it comes to striking up a conversation, especially when travelling. More often that not when we were in playgrounds or sight-seeing through temples, children of the same age are like magnets to each other.  She would start playing with other children and we would start speaking to the parents. Or if we couldn’t converse due to language issues we would smile and laugh together at our children’s antics. I love that language is no barrier for children to play together. On that topic I found the Japanese people so incredibly warm, welcoming and curious towards Finn. Whether we were in a hotel lobby or she was throwing an absolute wobbly in a shopping centre, Japanese women or men, would smile and nod their heads in sympathy or joy depending on the situation. 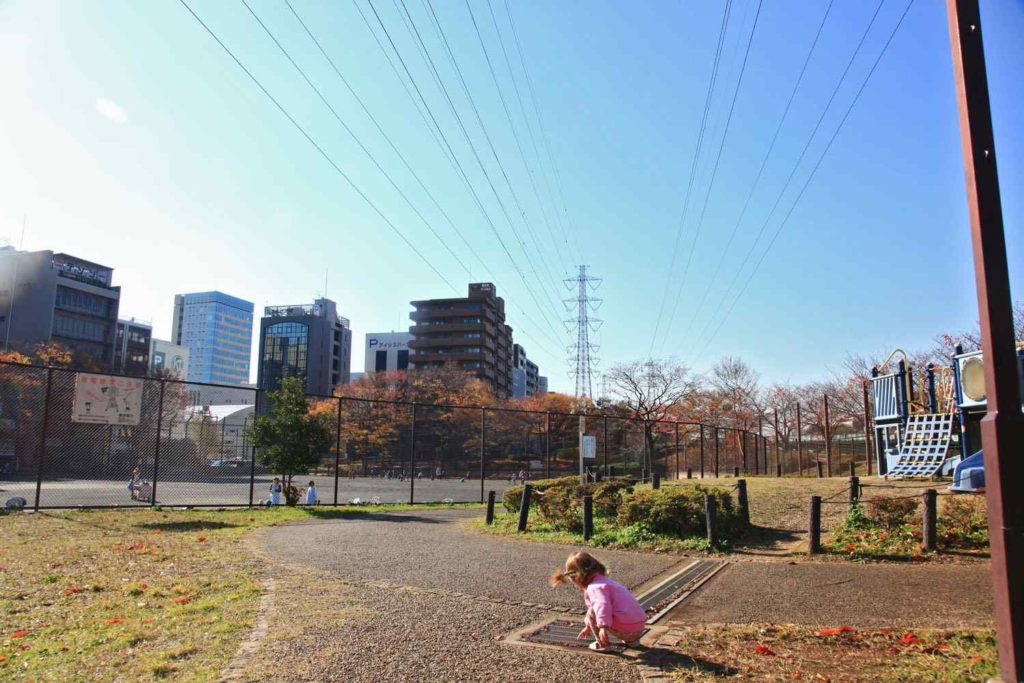 It was the perfect country to travel with a busy, impatient toddler in tow. I’m sure Japanese toddlers are much better behaved than my tempestuous, spirited toddler. They must have this parenting gig down pat, because every toddler I saw was perfectly well-behaved starting with Oskar!

I felt completely safe wherever I went. If we were burning off some steam at a playground in Kyoto or Tokyo, I could sit comfortably at a park bench and watch Finn play, like I would in Australia. And when she decided to chase a bird or just blatantly run away from me I could leave my pram with my handbag and camera for a moment with no concern that someone was going to snatch it.

Finn had a great time playing with her new friend Oskar at our bed and breakfast where they would run up and down the hall holding hands. Too cute! The next day we watched a small, local endurance race that Tanaka’s horses and clients were competing in. 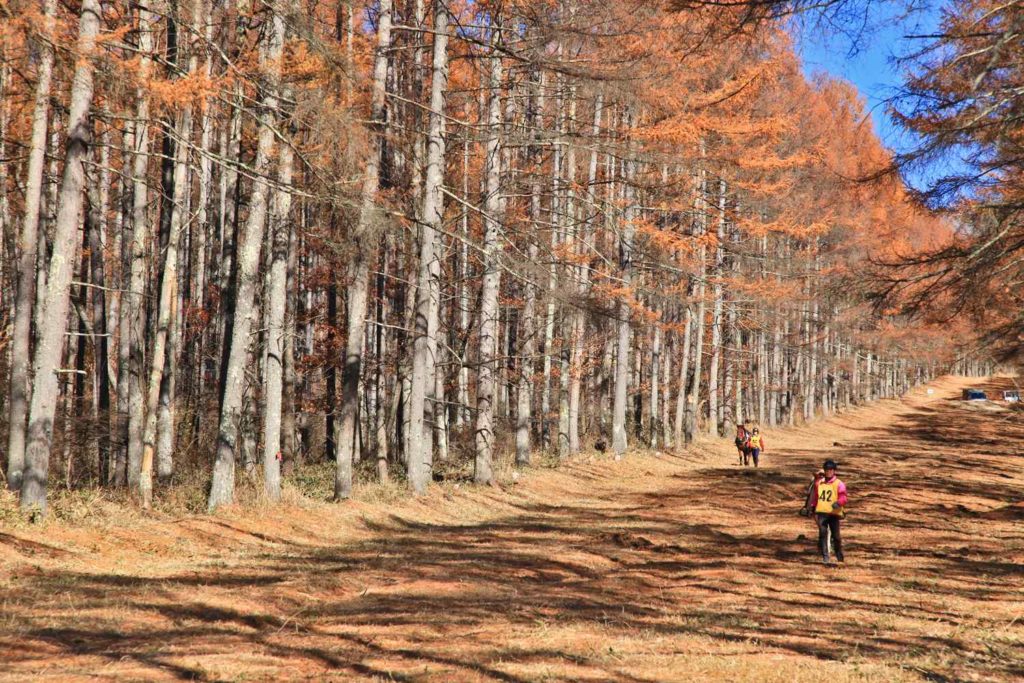 On the Sunday, I rode with Tanaka up into the mountains for the morning. I always believed that Japan would have limited space and that the riding scenery wouldn’t be as startling or captivating as some of my overseas riding destinations. The landscape took me by surprise – well and truly. Within minutes of riding out from the stables we were trotting through an ancient forest along narrow riding paths that snaked through trees. We then rode through town where at one stage we crossed the road at the traffic lights and tiptoed through the quiet streets. I love absorbing a new country from the back of a horse. Compared to a car, you’re at a slower pace and you can truly observe their way of life. 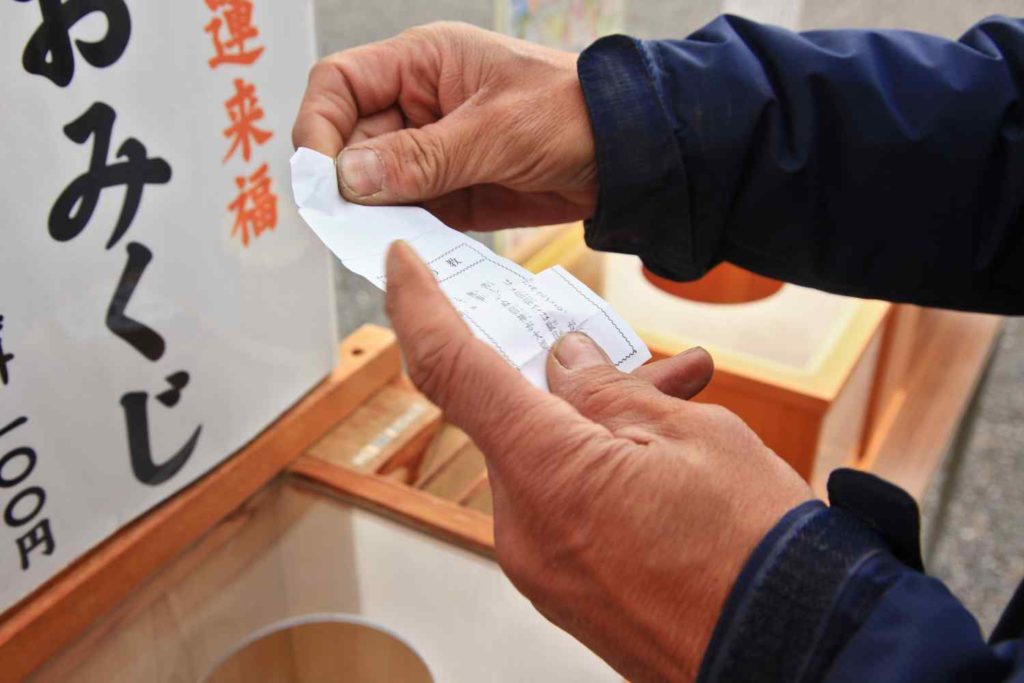 Mount Fuji with her snow-covered hat came into view on the horizon when we climbed deeper into the forest that skirts the village. We startled a handful of deer, passed a couple of riders, and stretched the horses legs out with some lovely, loping canters. The three-hour ride was a perfect introduction into the riding diversity that’s on offer. I was impressed with the team of horses that Tanaka san has to offer, the majority being Australian horses that have been exported to Japan. 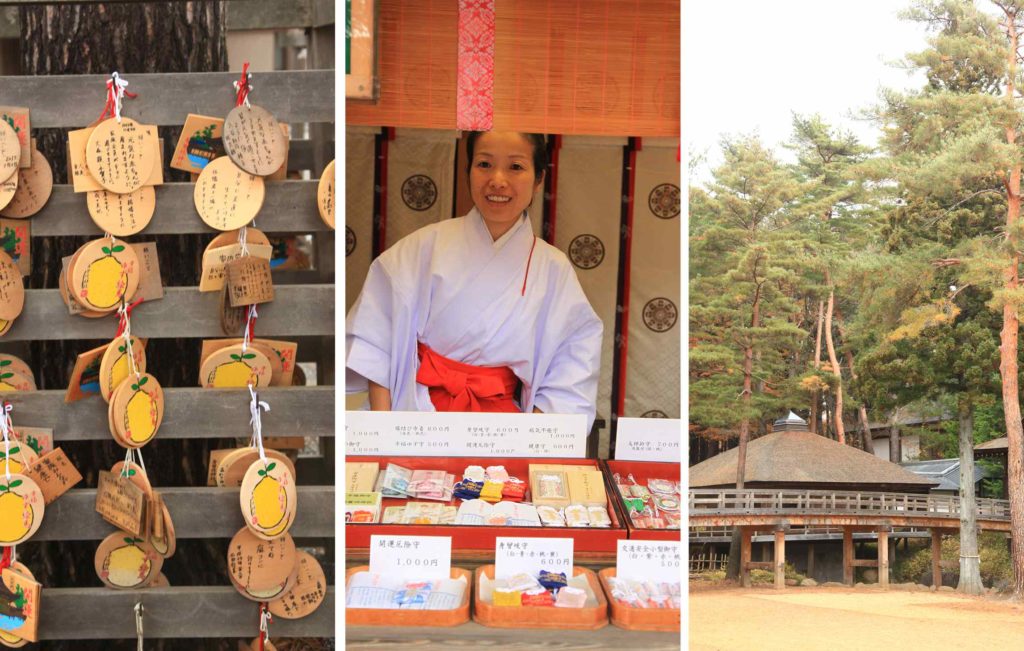 With forward-moving, fit-as-a-fiddle horses, changing scenery with the season (I’m keen to return in Spring with the cherry blossoms in bloom) while being cloaked in the colourful, Japanese culture it’s a ride I would happily recommend.

We then travelled back to Tokyo, spent a night at Hotel Accocia in ShinYokohama, above the railway station, and the next morning boarded the Shinkansen (faster than a speeding bullet bullet train) to Kyoto to spend less than 24 hours exploring its streets. More on our Kyoto antics in another post.

I’m keen to know, have you been to Japan? What were your thoughts?