Once again we find ourselves looking at an Italian event on the picturesque island of Sardinia. This horse race is called L’Ardia di San Constantino and is a huge event near Sedilo where every year in summery July, thousands of people descend on this island to watch the race.

Now, why are they racing you may ask? You have to go right back to the time of Constantine the First. He was a man from Serbia that rose through the Roman army ranks before becoming co-emperor like his father in 306AD.  In 311AD, Constantine’s brother, in law who was semi-legitimate co-emperor Maxentius, declared war on him from Rome.  In the Battle of the Milvian Bridge in 312AD, Constantine obliterates Maxentius’ forces and rode into Rome. The bridge where the battle took place still stands the test of time today and is captured in a massive fresco in the Vatican’s Sala di Constantino (Hall of Constantine).

So every year, Constantine’s charge is re-created with a horse race on the Sancturio di San Constantino. Riders in the L’Ardia di San Constantino include people that represent Constantine and Maxentius, costumed flagmen and an ‘army’ of people try to thwart and stop Maxentius. Villagers who wait for ages for the honour play these characters and the end of the race is still a surprise to everyone who watches. 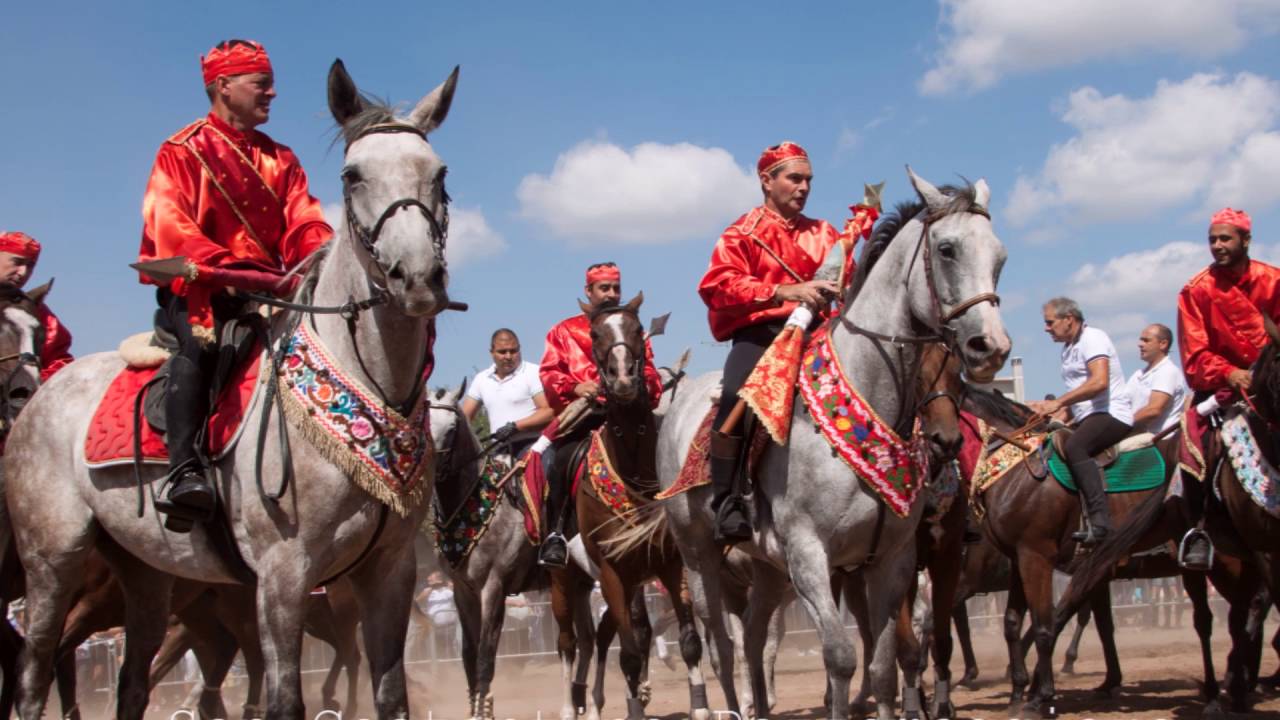 After a bunch of speeches from the priests and important people of the area, the race gets underway. The race begins with a charge down the hill with ‘Constantine’ galloping first with his two flag bearers and a thundering herd of his ‘army’ behind. When they reach the sanctuary they circle it slowly seven times and get blessed by the priest each time they pass. Then ‘Constantine’ takes off, leading the other challengers to the dry fountain that marks the end of the race. If ‘Constantine’ wins then Christianity’s survival is renewed for another year.

I must say I LOVE the fact that this race is run each year to mark an important moment in history!