[sg_popup id=”1″][/sg_popup]Who would be faster in a marathon – a horse or a human? This might be a strange question to ask, but like how most of these discussions usually form, this one originated over a cheery pint (or five) at a pub one night in 1980. Gordon Green, the owner of the Neuadd Arms Hotel in the Welsh town of Llantwrtyd Wells, overheard two patrons discussing the various advantages of men and horses running over mountainous terrain. He decided to put their speculative theories to the test at a public event. Since then, the Man versus Horse Marathon has become an annual fixture in Wales, where hundreds of runners gather in one of the smallest Welsh towns to compete against riders on horseback. Spectators line the circuit to cheer on the competitors. 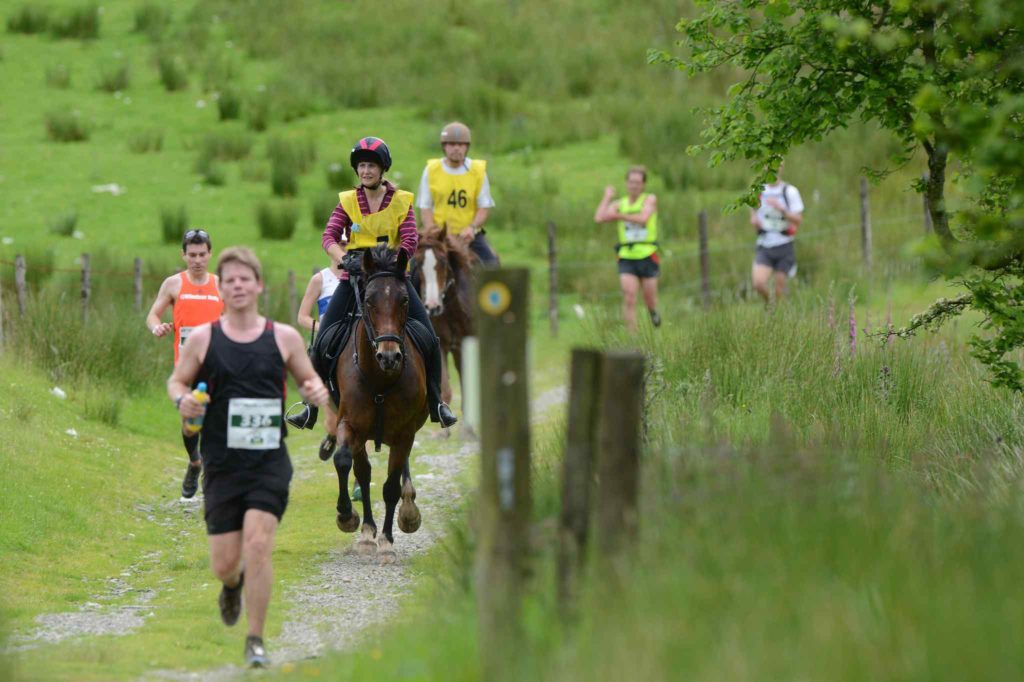 The course was changed in 1982 to provide a more even match between competitors, resulting in very close finishes. At thirty-five kilometres, the course is slightly shorter than a traditional marathon, but over rougher terrain. However, it took twenty-five years for a man to triumph over the equine world. In 2004 the elite British marathon runner, Huw Lobb, won in 2hrs, 5mins and 19secs, beating the fastest horse by close to two minutes. In doing so he took home an incredible £25,000, a jackpot prize that had rolled over from the inaugural event. Florien Holtinger repeated this incredible feat just three years later, outpacing the fastest four-legged friend by eleven minutes. Since 2007, no runner has managed to outpace the horses and riders.

For human contenders, you have the choice to run the entire race yourself (I take my hat off to those who do), or compete in a three-man relay. Each horse must attend a vet check at the halfway point to ensure they are fit enough to continue the race. This also gives the runners a small but much needed advantage. The race usually begins at 11am, with the horses and riders starting 15 minutes later. In 2014, the introduction of electronic timing helped improve the accuracy of the results published.

So for the avid runners out there among us who are bored with chasing pavements and personal bests, here’s a steep challenge that will push you to your limits and will take place on 11th June this year. But if I was a gambler, I think I know where I would place my bets.

So how about it, globetrotters, are you signing up?