The first female jockey to win the iconic Melbourne Cup was the talented Michelle Payne back in 2015. Her trusty steed, Prince of Penzance, won by half a length to make Michelle the first female to ride the winning horse in the 155-year history of the Melbourne Cup! But her road to the top of the Australian racing industry was long and tedious.

She was the youngest daughter of Paddy and Mary Payne, born into a family of jockeys and trainers, and entered the racing industry when she was 15 years old. Not long after, she won her first race in Ballarat, but in 2004 had a major fall that left her with a bruised brain and fractured skull. But that did not stop this strong lady! She defied doctors orders and got back in the saddle as soon as humanly possible. Michelle was determined to keep racing, and she did!

2009 saw Michelle win her first Group One race and trainer Bart Cummings offered her a ride in the Caulfield Cup later that same week. This is where she started to make history, becoming the third ever female jockey to race at this prestigious event! That same year she first raced in the Melbourne Cup, coming 16th out of 23 horses, which is actually very impressive for a first-timer at the Cup. 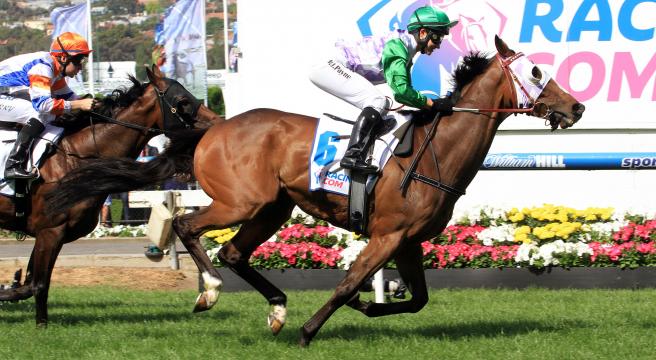 Fast forward a few years and Michelle met a remarkable three-year-old called Prince of Penzance. She became his regular jockey and two years later, found herself riding the winning horse in not one, but two (!!!) Melbourne Cup Carnival races at Flemington!

One of these races was of course the Melbourne Cup itself with the then-six-year-old Prince of Penzance. Despite drawing barrier one, they had a poor start, but Prince of Penzance had energy to burn on the home stretch and shot to the front in the last 200 metres of the race! Talk about a comeback!

Michelle’s brother Steven, who was the team strapper, was the first at the barrier to guide her and Prince of Penzance to the winner’s circle. How about that for brotherly love? Check out what he had to say about the win at the end of the video above!

Were any globetrotters lucky enough to be in attendance at Flemington on this historic day? If not (or if you just want to see a seriously beautiful Aussie film about Michelle’s journey from childhood to winning the Cup!), check out ‘Ride Like a Girl‘.