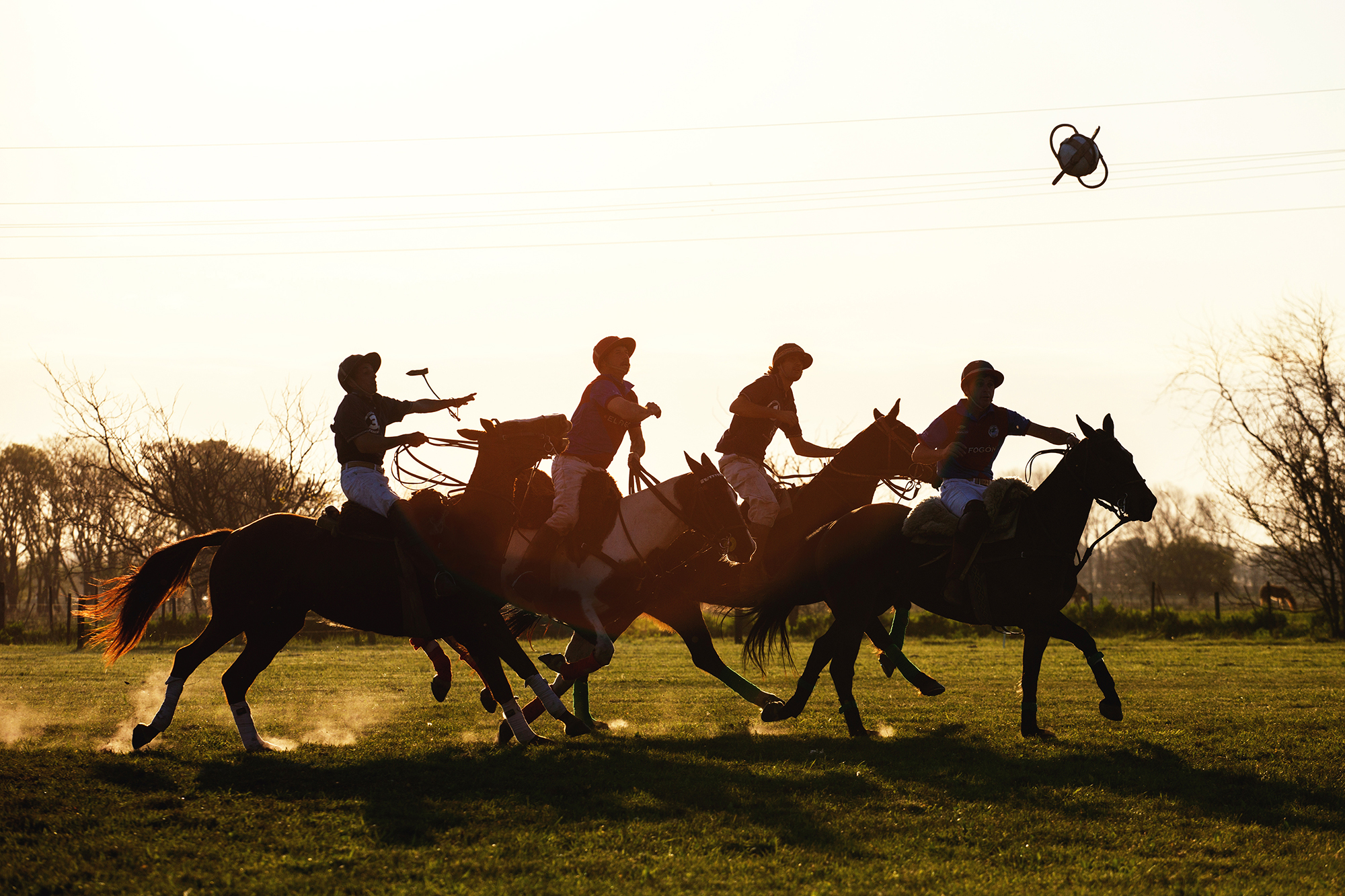 Juego del pato, more commonly referred to Pato, is the national sport of Argentina and is a game played on horseback that combines elements of polo and basketball. It was invented in the 17th century by gauchos whose playing field would stretch from one farm to the next!

So how do you play? Teams made up of four horses and riders compete for possession of a leather ball (pato) which has six conveniently-sized handles. The player holding the pato must ride with their arm outstretched, giving rival players the chance to grab the pato and steal it from the player. A serious tug-of-war ensues! If a player doesn’t extend their arm when in possession of the pato, their team is penalized. Whilst trying to tug the pato from another competitor, both players must stand in their stirrups and avoid sitting on the saddle, while the hand not involved in the tugging holds the reins. A team scores by throwing the pato through a vertically positioned ring (similar to those in Quidditch, for our Harry Potter enthusiasts). The winner is the team with the most goals scored after regulation time, typically six eight-minute periods.

‘Pato’ means ‘duck’ in Spanish. This seems strange until you learn that back in the early days, the game was played with a live duck inside a leather bag, rather than a ball! Thank goodness the gameplay has evolved since then!

Pato is played by both professionals and amateurs in Argentina, mostly in weekend fairs which usually include Argentine rodeos, or doma as they are also known. Its status as the national game of Argentina has been challenged by association football, which is much more widespread (it is estimated that 90% of Argentines have not seen a pato match, whereas virtually the entire population are avid football fans)! There have been many attempts to change the national sport to football, but at the moment it remains as Pato. The main argument for Pato is that it is endemic to Argentina and embraces the country’s unique culture and history, whereas football is an imported game.

What do you think, globetrotters – should football be the national sport of Argentina, or should Pato stay in the top position?