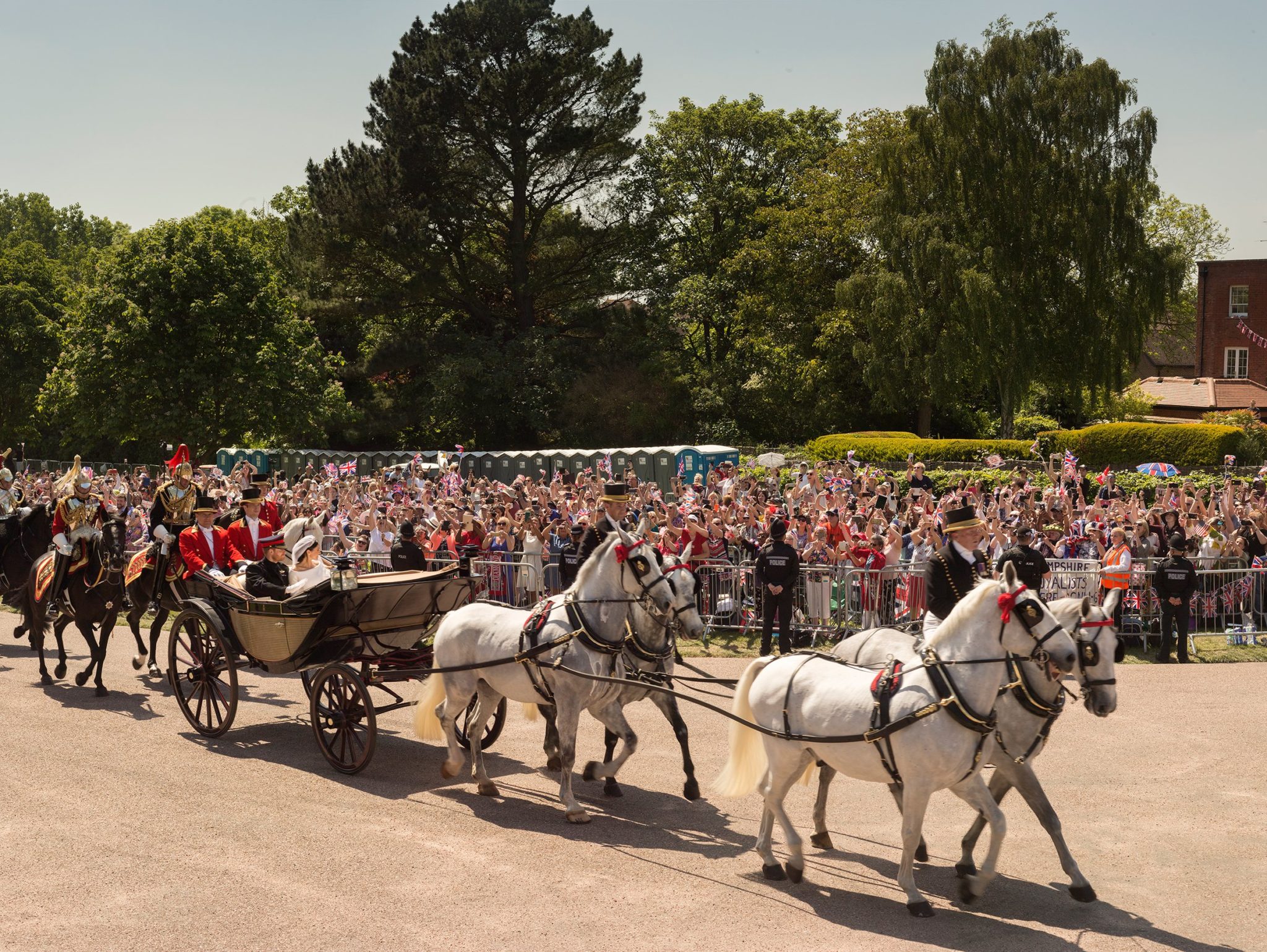 A little over a week ago, the world witnessed the spectacle of His Royal Highness Prince Harry and American actress Meghan Markle’s wedding. And while the wedding was just beautiful, to myself and no doubt all the other horse-mad people out there, the carriage procession through Windsor afterwards with the stunning horses and their shiny armour was a definite highlight! The carriage horses, gleaming white in the spring sunshine, were so well behaved in front of the roaring crowds all thanks to the coachmen. And, please forgive me for having a proud Aussie moment here, because the gentleman on the very first horse pulling the carriage was none other than former Melbourne businessman Philip Barnard-Brown! That’s right an Aussie!

Philip Barnard-Brown is part of the royal horse staff AND is the lead coachman to Her Majesty’s carriage processions! He has been in the Queen’s service for over 15 years but before leaving Australia, he owned a horse-drawn carriage business in Melbourne. He only planned to stay in England for a few years but he climbed the ranks of the Royal Mews stables (the royal family’s stable) to become head coachman. In 2016, he was awarded the Royal Victorian Medal (Silver) for his service and is the first Australian to hold the position of ‘Head Coachman to Her Majesty the Queen’.

On this specific day, he was riding a Windsor Grey called ‘Milford Haven’ while pulling the 1883 Ascot Landau Coach with Meghan and Harry in it! ‘Milford Haven’ was chosen to be the lead horse as he was so quiet around large crowds.

So who was a lucky globetrotter to have the privilege of watching the procession first hand? I tuned in at home but it would have been magical to be there!