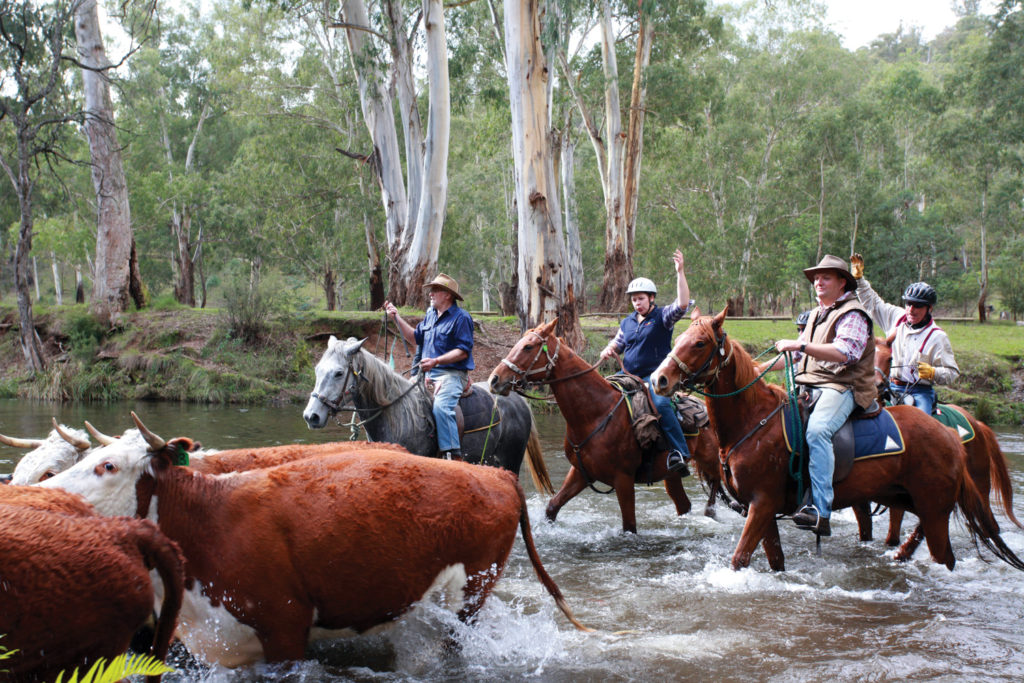 Can you imagine a time where mates were called Clancy and Banjo? The rivers shimmered with gold, and whiskey and tobacco were traded from bullock carts on the river flats;  your life’s possessions consisted of a mountain pony equipped with saddle, bridle, oilskin, stock whip and swag.

Work was chasing cattle up rocky-edged mountain spurs within the heart of the alpine country in Victoria, Australia where the weather resembled a tempestuous lover, mesmerising one moment and unforgiving the next. It is home to valleys dense with Mountain Ash and Kurrajong, where mobs of wild-eyed brumbies reigned and dingoes cried lonely at night.

This is country where the echoes of Banjo Patterson’s poem The Man from Snowy River floats from the high mountain ranges and flows deeply through the alpine rivers.

It should be a rite of passage for any Australian worth their salt to mount a plucky mountain pony and ride deep into the Snowy Mountains. I road-tested this five day, four night ride  in April two years ago and I’ve been sending keen globetrotters to Victoria’s High Country ever since with rave reviews. Michael Watson has formulated a riding itinerary dripping in early-settler history while replacing the swag and feral rabbit stew with comfortable beds and gourmet food.

Here are some photos of the ride – enjoy – 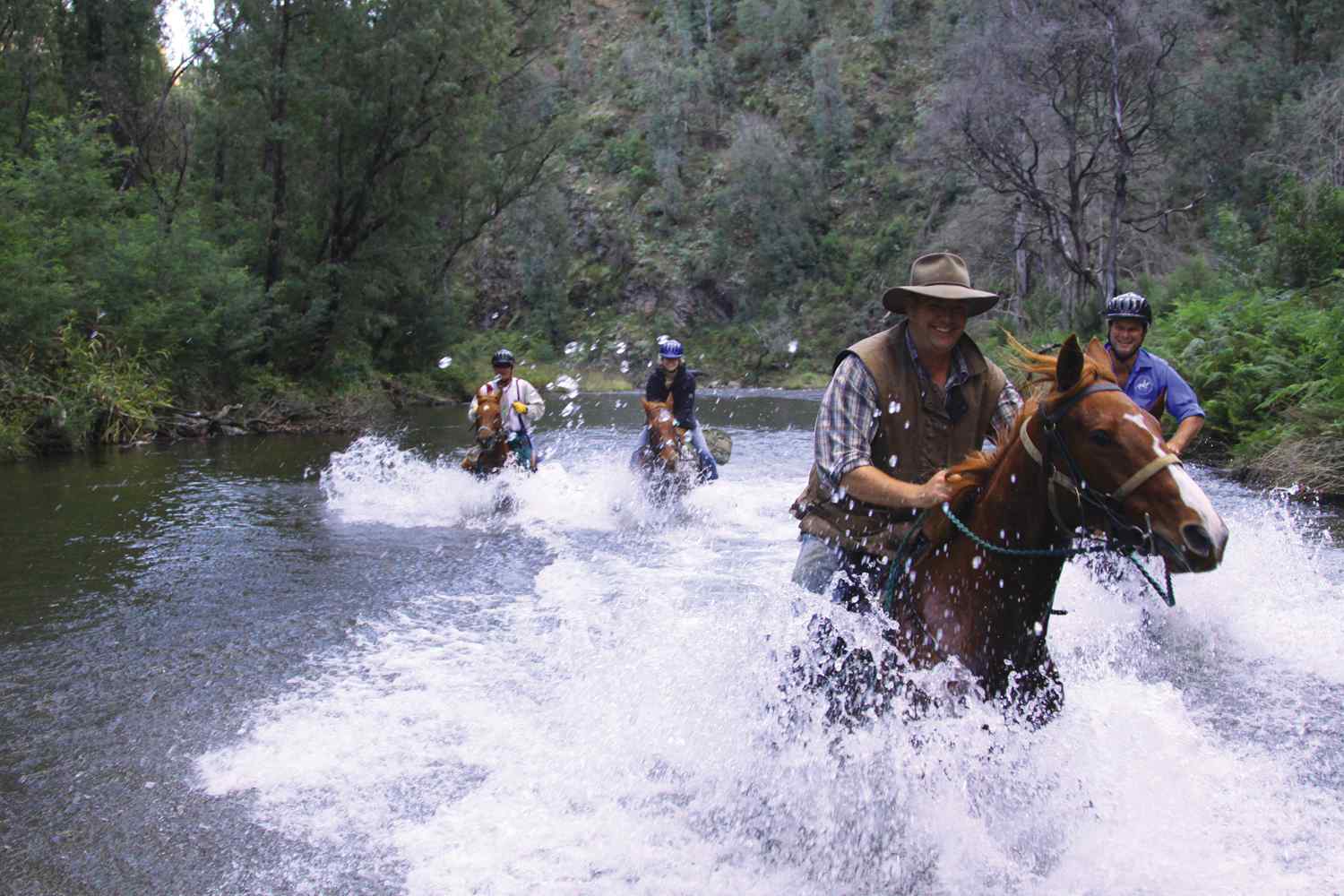 At one point where the river was wide and shallow we kicked our horses into a canter upstream. Shoulder to shoulder the horses plunged and leaped within the knee-deep water, resembling carousel horses in fast forward. 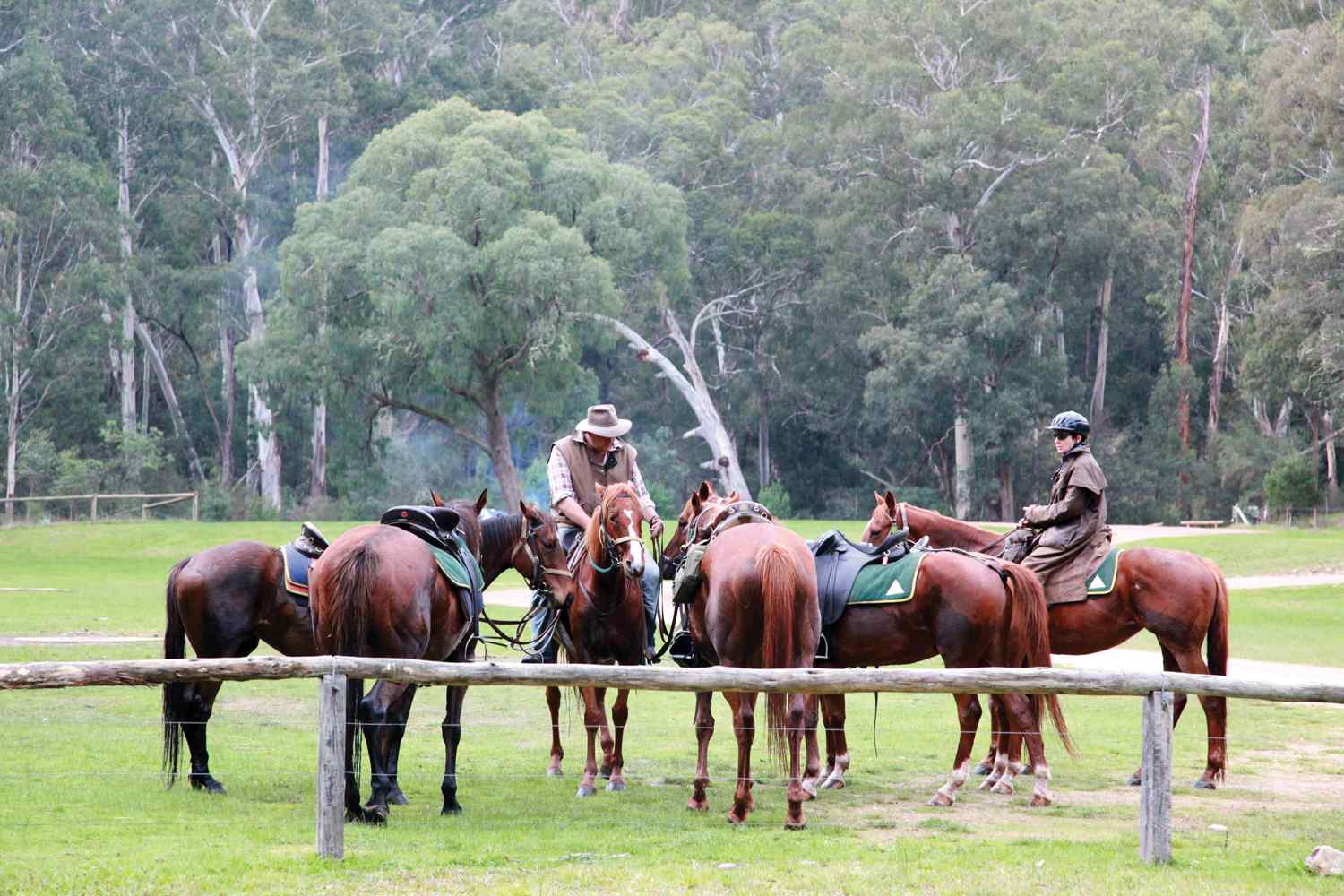 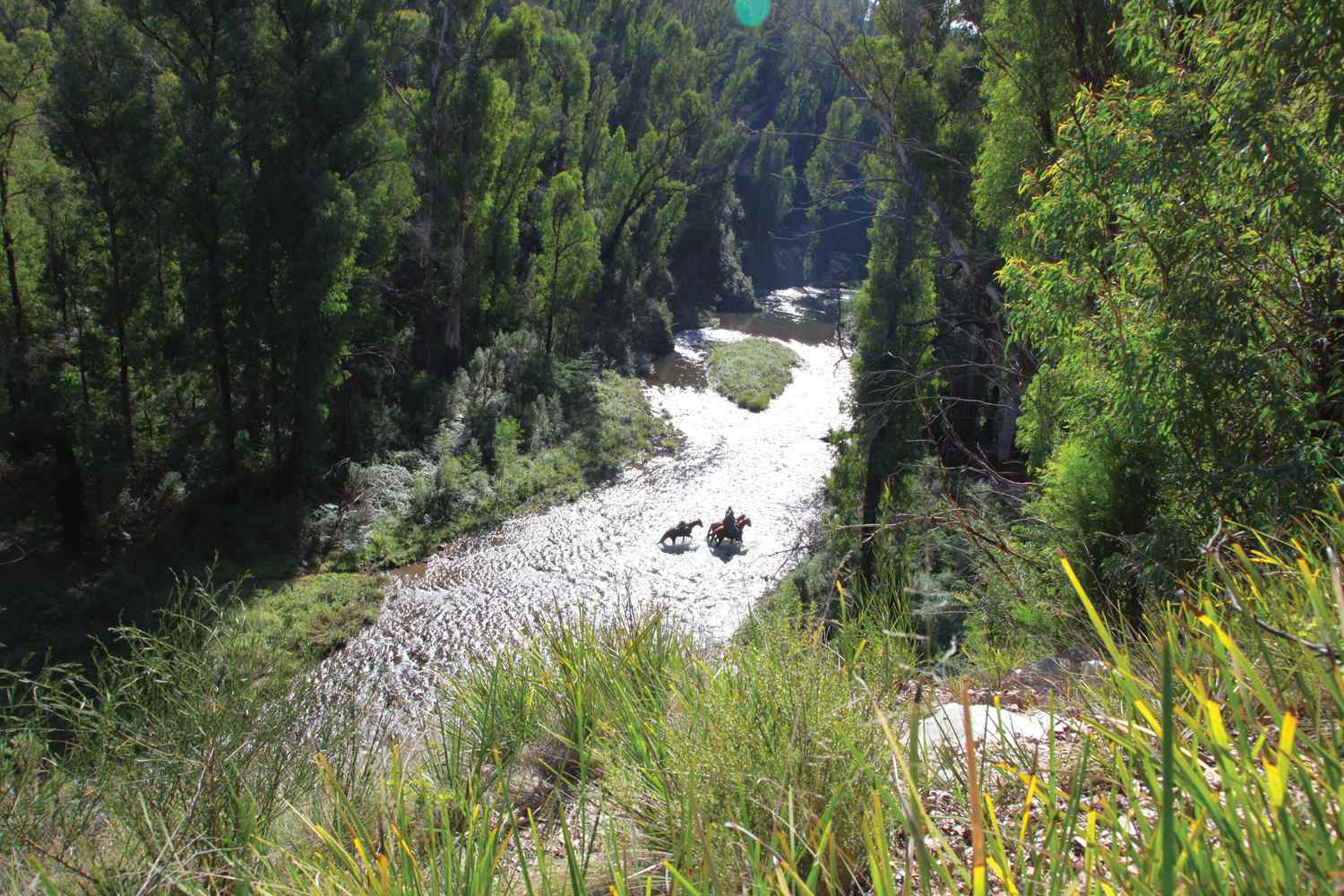 We crossed the Howqua River up to sixty times in one day, which is the lifeblood of the valley ducking and weaving like a python squeezed between the mountain ranges. 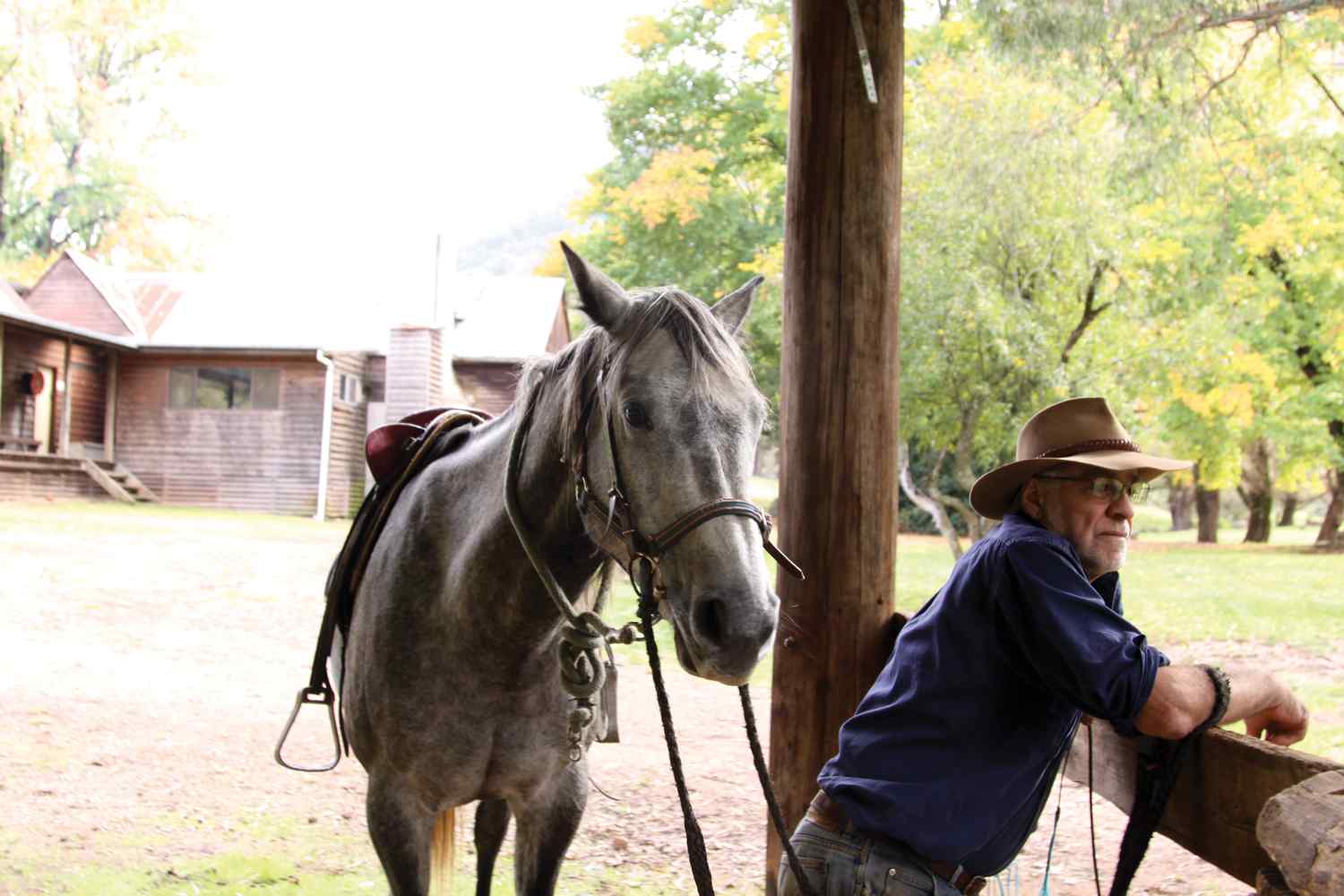 Graeme Stoney greeted us on a gunmetal grey stock horse gelding, rabbit felt hat tipped at the front and stock whip slung over his shoulder. 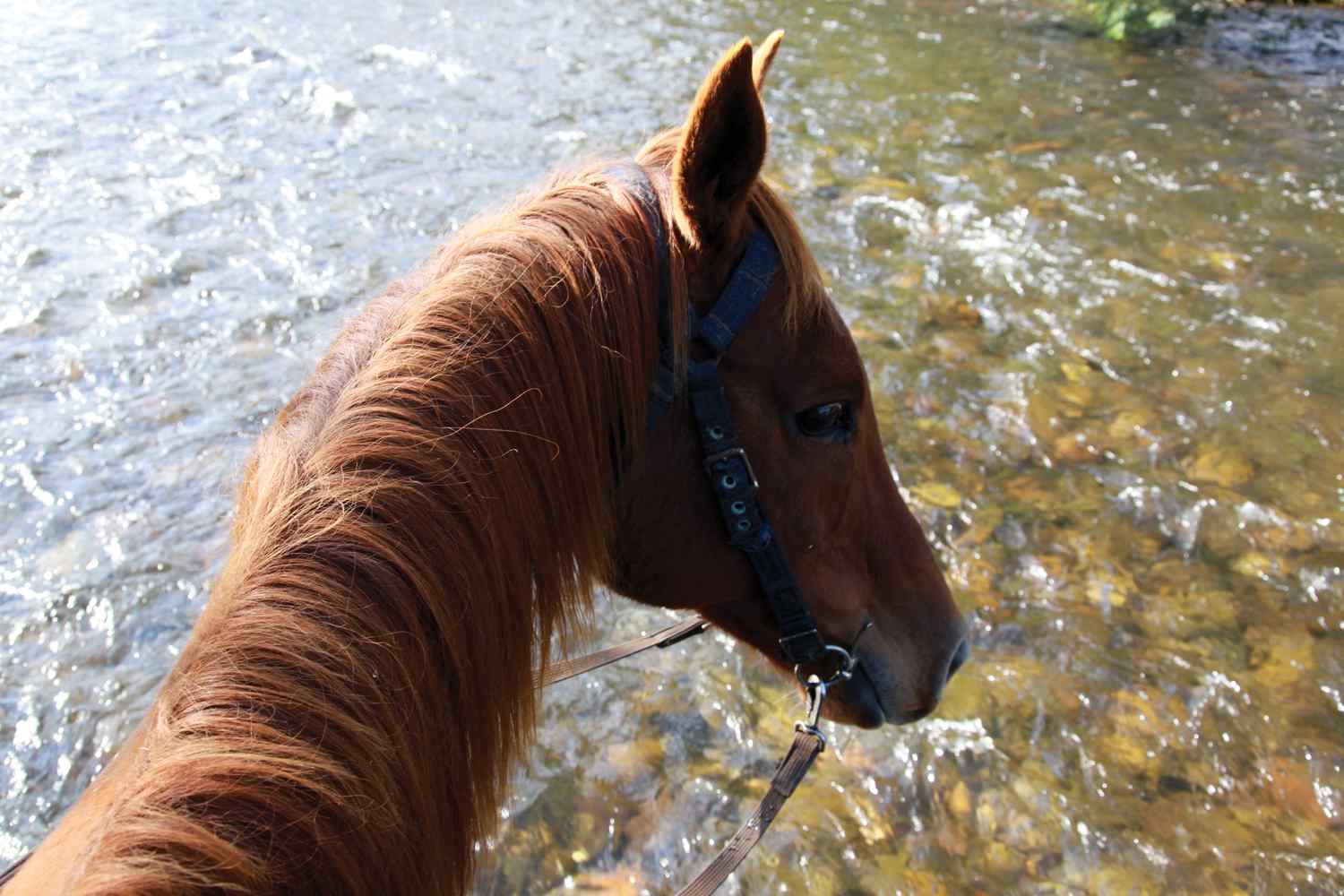 The Howqua River is the fastest flowing river in Victoria and her waters are clear enough to see the riverstone bottom, resembling a glass coloured marble set.

“And the bushmen love hard riding where the wild bush horses are, and the stockhorse snuffs the battle with delight.”
A.B (Banjo) Patterson