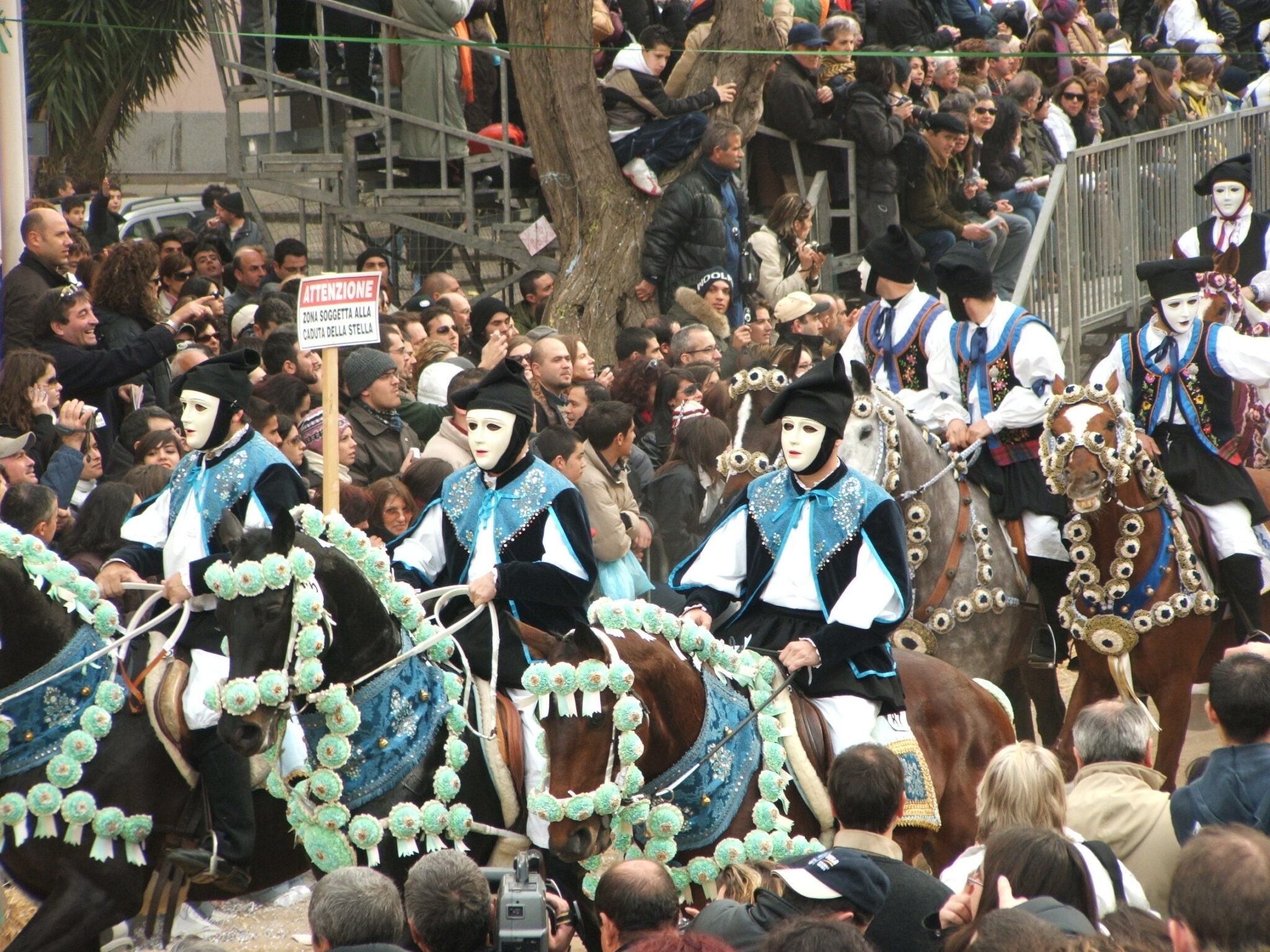 If you ever want to check out a beautiful, horse-loving island, Sardinia is a great choice! The people of Sardinia (off the coast of Italy) and its greater surrounds, including tourists, flock to this patch of paradise to witness the three-day festive affair that is Sa Sartiglia. This flamboyant medieval festival occurs in early February and is the biggest festival on the island! What’s most fascinating about Sa Sartiglia is that the horses are adorned with rosettes and the riders are wearing eerie masks!

Thought to have been started by the knights in the Second Crusade (or even earlier!), this crazy, colourful medieval festival is one to see! Feast your eyes on these fantastic photographs. 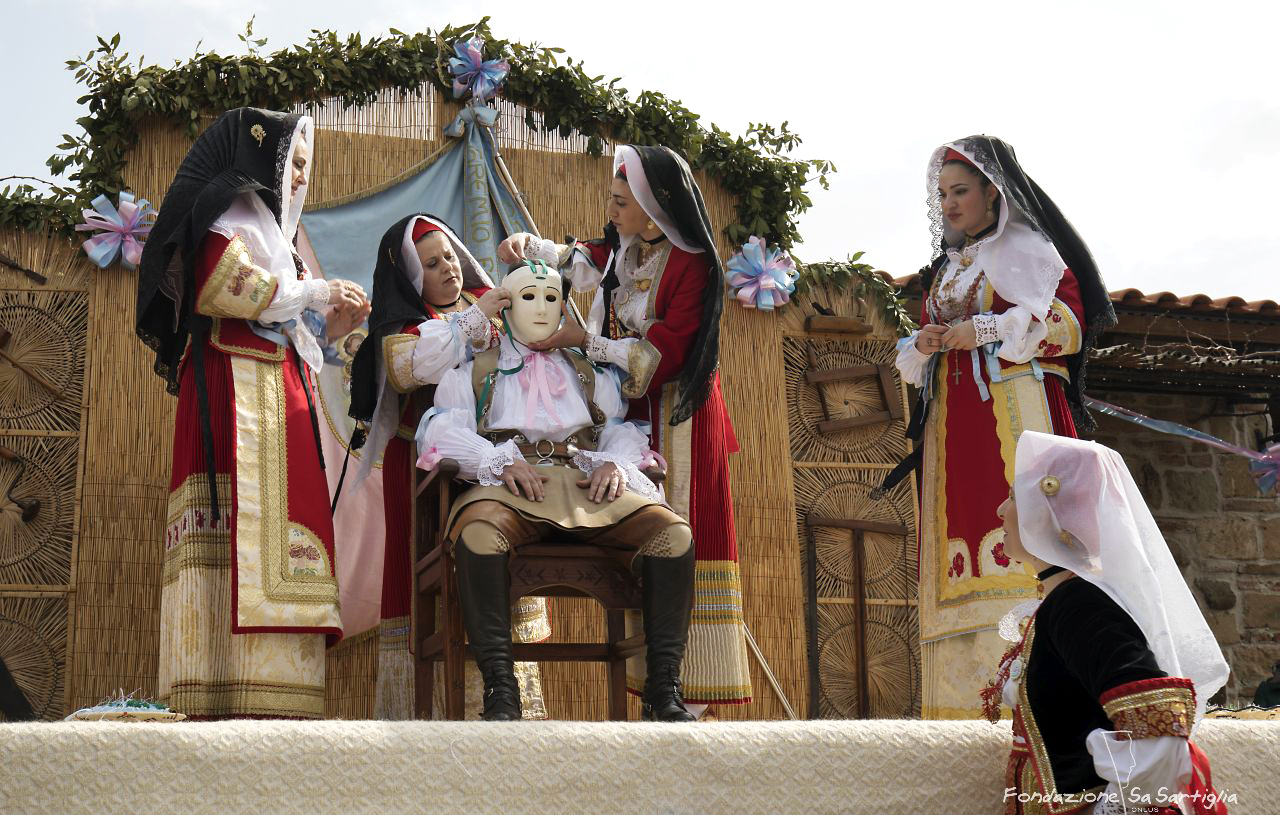 Watching over all who come to see this festival and those who participate is the Su Componidori. He is chosen from the ‘knight’ contestants and is formally dressed in a bizarre concoction of medieval garb in front of the crowds. He initiates the proceeding by blessing the main track, contenders and audience by riding up and down the track and throwing violets into the crowd. 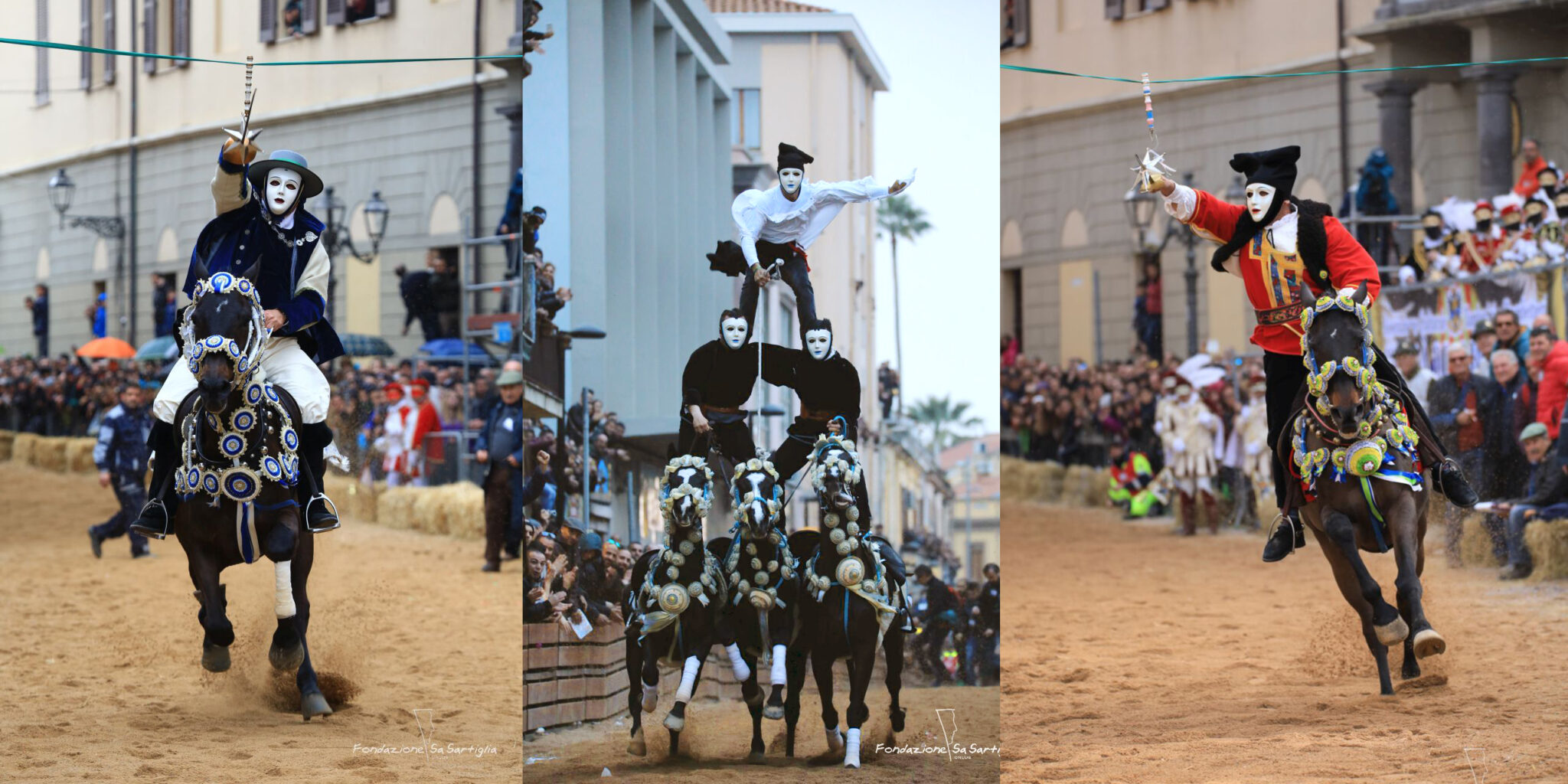 Soon after this exciting display, a joust starts. The aim is to thrust the lance at a star-shaped ring called the stella at a gallop. Imagine trying to aim at a tiny dot as you pelt past thousands of people! The amount of stars that each contender collects signifies how lucky or unlucky they will be at harvest time, as well as wishing luck to farmers and spectators.
The next spectacle involves fantastic acrobatics, hair-raising stunts and jaw-dropping team lifts, and again, this is all done at a gallop. Don’t try this at home! 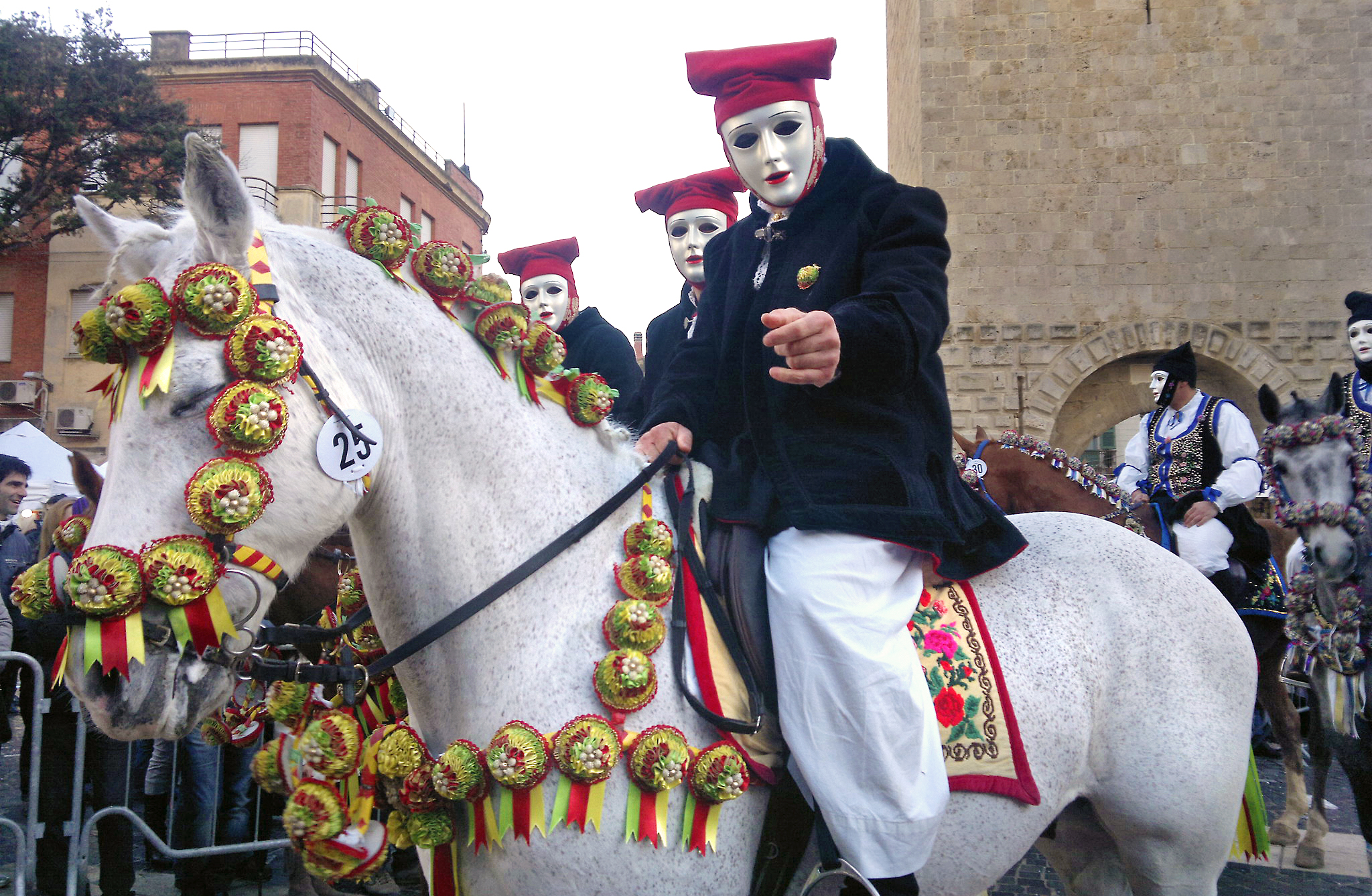 The horses are dressed head to hoof in rosettes and other traditional decorations to match their masked riders. Am I the only one who thinks the masks are a little bit spooky? At least the horses aren’t wearing them, too! 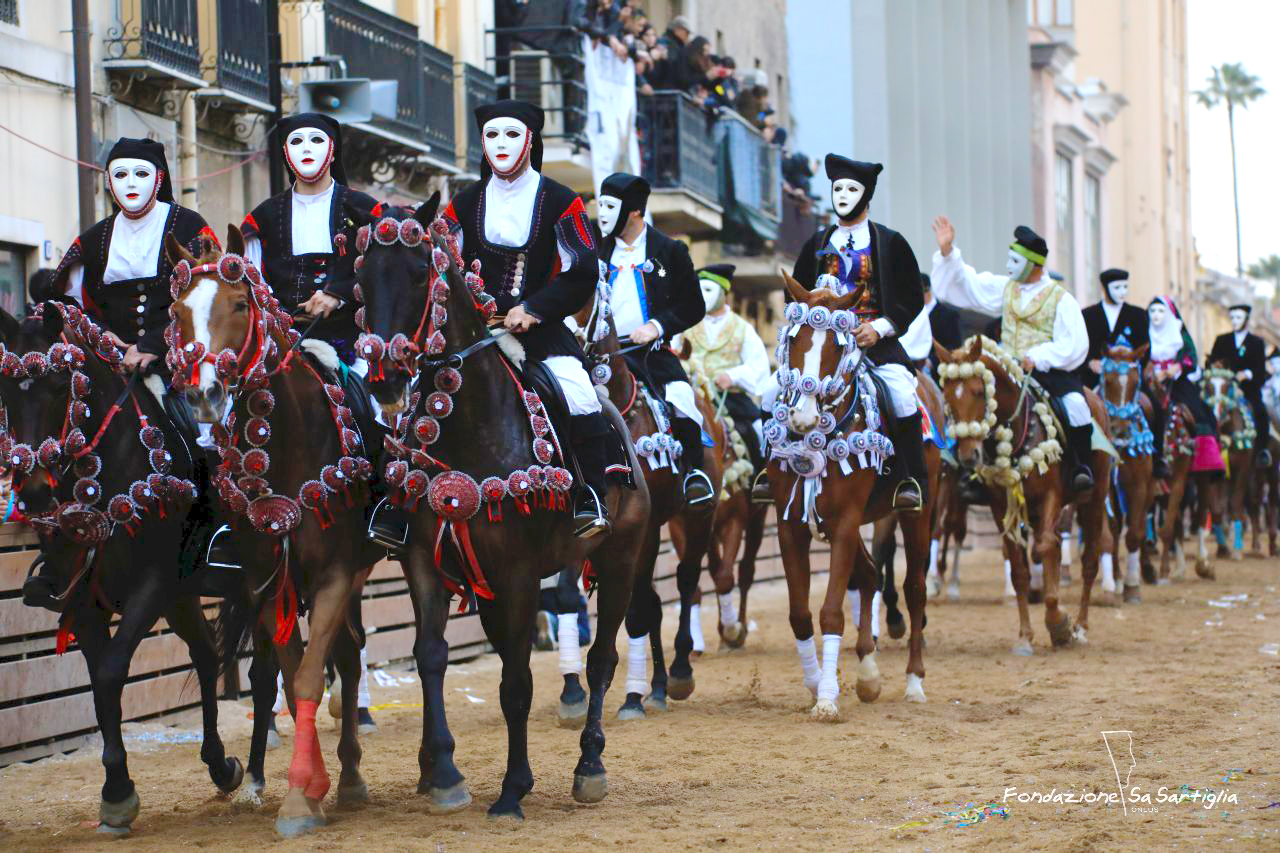 How about that, globetrotters! Would you like to see Sa Sartiglia one day? Perhaps after experiencing The Dolomites Ride, you could meander down through mainland Italy and catch a boat to Sardinia!