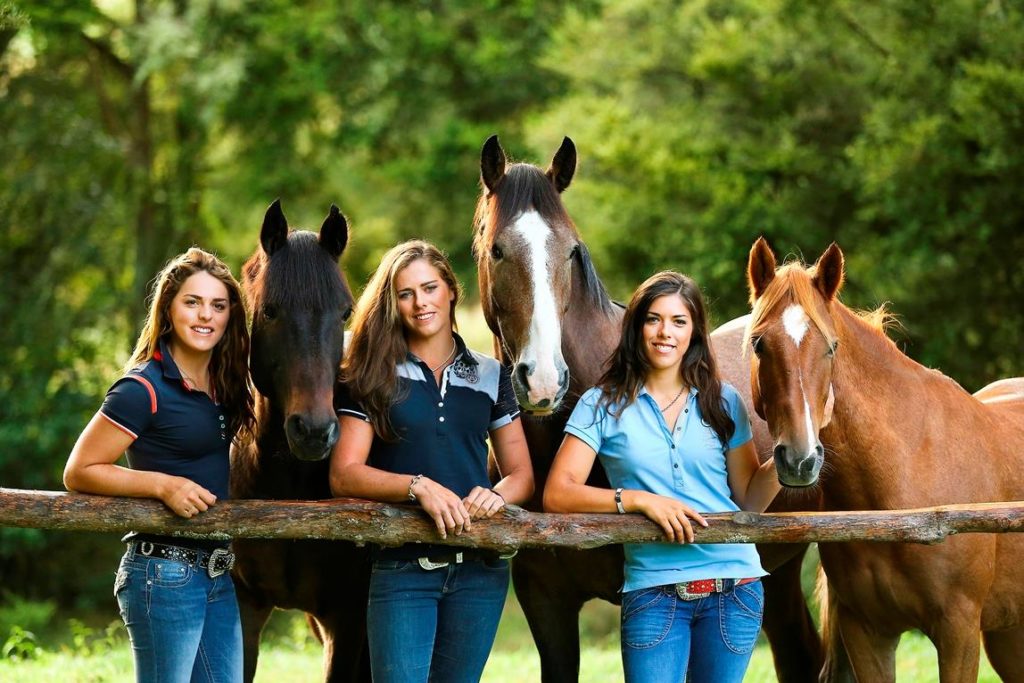 The Wilson Sisters are well-known names in the equestrian world, having competed successfully at the highest levels in show jumping for many years. Vicki, Kelly and Amanda have extended their influence in the horse world over to wild horses after advocating and taming New Zealand’s wild Kaimanawas, American mustangs and the Australian Brumbies.

These Kiwi sisters are known for their passion and determination and are gaining a reputation for their talent of taming and riding horses. Their humble and down-to-earth personalities have made them inspiring and popular role models to people of all ages and their growing success shows that their passion for both life and horses can cross any border. 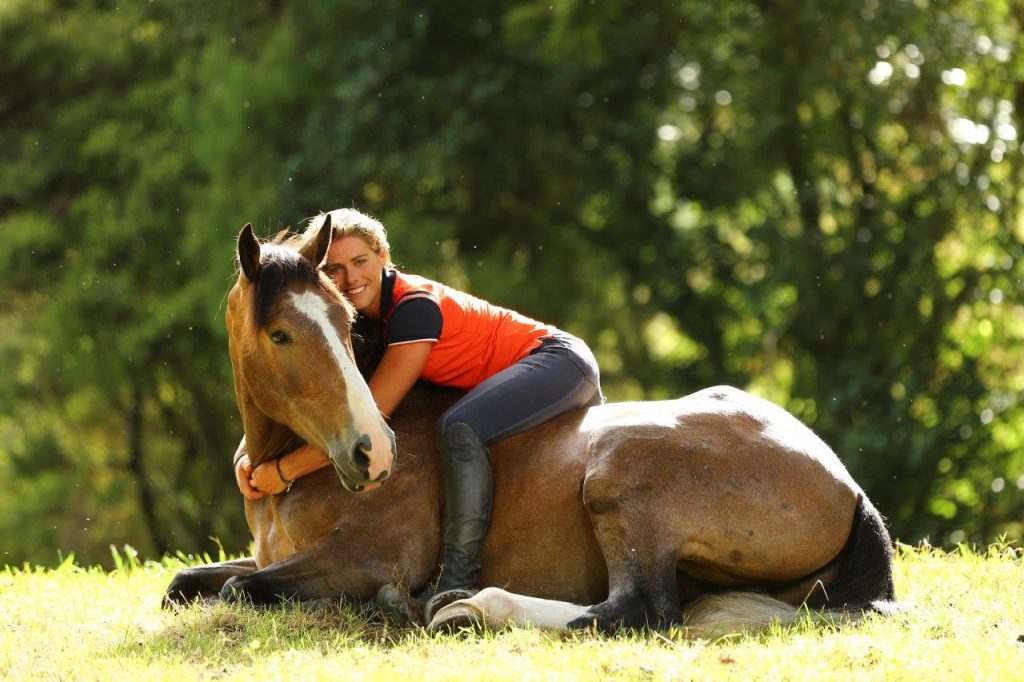 Vicki Wilson is one of New Zealand’s most successful and well-respected show jumpers and is known for her competitive edge and ability to produce happy horses that love their work. She has won numerous show jumping classes at the highest levels right up to World Cup and has consistently been in the winner’s circle since she won her first national title in 2004! She has also won more Lowry Medallions (five times) and Nationwide Cups (nine times!) than any other rider in history. She has represented New Zealand in the winning Trans Tasman Young Rider team three times and has competed under the New Zealand flag in Europe.

Outside of the competition arena, Vicki is one of the country’s top horse trainers and she specialises in fixing problem horses, starting young ones for any discipline and the domesticating wild horses. 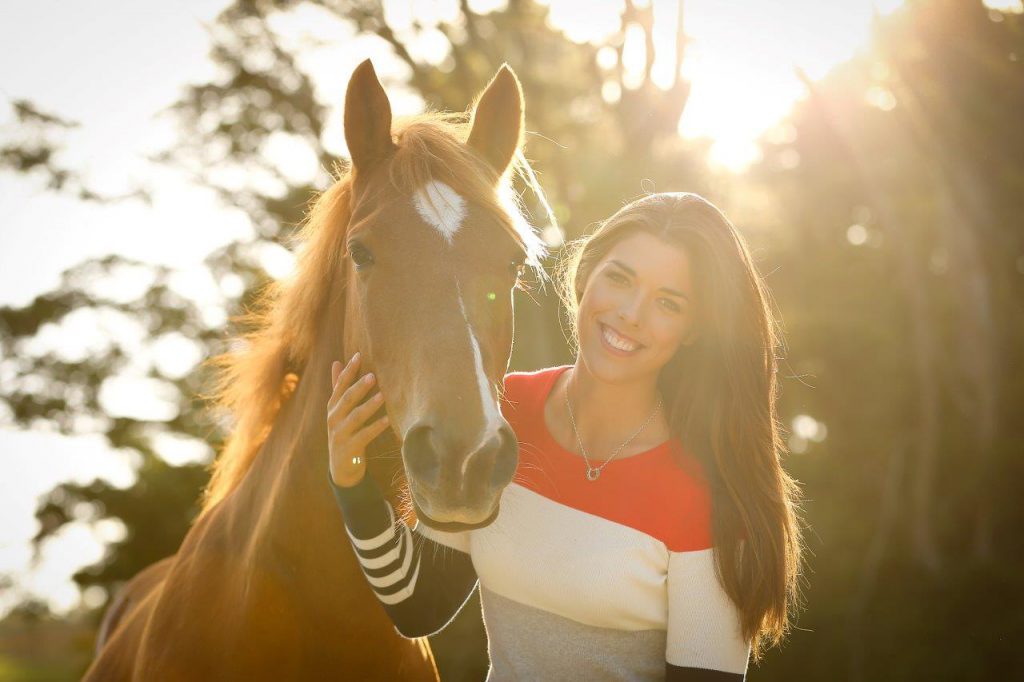 Just like her sisters, Kelly grew up with horses and competed with success including show jumping to Pony Grand Prix level before pursuing her creative talents. In 2009, she graduated from Auckland University of Technology with a Bachelor of Graphic Design and is a highly sought-after freelance designer, equine journalist and best-selling author. Kelly is also an award-winning photographer with numerous accolades including the 2014 National Geographic People’s Choice Photographer of the Year!

Kelly’s true passion is training and advocating for wild horses and horses and in 2014, while working alongside Kaimanawa Heritage Horses, she was inspired to launch the Kaimanawa Stallion Challenges. This became a national training initiative to encourage people to rehome the older horses from the biennial musters.

In recent years, Kelly has found a passion for writing and published her first book, the No 1 bestseller For the Love of Horses, with Penguin Random House in 2014. The best-selling Stallion Challenges followed in 2015, cementing Kelly’s future as an author. 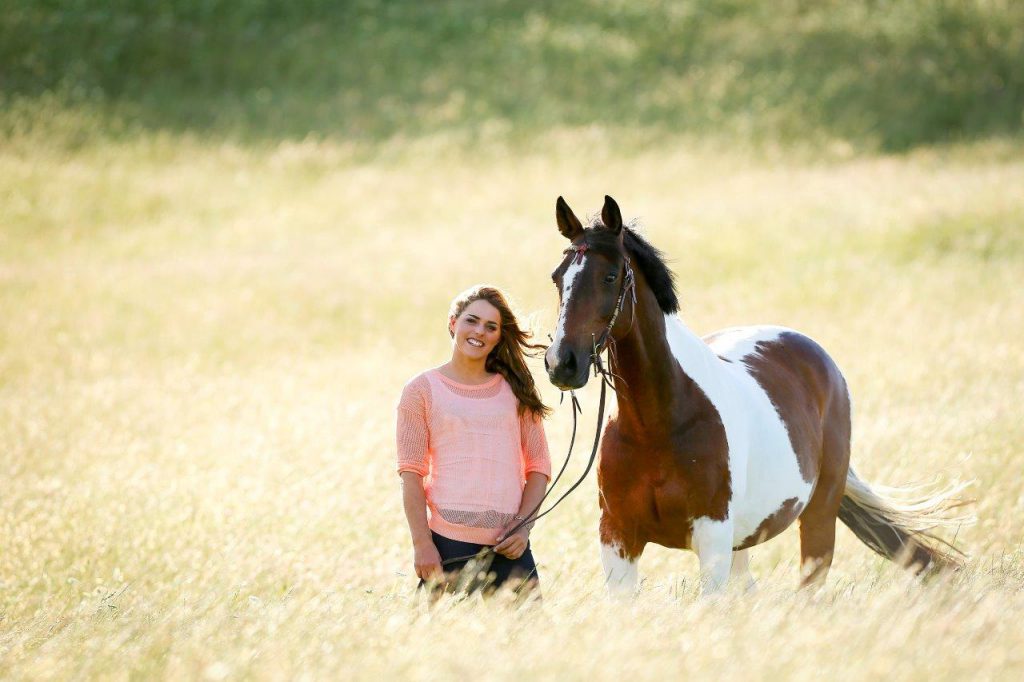 Amanda Wilson has been positioned as one of New Zealand’s most promising show jumping riders, riding only pintos. The paint ‘Showtym Viking’ first brought Amanda into the public eye when she won the 2010 Show Jumping Pony of the Year before going on to win many Young Rider and Grand Prix classes. Recently Amanda has produced with success ‘Showtym Cassanova’ to Grand Prix, Super League and World Cup level and the duo has won and placed consistently including top finishes in the 2015 and 2016 Olympic Cup (one of the most prestigious show jumping classes in Australasia).

Amanda has a passion for young horses as she loves to begin with a blank canvas and her gentle approach to working with horses produces highly effective results. Amanda has, from this, earned a reputation for producing some of the best young horses on the show jumping circuit.

Amanda also has an equally strong passion for film and in 2012, together with her sisters Vicki and Kelly, she saved 11 wild horses from slaughter and filmed their journey for the documentary Wind Eaters. This documentary attracted the interest of New Zealand’s leading television network and the Wilson sisters’ work was filmed to create the top-rated television series, Keeping up with the Kaimanawas with Amanda as the second cameraman. In 2015, she filmed her second documentary, Mustang Ride, which follows the sisters’ journey taming American Mustangs.

This multi-talented, horse crazy trio have accomplished amazing feats together and are continuing to do more for the wild horses all over the world! I might be bias but you’ve gotta love some girl power globetrotters, such awesome girls don’t you think?