A horse named after a hard liquor is my kind of horse and that’s why I’m thrilled to introduce you to Johnny Walker, one of the guest horses on the Big Horn Cattle Drive in the US. With any great name you expect a great personality, and that’s exactly what you get with Johnny Walker! Just a hint: don’t leave your sandwich anywhere near him when you stop for lunch or you may just come back to an empty plate and a horse with a huge smile on his face, licking his lips. Oh, and PB&J sandwiches are his favourite!

So let’s get to know this quirky horse with a great name. 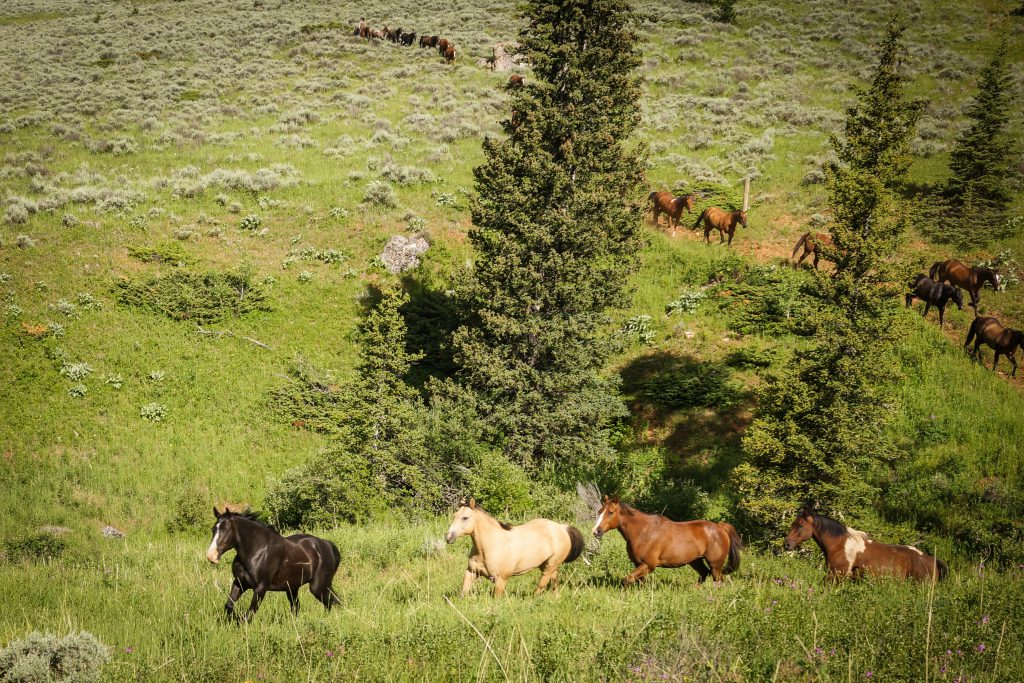 How did you find the horse?
We just answered an ad in the local paper. When I went in to look at him I didn’t wear my boots or hat that day. The guy who had him for sale assumed I was pretty inexperienced because I didn’t look like a cowboy. He suggested that he should ride him first since he hadn’t been ridden since the previous Spring. As I watched this guy saddle it was obvious to me he was the inexperienced one and was pretty much a dude. He saddled Johnny Walker up, didn’t lead him around, climbed on him and kicked him into an immediate lope. Johnny Walker went about 20 yards at a lope then bogged his head and bucked this guy off. No shock to me! As he picked himself up out of the dirt, I asked him “What is the horse worth now?”. He was shocked I was still interested.
I then asked if I could ride him. I crawled on, rode him about 20 yards at a walk, stopped him and checked to see if he would side pass. He passed both ways easily and obviously had been very well started as a young horse. I turned him around and rode him back the 20 yards and told the guy I would take him.

How long has the horse been in your herd? Ten years. 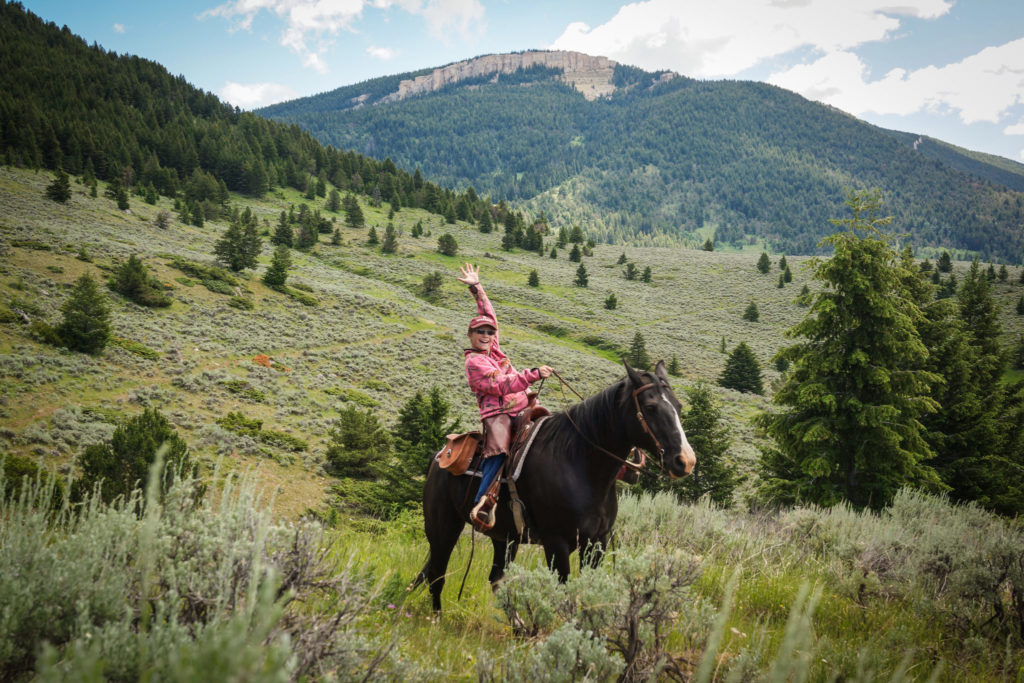 What do riding guests most love about Johnny Walker?
His personality and ability to do everything asked of him, and he works really well with every level of rider.

What do you as guides most love about Johnny Walker?
His honesty and the fact that he won’t panic when things go wrong!

Mention some of his idiosyncrasies.
He loves peanut butter and jelly sandwiches! One of our frequent guests trained him that when she would reach up and push her fingers into his neck, if he would reach back she would give him a trail bar or a piece of sandwich.

If Johnny Walker sounds like the kind of horse you’d love to take for a burn and round up some stray cattle with, then make sure you check out the Big Horn Cattle Drive and reserve your saddle seat today (this ride sells out months in advance!).

You can also meet your guides on this ride, Dana and Alice Kerns, here, and read about another keen globetrotter who fell in love with the Big Horn Cattle Drive here.