You may remember our post back in March where we introduced Clemmie Wotherspoon, an extraordinary rider traversing the 5,330km Bicentennial National Trail with three brumbies. Clemmie’s main goal is to increase awareness of the healing power of animal-human connections and equine therapy, especially Riding for the Disabled. Three months in, it’s time for an update!

Starting from Healesville in Victoria, Clemmie aimed to reach Omeo, a small town on the edge of the snowy mountains, by Easter. From a brush with a bushfire to surprise visitors and new friendships, there were plenty of unexpected happenings before the team finally rode into Omeo on a clear night about a week after Easter. After a well-earned rest for Clemmie and the horses, it was on through Kosciuszko National Park, across the New South Wales border to Khancoban, and finally to Jagumba Station. Clemmie plans to reach Canberra late this month and rest her hardy, loyal brumbies for a good few weeks.

The learning curves
From gear falling off the saddlebags to lost phones to bushfires to insect bites to pig phobias to snow storms to mares running away with a brumby mob (!!), Clemmie’s journey has been proof that when animals are involved, nothing can be counted on to go according to plan! But sometimes that’s when the magic happens…

The best bits
Clemmie’s own words can speak better than ours here, so here are some of her highlights from these first incredible months on the trail:

Finding Whiskey in the bush. Can you believe we found them!!??? Or really… they found us!! 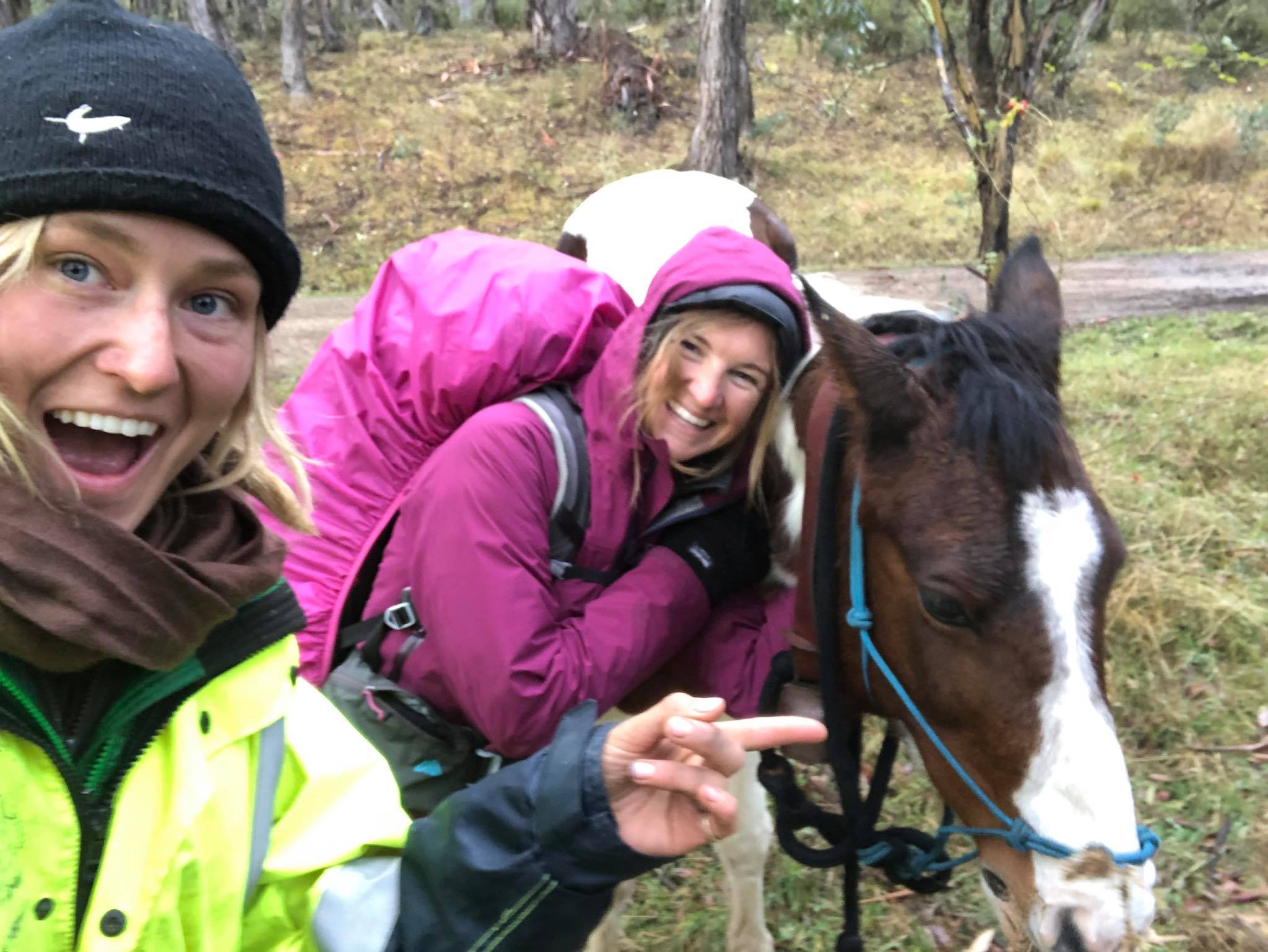 This trip has already drawn in unexpected visitors. I love it! Here is an adorable photo of Mum and Mac, when Mum spontaneously joined me for a week of trekking. (Sharing a rain jacket and bed mat, with only her book and water bottle! She’s one tough cookie!) 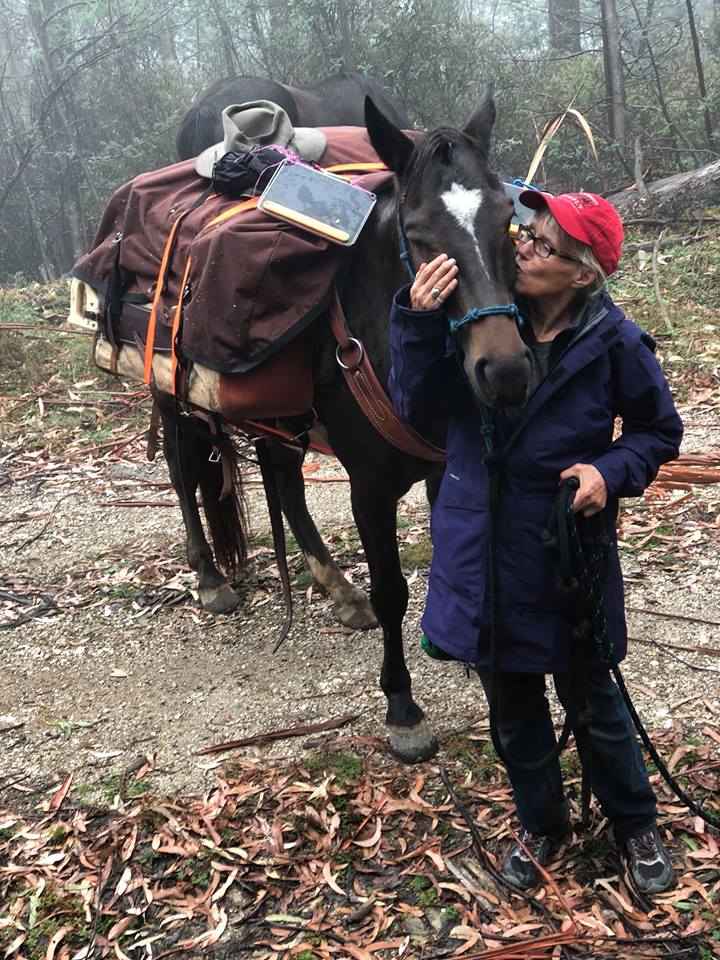 I was dreaming of warm food, a blazing fire and cute boys. Little did I know all of my dreams would come true!! I met two new friends, Oliver and Karim, a young fire fighter/aspiring policeman and a pilot. Over the next few days they fed me whiskey and hot sandwiches, and always kept a roaring fire going! As we made camp another Ute drove in with a bale of hay and horse feed in the tray. It was my new hero, Charlie Findlay, a soft spoken and generous man who proceeded to feed my horses and cook me up pork chops and potatoes! I nearly fainted when he handed me a delicious Kosciuszko beer. 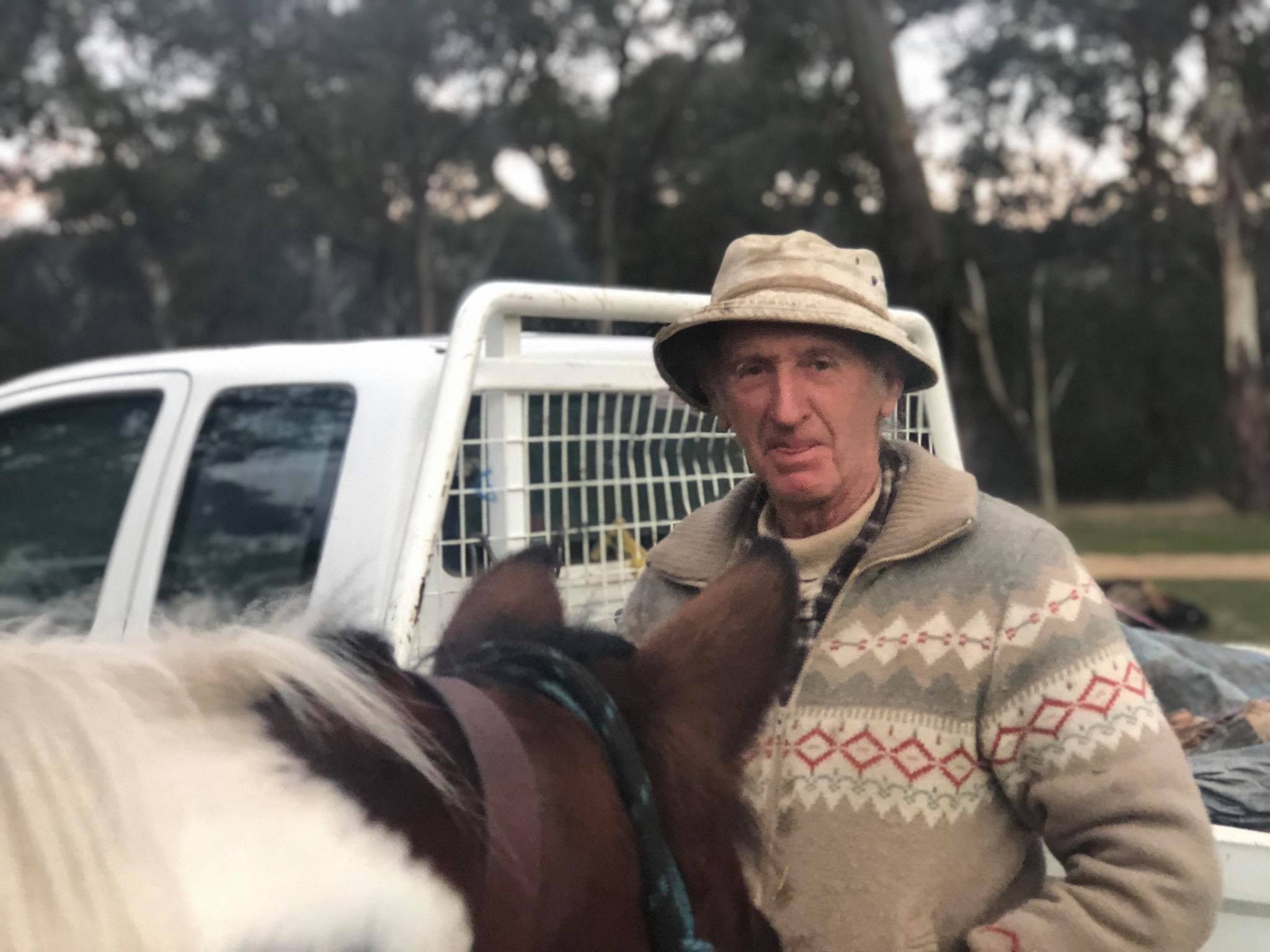 From the mountaintops to the floodplains, through every high and low, Clemmie and her horses are proving the strength of trust and love – between people and their animals, between fellow travellers, between a country and its people, between loved ones old and new.

The goal of beginning a long term pack trip gave me something to look forward to, and a way to pull myself out of a dark hole. Now I have Whiskey, Mac and Zulu as my best friends and family, plus, an ever growing group of loving and supportive friends her in my homeland of Australia.