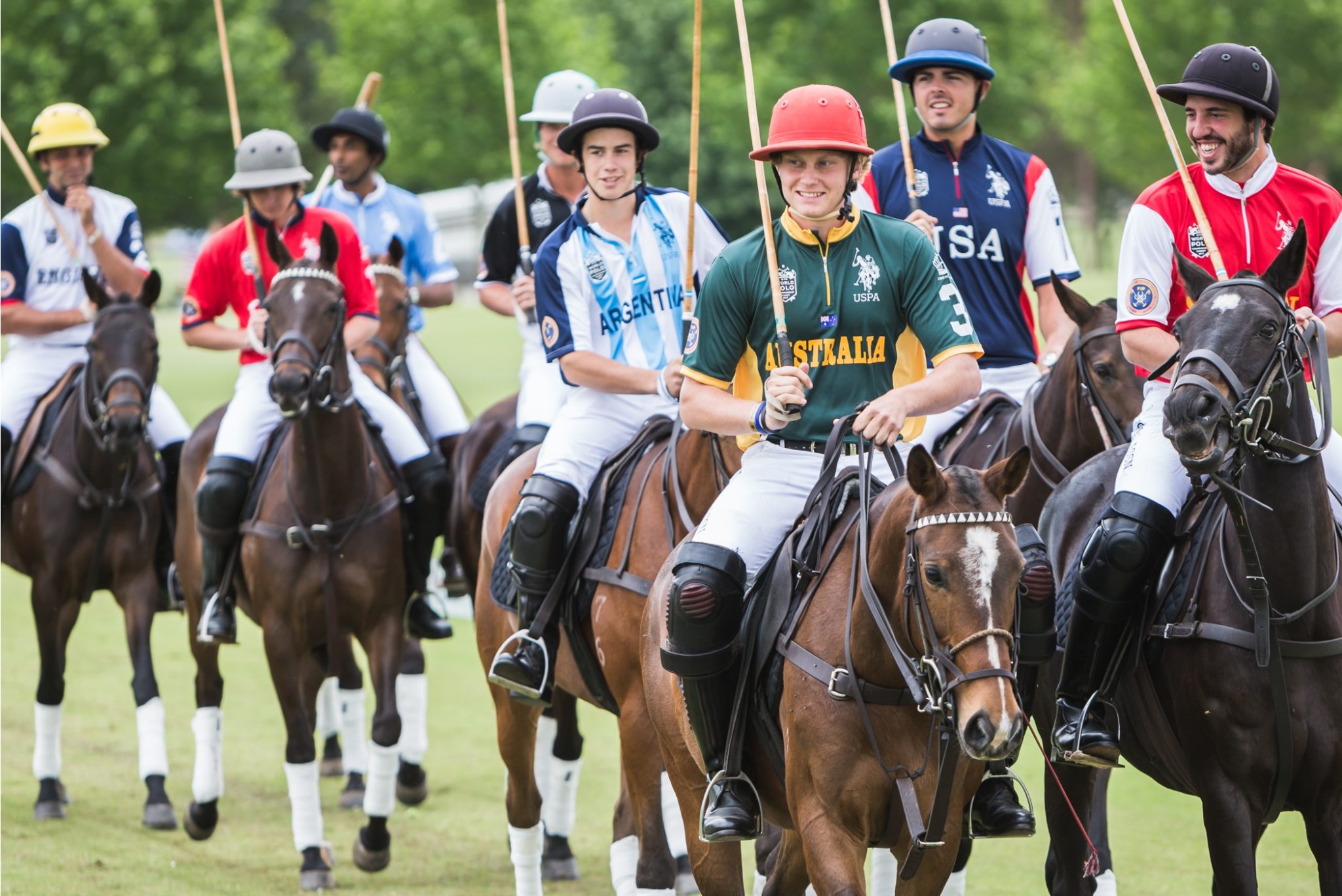 Welcome to the world of polo and the World Polo Championships! While Princes William and Harry might enjoy a chukka or two, there are many other famous polo players from all over the world and when they come together to play with or against one another at the World Polo Championships it’s a sight to behold. This event was last held in October of 2017 at the Sydney Polo Club and is usually held every three to four years with eight international teams playing in a bid to be crowned world champions!

Last year’s game was the 11th FIP World Polo Championship and saw polo fans from around the world flock to down under – there were over 20,000 (!!!) visitors to the Hawkesbury region where the championship was being held! They came to watch elite polo teams from Australia (of course), Argentina, USA, England, Chile, Spain, India and New Zealand battle it out for the title. These guys are the best of the best, the highest ranking and the up and coming polo players who proudly represent their countries.

Over the long weekend of the championships, there was also other horse-related competitions to watch including show jumping, dressage and a rodeo! There was heaps of live entertainment and as well as things for the kids to keep them busy – #winning for the parents! And speaking of the parents (and all us over-agers out there), there was also plenty of alcohol, live entertainment and equine education. Simply put, the weekend’s entertainment had something for everyone!

The 2017 World Polo Championship had some stiff competition with Australia losing to USA by one point in the initial chukkas to be knocked out completely by Argentina 9-5.5! Argentina went on to verse Chile in the Grand Finals and they won by ONE POINT!

So keep your eyes peeled globetrotters for next time the World Polo Championship is held; it is definitely one event where you would want to be a spectator! Fun, fun and more FUN!