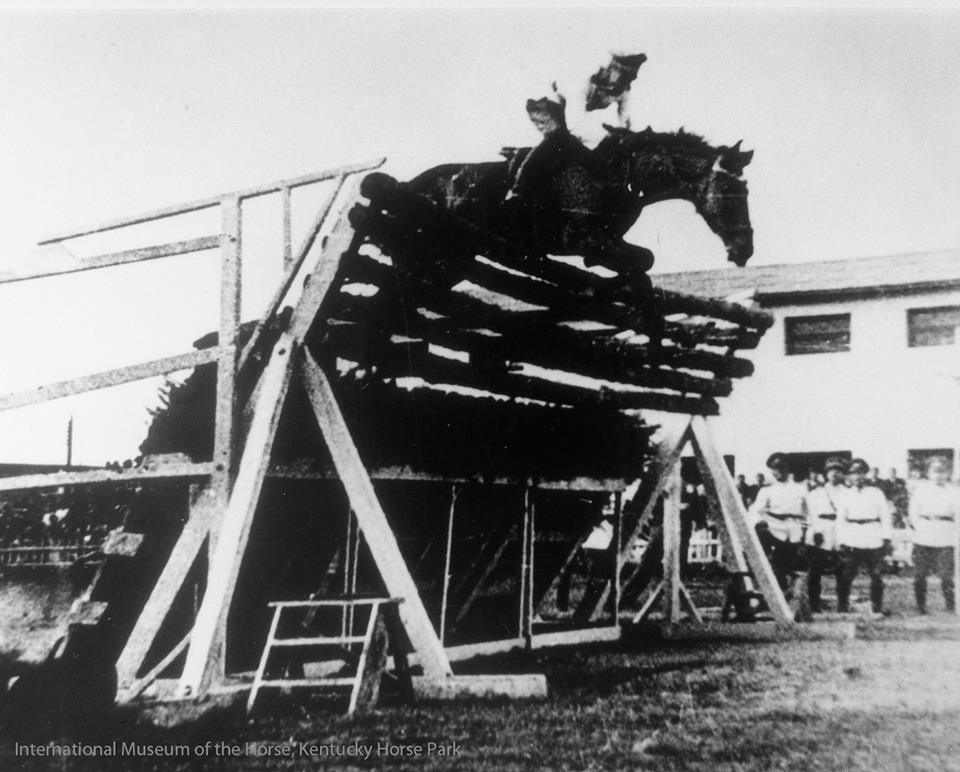 The Guinness World Record for the highest jump by a horse was set by Captain Alberto Larraguibel and ‘Huaso’ in Chile, 1949. The pair jumped 2.47 metres!

Formerly named Faithful, Huaso was born in Chile in 1933. After a failed racing career, a near-fatal injury crushing his new owner’s dressage aspirations and an unpromising start with showjumping, his future was not looking bright. But one day when he was being trained riderless, Huaso bolted and jumped the enclosure wall, which was more than two metres high. An Army horse master happened to be passing and upon seeing this incredible jump, bought him immediately. Huaso was handed to Captain Larraguibel, who set his sights on the national high jump record, then the South American record, and finally the world record. He and Huaso trained for the attempt for over two years. Finally, on the 5th of February, 1949, they were ready. The Captain’s words describe it best:

“On the first try, I miscalculated the distance and allowed the horse to refuse. If I had then applied the whip, the horse would have become nervous, because an animal understands when it’s being asked to perform above his capabilities. In the second jump, I must have made a mistake of a centimeter or so, because Huaso passed [with his forelegs] but touched with the belly and the hinds, and knocked down the obstacle… there was only the third and last attempt left. I recalculated again, and in the precise moment we flew… The most difficult moment was the apex of the jump. My eyes were about 4 meters above the ground and I had the sensation of falling head first. My slightest tremor would have been felt by Huaso; who then would have left his hinds behind and we would have crashed together, but we went over. The moment seemed to last forever. I didn’t hear a single shout and thought that something had gone wrong, but I couldn’t hear the obstacles falling either…”

And with that, a new world record was set! Having achieved this incredible feat, Huaso, aged 16, was retired and lived out his days in peace until his death at age 29. A statue at the Vina del Mar, where the record was set, commemorates the feat. Underneath it are Larraguibel’s stirring words: ‘As for me it was like sending my heart flying over the other side of the jump and then going to rescue it.’

Video footage of the jump can be seen here.