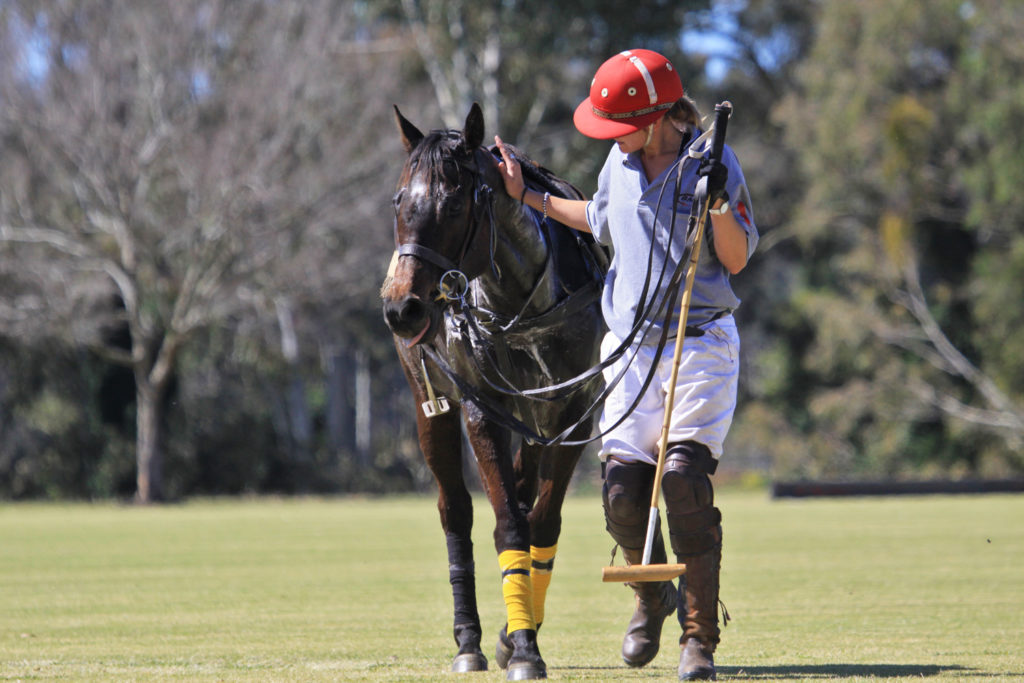 So after six months of pregnancy (click here, to read my thoughts on riding when pregnant) and seven weeks since welcoming Winnie into the world, I managed to squeeze in a couple of rides last week. Strangely, I was a little anxious about riding, post-partem, even though I’ve been there before with our Finn. I don’t know where  the anxiety stemmed from but as soon as my foot hit the stirrup, I felt totally at home. Oh how I had missed that view of peering between my horse’s ears, the musty smell of earth, hair, sweat permeating from my horse and the hypnotic rhythm when astride a horse.

I’ve fallen in love with riding all over again and the freedom it offers. It’s so quiet, no toddler asking you ‘why’ every minute nor a new born demanding a feed. My mobile was off and I had a time restriction of an hour. I chose to ride my polo mare Tilly first as she is my most reliable mare and always so enjoyable to ride. We got reacquainted again in the arena, starting off with ground work exercises that I’ve learnt through Ken Faulkner, (click here to read about a clinic I attended) before starting a series of flat work exercises to soften both Tilly and myself.

Let me explain, we were lucky to have Simon Hill, a well-known Australian polo player, and his lovely family as our neighbours for a short time. We couldn’t believe our luck to have such a phenomenal polo player pitch up next door. Sadly, he’s since moved on, but he had five two-year-olds that were polo bred. Because he is now retired from polo, he wanted to sell the ponies to the right home. I was lucky to get the first pick and I chose a very smart bay mare with a kind eye, a white sock and a splash of white on her face. I’ve called her Mali, after the African country. She’s already showing a lovely, kind, willing-to-please nature and she’ll be brought into work in the next couple of years. For now, she can be a horse without the pressure of learning.

The other mare is Georgie, a chestnut mare who has played bucket loads of polo down in Melbourne with the O’Leary brothers. She’s played high goal polo and also been a horse for beginners to play. My mate, Danny Cook, is letting me trial her for a polo season before deciding to buy her or not. I can hardly wait for the 2015 polo season to begin to try this pony that has so much experience.

So now it’s just a matter of finding the time to work all these lovely ponies. The good news is the polo season doesn’t start until March next year. So I have plenty of time to get my horses and myself fit.

Oh and the other grass eater is Finn & Winnie’s pony Minty, more on her in another post.