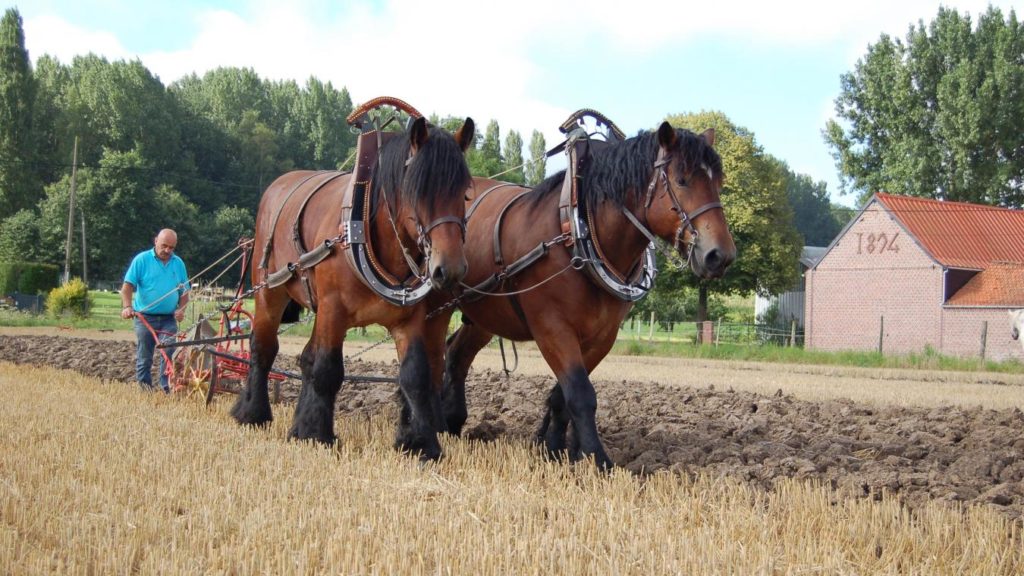 Breed origin: Previously known as Ardennais du Nord or Ardennais de type Nord, the Trait du Nord is a breed of heavy draft horse which developed in the Hainaut area in Belgium as well as in north-eastern France. It was originally considered a subtype of the Ardennes, but was eventually recognised as an individual breed in 1903 when a studbook was opened.

Bred for size and pulling power for agricultural work, the Trait du Nord developed in the fertile Flemish grasslands and in the late 19th century were used extensively in the mining industry. The breed continued to be used extensively right up to World War Two, but after the war they declined dramatically in population due to mechanisation. It was not until the 1990s that the breed experienced a slight revival through an increased interest in recreational riding and driving but it is still considered to be an endangered breed.

Distinguishing features: The Trait du Nord is large, very, VERY large. With stallions weighing upwards of 1000kg, these horses are built for power. The average size of the breed is 16.2 hands and bay and roan are the most frequent colours seen in the breed. The breed’s studbook describes the Trait du Nord as large, well built and powerful, with a large frame and well-developed muscles, energetic, with easy-going and beautiful gaits. These horses are also known to be gentle and easy to handle.

Modern day Trait do Nord: Originally used for mining and agriculture, today the Trait du Nord is used mainly for logging forested areas inaccessible to machinery. In fact, professional foresters often use the breed over machinery to help them preserve the value and biodiversity of forested areas. These horses are still in danger of extinction and their breed association is trying to counteract this and secure the future of the Trait du Nord by finding new markets for it, particularly in the areas of recreational and competitive driving. These horses are also involved in several re-enactments in small villages within France and Belgium which attract good crowds and further encourage education about the breed.