This post follows on from my previous post, Japan in 7 days.  We spent less than 24 hours in Kyoto, which was far too brief. The ancient city cast her spell and I’ve made a pledge to return and explore her cobbled streets, wander through the temples that breathe colour into the monotonal city, dine at the shoe box-sized restaurants and absorb the Japanese way of life – so different to my chaotic life. Under the cloak of autumn (we were in Japan in November), the Japanese gardens were burning with colour.

It was the same situation with Tokyo: a miso soup sniff of the shiny, new city was all we had  time for. With a busy toddler in tow, I didn’t have the inkling nor the head space to wander into any over-priced boutiques, which was probably a blessing for my bank account.

I can vouch for the following hotels in Kyoto and Tokyo, who over-delivered in service at every turn.

The Shiodome, Royal Park Hotel, Tokyo – we got special rates here, so it was within our budget. 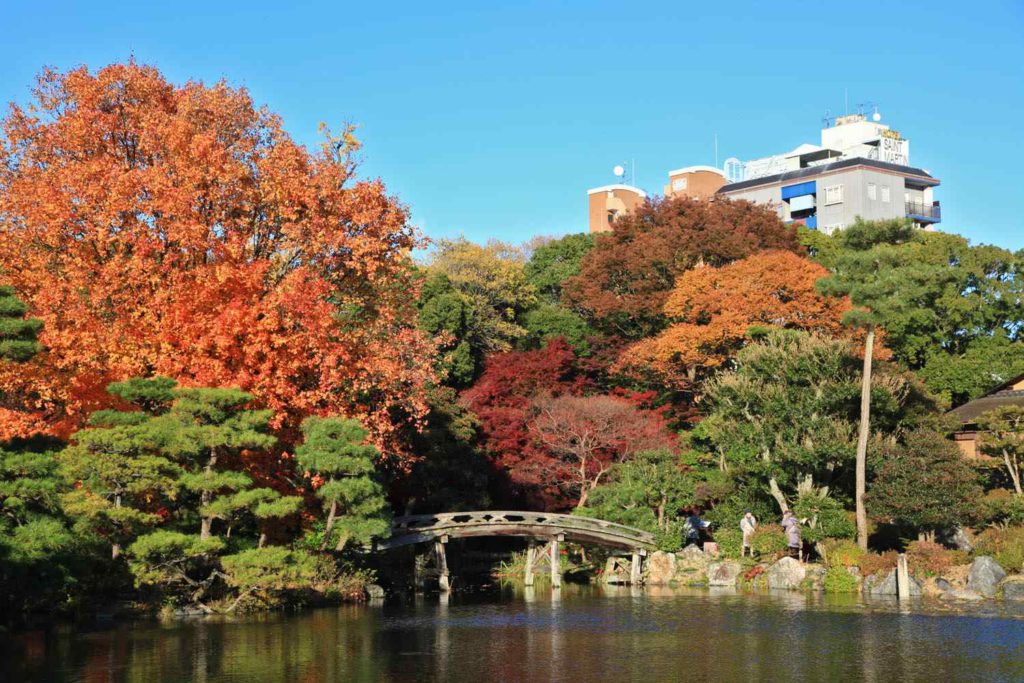 This was the first temple we visited in Kyoto and we were blown away with the intricacies of this hidden garden in the heart of this ants’ nest of a city. 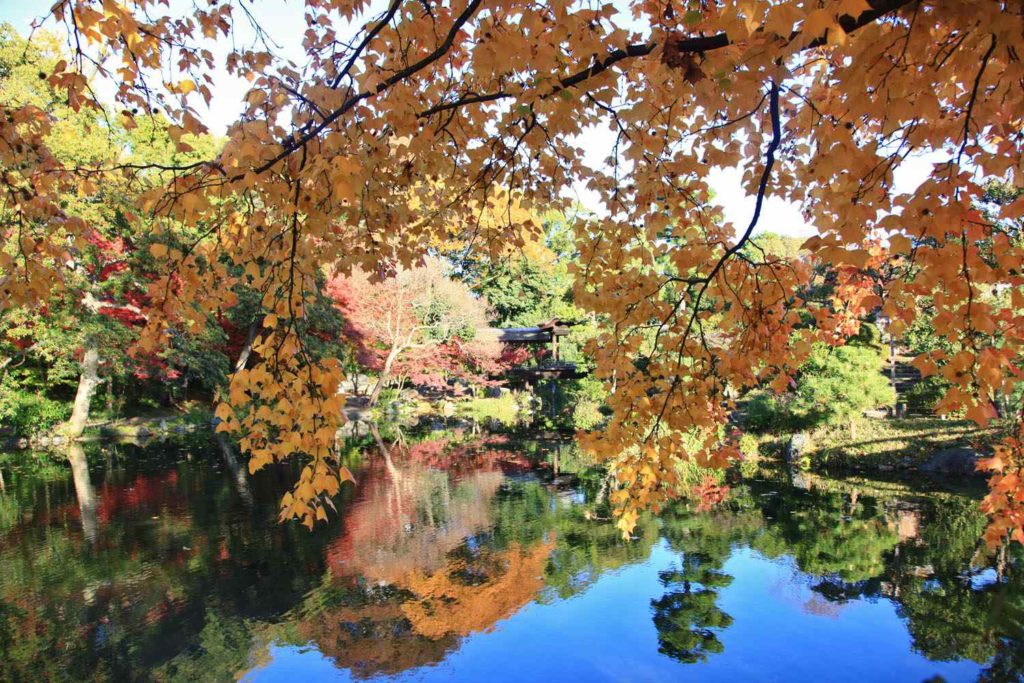 Buttercup yellow leaves fringe one of the lakes in the temple garden. 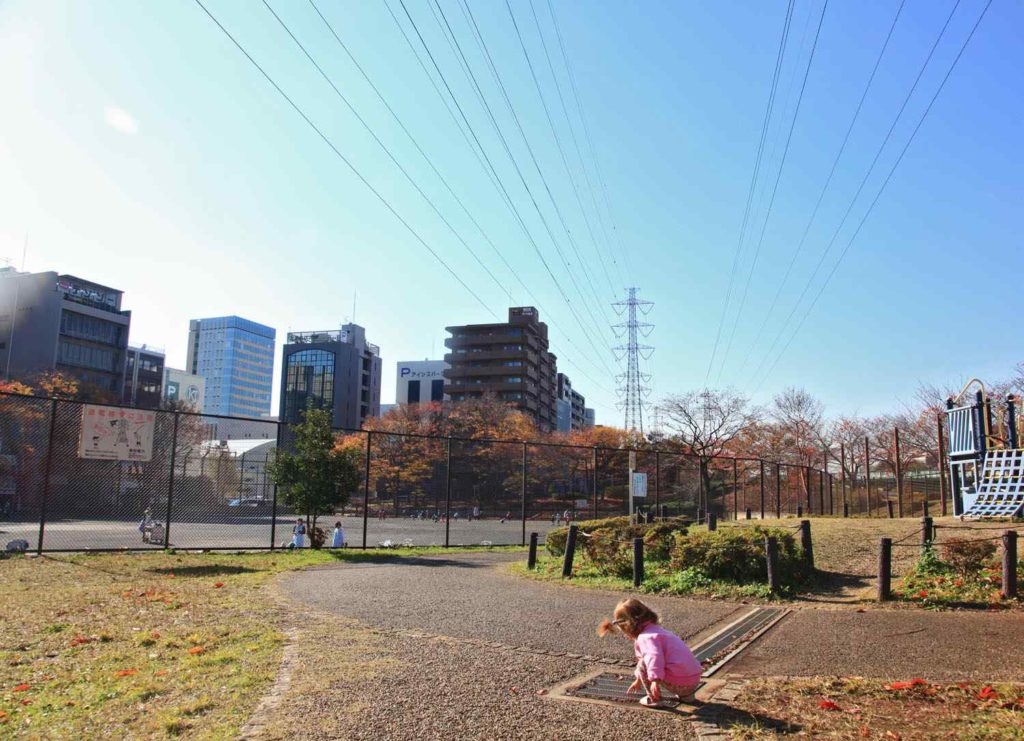 Between visiting art galleries, shops and temples we had to take time out for Miss Finn so she could play, explore, run and tumble by herself without being strapped into a pram. I felt so safe in Japan with Finn, I could comfortably sit at a park bench and watch from afar. Or I could run after her leaving the pram with my handbag knowing it wouldn’t be flogged. This was a refreshing change compared to other countries where we’re watching a toddler and our personal belongings. 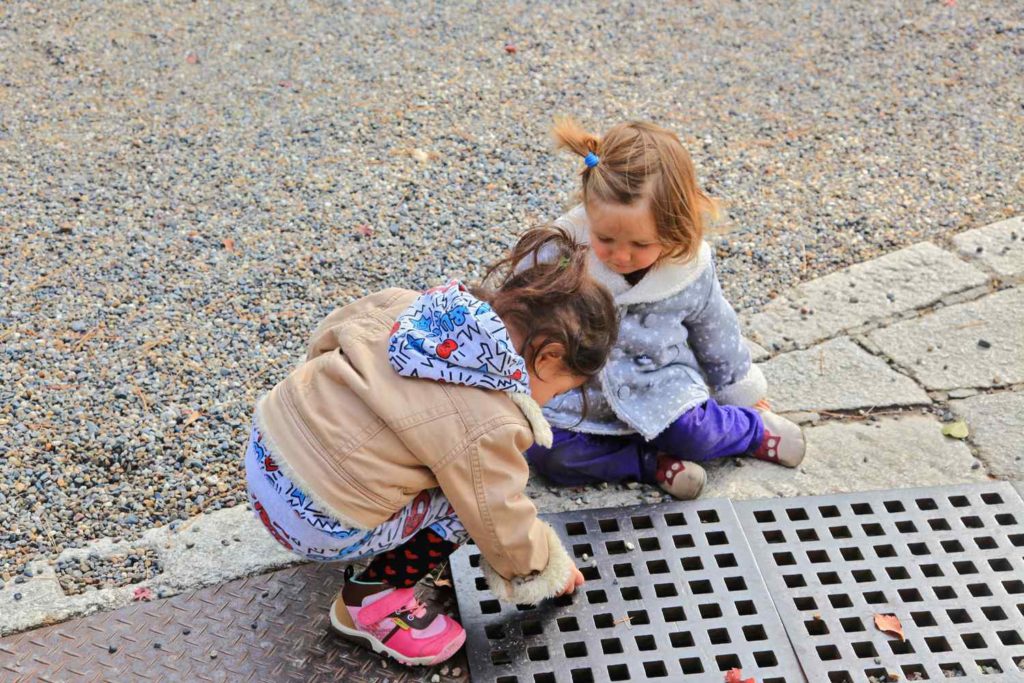 I love how quickly children make friends regardless of language, cast or creed. This little girl took a real shine to Finn, the parents were lovely and we giggled together as we watched the children play. 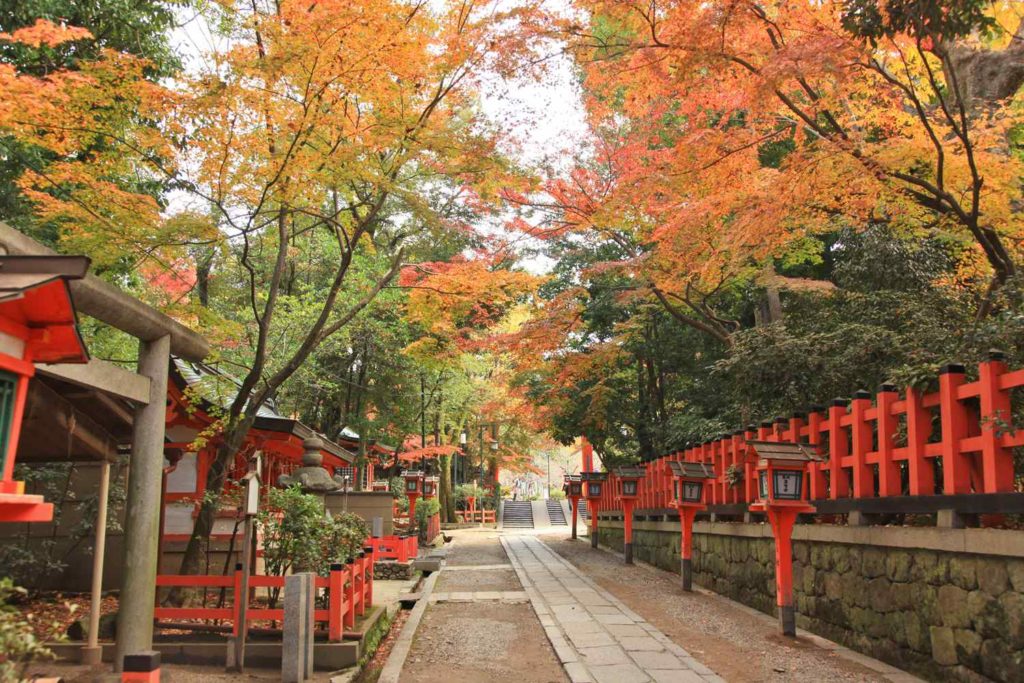 An ancient pathway leading to shrines that sat cheek-to-cheek. With a lot of the temples that we visited in Kyoto I felt we could only appreciate the beauty of our surrounds and missed out on the historical or religious significance as the signage and brochures were predominately in Japanese. I would hire an English speaking guide next time we visit. 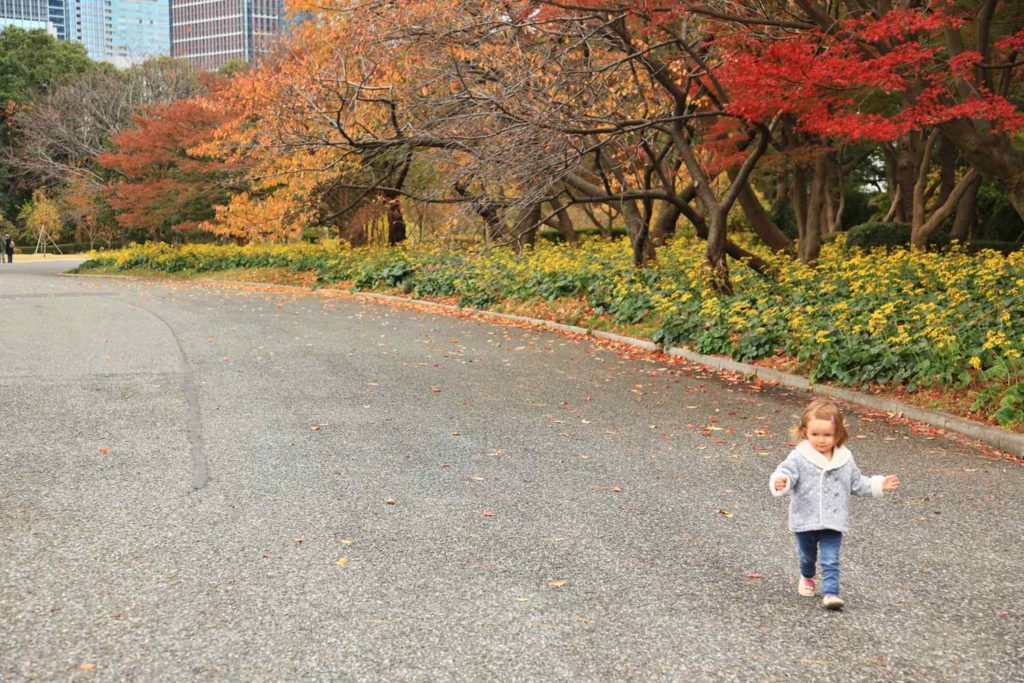 Run, run, run. Trying to wear this little girl out at the Emperor’s Palace Gardens in Tokyo. Do you like her jacket? We bought it in a shopping centre that has an entire level dedicated to children’s clothing. I underestimated the chill factor, so this was an emergency purchase. 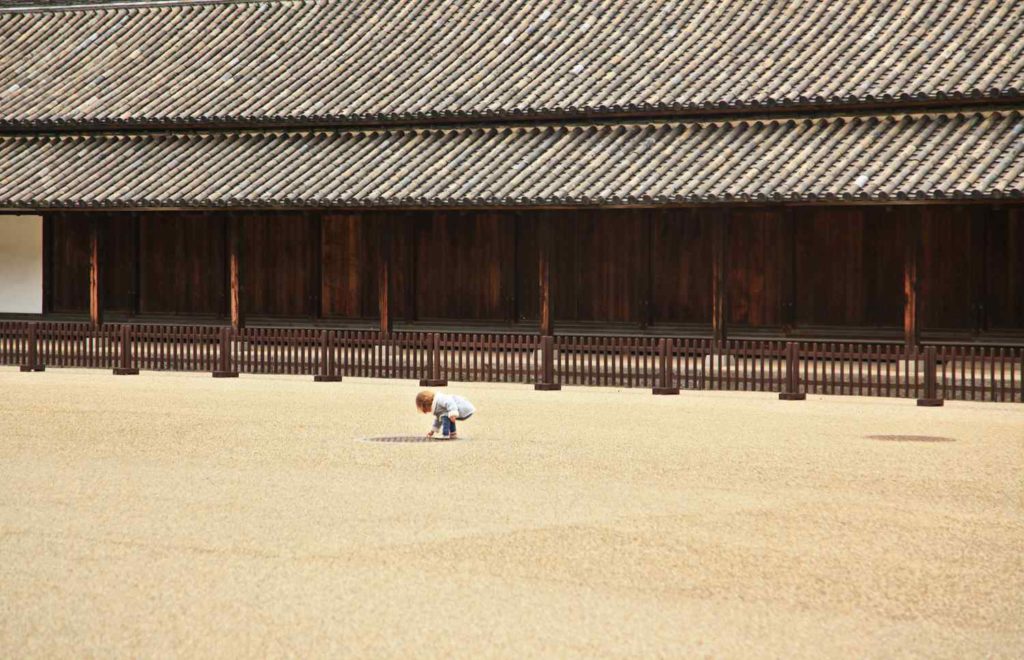 This little globetrotter is a magnet towards drains, which makes me nervy. Plop, she drops pebbles into the narrow cracks time and time again. Better entertainment than the Wiggles on her iPad! Finn loved this concrete playground in the heart of Tokyo, she would throw the leaves up in the air and watch them flutter to the ground. 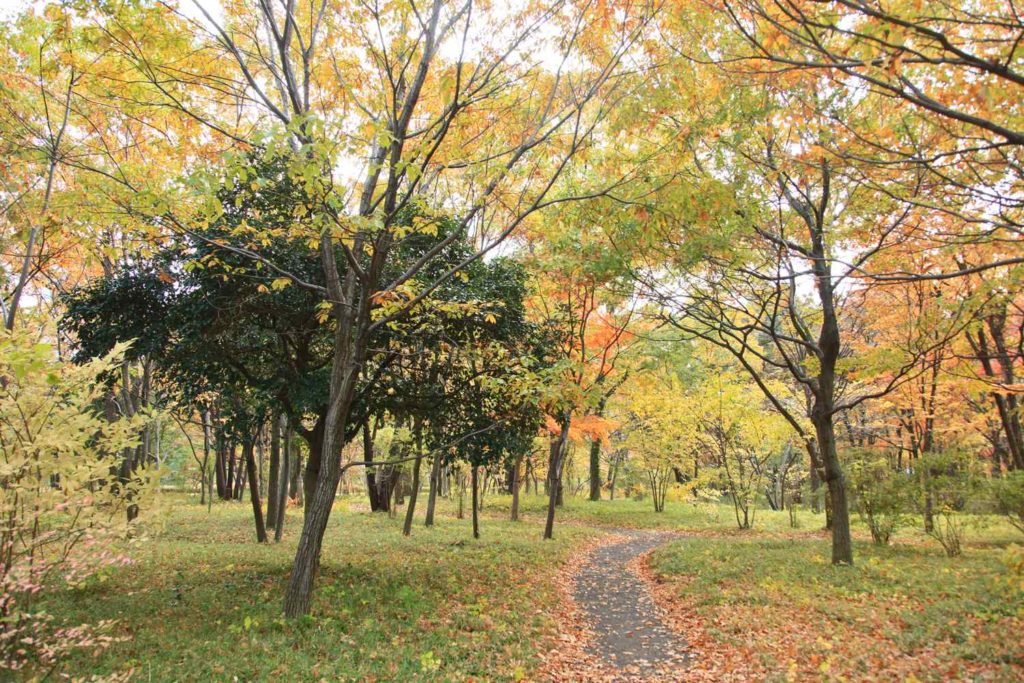 I yearned to be treading through this grove of trees astride a horse when I took this.