A Chilean huaso is ‘an excellent horseman with gentlemanly ways who identifies with the hacienda’ (‘hacienda’ is a South American term for a large estate – think an estancia, but bigger). Heard of gauchos? Huasos are the Chilean equivalent.

Until the 20th century, huasos were far from gentlemen. They started off as bandits in Chile’s early days, helping to uproot the Spanish royalists. As the dust settled, huasos settled down as farmers and cattle workers in central and southern Chile. In the 1800s, as cattle breeding became the dominant way of life in Chile, horsemen were increasingly valued and their skills were carefully honed. Women were not excluded, with the term ‘huasa’ denoting the huaso’s wife or his female equivalent. The ways of the huaso were gradually incorporated into Chilean culture: Chilean Horses, family values, a life on the land, the Cueca dance, the poncho, the chupalla (straw hat), silver spurs and wooden stirrups. A Chilean celebration would not be complete without the huaso chileno, decked out in full ceremonial costume right down to their comically oversized silver spurs. And the Cueca dance of the huaso and the huasa, or China (‘the lady with the elegant dress’), has been adopted as the national dance. But the epitome of huaso culture is the Chilean Rodeo. 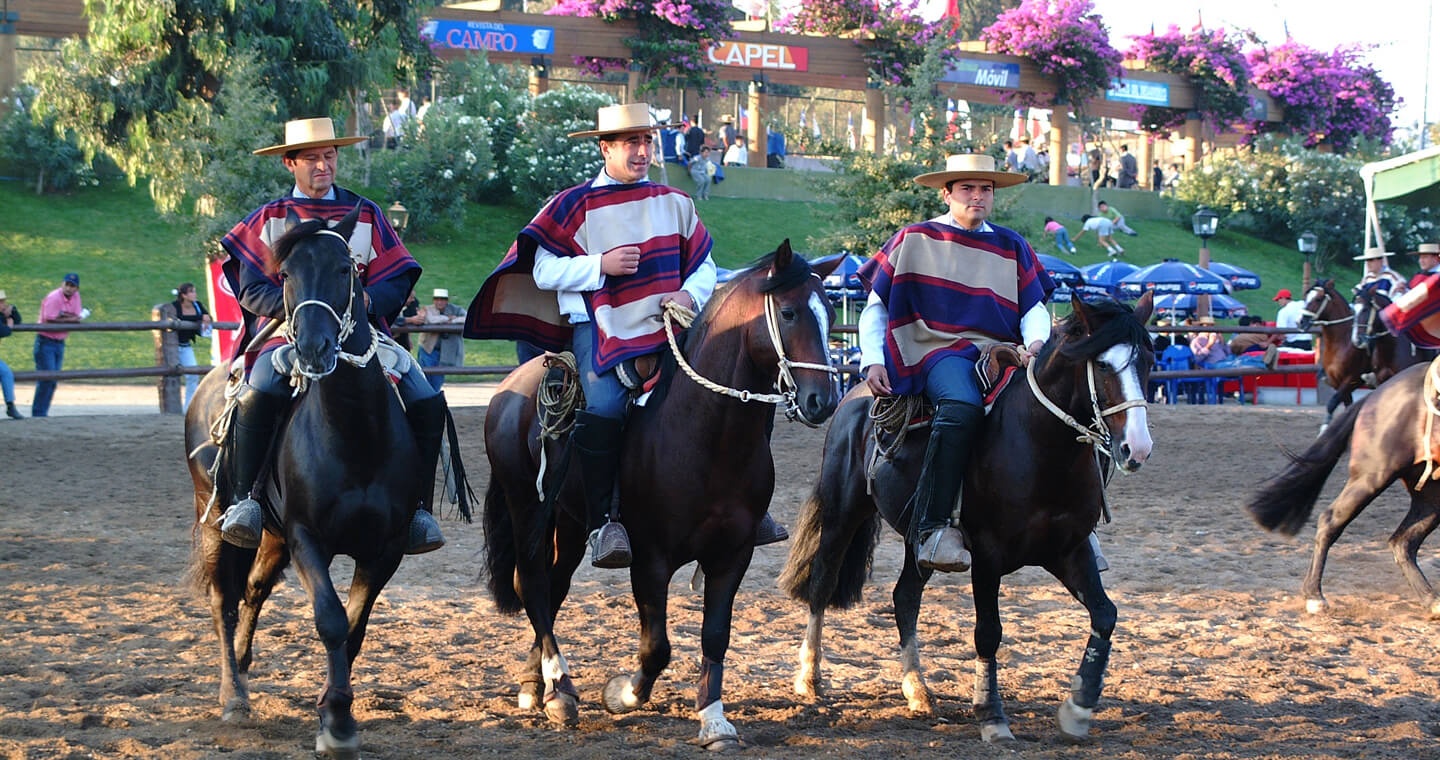 The Chilean Rodeo is the nation’s second-most popular spectator sport (behind soccer). Held all over the country throughout spring and summer, the Rodeos are flamboyant celebrations of the skills and traditions of the huaso. In the half moon-shaped corral, huasos, dressed to the hilt in their traditional garb, compete in events designed to test their horsemanship skills to the extreme. The Chilean Horse is the only breed allowed to compete, and they are born for the task. No other breed is their equal once they step foot in the media luna, and don’t they know it! The huaso and his horse are a proud pair, their confidence in one another unwavering and their ability to pin a cow unmatched. It doesn’t matter if a huaso is a farmer or an accountant, a Chilean or an Englishman – if he devotes himself to the rodeo, respects its traditions, participates in the camaraderie and can make a good job of ‘running the cattle” – he’s a huaso!

Want to see the huasos for yourself? Check out our rides in Chile!