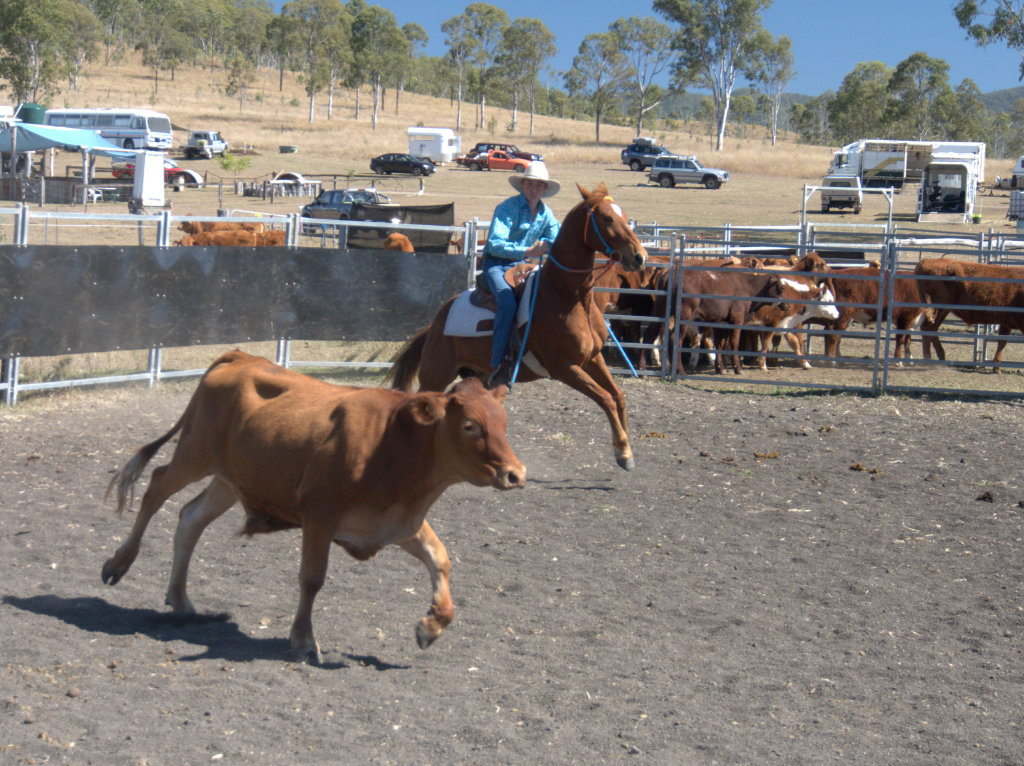 The progeny of Acres Destiny, a sire who has had a tremendous influence on the campdrafting industry, Destiny is a fantastic little horse found on The Rainbow Beach, Bush & Cattle Ride in South East Queensland. He’s athletic and agile and lets rip chasing a beast, but is also happy to switch off and coast along on a long rein, bringing up the rear when mustering. With a resume like that, it’s hard not to fall in love with Destiny. Keep reading to find out more about this little pocket rocket!

How did you find Destiny?
Nearly all of my horses are found by word of mouth – the ones that get sold before they ever get advertised for sale. This was the case with Destiny.

How long has Destiny been in your herd?
I bought Destiny in 2014.

What do riding guests most love about Destiny?
He can do anything! He can slowly walk at the back of a herd of horses with a first time rider who is nervous but he also has incredible athleticism when mustering or campdrafting.

What do you as guides most love about him?
I like him because he can be so athletic, yet canter on a lose rein with his head down. He has a great stop and can chase a beast. He can be on and then switch off. When you are doing a long day of mustering, there is nothing worse than a horse that won’t settle and walk along without jogging. It doesn’t matter how fast they are if they don’t have the manners to walk along calmly as required.

Mention some of Destiny’s idiosyncrasies.
Whatever you are doing, he wants to be part of it. Whether you are lying on the ground having a sleep, eating a picnic, having a drink, doing his feet, saddling up, he has to be involved in EVERYTHING. He is also quite skilled at untying himself and loves a cuddle.

Anything else we should know about his history?
His father is a stallion called Acres Destiny. A quote from a few years ago probably sums it up best: “Acres Destiny has had the greatest influence there has ever been, in the campdraft industry.” I have six horses that are either by Acres Destiny or by one of his progeny.

If you’re keen to try your hand at campdrafting and want to take Destiny for a spin, check out The Rainbow Beach, Bush & Cattle Ride.

Or if you’d like to learn more about Destiny’s owner, Andrew, here’s a Q&A.